Mega Trends in Banking, Payments and Fintech : How Fintech stole into the real economy 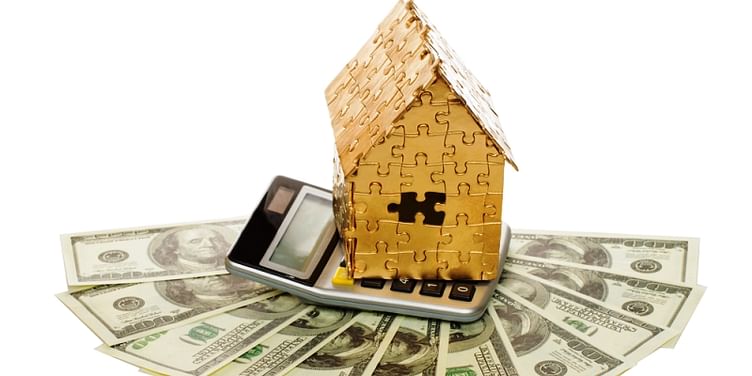 Once upon a time, there were monopolies and oligopolies. Even conglomerates had such concentrated market power that customers did not always get the best bang for their buck. Remember the days when Air India and Jet Airways ruled the Indian skies? Compare that with today's budget carriers and everyday low fares.

The market has undergone dramatic transformation in every sector. Once, the odds were heavily stacked against anyone aspiring to be an entrepreneur. Market incumbents had formidable scale, control over distribution channels, instant brand recall, and customer relationships built over decades, which posed significant barriers to entry. Think of Unilever, P&G. These competitive advantages are no longer seen as insurmountable by new entrants with innovative business models.

Today, it is interesting to note that the market cap of Hilton Hotels is much lower than that of AirBnB, which had no real hospitality assets. Lufthansa's market cap has shrunk to €5.5 billion, half its value a decade ago, while the top dozen mobile apps have a valuation of €88 billion.

According to the 'Digital Vortex' report "Digital disruption now has the potential to overturn incumbents and reshape markets faster than any force in the industry".

In the Banking sector, big lenders are giving board-level attention to the rapid growth of Financial Technology (Fintech) startups in markets ranging from mortgage lending and wealth management to SME loans.

This raises the question: What has brought tech entrepreneurs to the wildly exciting Fintech party?

A huge 12 trillion dollar assets is controlled by a handful of banks. The Bank of England has pumped £375 billion of quantitative easing (QE) into the market and has artificially held low interest rates since the 2008 crash. The US has pumped $3 trillion in QE into the market.

Banks, the biggest spenders on IT, are today known for their archaic systems that no longer respond to what millennials need. The digital disruption of systems in banking, one of the oldest industries known to mankind has spawned a budding ecosystem of Fintech players, with some providing value added services to the old guard, while others chip away at the giants of yesterday, bit by bit. However, banks did not see Fintech as a threat, at least, not until 2015. At the end of the day, the Fintech industry is after an estimated $ 50 billion prize, small change for these banks.

With the growing mainstream popularity of technologies such as Blockchain, the massive disruption has been something of an epiphany for banks. IN 2015, Jamie Dimon, Head of JPMorgan, issued a clarion call to his peers that Silicon Valley clearly had the Banking sector in its sights. This disruption is not the kind imposed by a regulatory body like the Federal Reserve Bank or a crisis like the credit crunch, or even the bankruptcy that befell Greece, all of which affected the world’s banking community collectively. It is the slow but steady growth of Fintech’s influence on the world.

It could be as conspicuous as paying at your retail checkout with ApplePay Wallet or accepting card payments anywhere with Square or Crowdfunding on Kickstarter, or as inconspicuous as the Uberisation of payments in the modest car ride and the "Ripple" of international remittances.

It won't be long before a digital signage offers a student loan, a first-time mortgage or a vacation deal based on your activities on the phone, your gender, age, face, and even emotions! Unilever already has a smile-activated ice-cream dispenser!

In the retail sector, technology has invaded form, function and payments. Retail stores are now experimenting with HD content, background music, sound effects and ceiling LED lighting coordinated to respond to customers when they enter a store. Samsung Galaxy S3 has smart stay technology built into the phone to detect and track eye movements.

From data analytics and biometrics, to cryptocurrencies and wearables, digitalisation is reshaping our experiences and expectations as retail customers. Banks must accept that they are increasingly becoming part of broader ecosystem that customers are constructing around themselves.

We are facing something more disruptive than, and as pervasive as, the global financial crisis. It's the coming together of several game-changing technologies, starting with the iPhone. The increase in computing power, a billion-fold per dollar from 1965, has led to the convergence of mobile devices, retail, Internet of Things, payments, and banking.

Constant and unrelenting change based on the increasing accessibility and functionality of new technology features such as AI, data analytics, wearables, and customers who can't get enough of these new gimmicks – this is the new world order. The stuff that the traditional banking industry considers new such as Facebook, iPhones and Wi-Fi is commonplace for Generation Y. Banks have to become adept all things virtual and at being digital repositories of their clients’ money. And all this means bigger opportunities for Fintech.

Fintech affects the broader economy. That is why the global investments in Fintech have crossed $12 billion till date. Fintech Storm, headquartered in London, considered the global Fintech capital, focusses on disruptive finance and features pioneering thought leaders from across the globe.

For example, Square provides a simple tech-driven solution to a wide problem of merchants accepting credit cards at the point of sale. Square sends merchants a free mobile-compatible CC reader. You just download an app and start accepting payments. Today, Square is valued at $6 billion.

These trends are even more prescient for India, which has a ripe market and enthusiastic masses, and everything good gets magnified hundred-fold. Ask Mark Zuckerberg about the most critical inflection point in the growth of his company. He would say it is when every Indian wants to be on Facebook! India offers 112 million monthly active users to Facebook out of a total 250 million active mobile Internet subscribers, of which 100 million access Facebook via their mobile devices, while 70 million use WhatsApp.

Ms Arifa Khan is the founder of Fintech Storm, and lives in London. She is an investment banker, Fintech evangelist, works on cross-border Fintech advisory between Europe and India, and writes extensively on Fintech and Blockchain. Arifa has an MBA from Wharton School of Business, Pennsylvania, and a B.Tech from IIT Madras. Arifa has recently launched Europe-India Conclave on Future of Banking, Payments & Technology.