The next big revolution? Ratan Tata backs Khan Academy to make education free and accessible to everyone 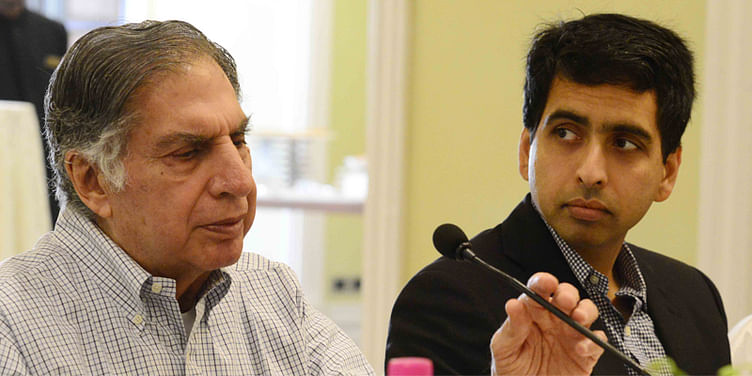 YourStory sees this as a potential revolution in the field of education, for students who struggle to access quality education, for teachers, for schools, for content developers and for edutech startups across India. And also eventually becoming a medium to bring transparency and accessibility in the multi billion dollar education sector in India. Khan Academy founder Salman Khan said he was open to working with ed-tech startups in India to be able to realise the organisation’s vision to provide a free, world-class education for anyone, anywhere.

What’s interesting is that the content will be made available both offline and online through low-cost devices. Khan Academy already has pilot programmes underway in various schools, which also aim to help teachers improve their own skills. It also hopes to rope in professionals who want to teach and therefore impact millions of lives. The problem of access to education in India, let alone quality education, is a complex one. Khan Academy’s tutorials don’t intend to replace teachers, only to free them up to focus on giving students additional help.

Tata described Khan and his approach as “refreshingly different” in the way it aims at not only changing the world from illiterate to literate but also provides knowledge to anybody, anywhere and at any time – a model that will exponentially increase the reach of the $109 billion Tata Trusts.

For me as an Indian and as a citizen of the planet, it is a great privilege to start this partnership. I see it as a great way to make a difference for the generations to come, Tata added.

For those who haven’t heard of Khan, he’s a former hedge-fund analyst with degrees from MIT and Harvard, who set up the Academy after videos he created to tutor a cousin, led to many more cousins asking for help and the creation of many more such videos, all of which he uploaded on the Internet. As word got around, he began getting letters from not just people in the US but from everywhere in the world, explaining how a tutorial had helped them pass an algebra class, or go back to college or help their children. “It soon became clear that there was a broader need for such content out there in the world,” Khan said, adding, “It showed us how much hunger there is around the world among people to tap into their potential.”

At last count, Khan Academy had nearly 2,700 freely viewable videos of around 10 minutes each on subjects like maths, science, and computer science, as well as humanities and test prep. Given its origins, Khan Academy primarily focused on lessons delivered in English. “But when you look at areas for potential for deep impact (like a) huge population with a huge need, India tops the list.Obviously, my family has roots here, and it's close to our heart,” Khan said while talking about Khan Academy’s Hindi language portal which was launched just a few days back. “That’s just the tip of the iceberg. In the next 4-5 years and in the coming decades,we want to be an Indian organisation,” he added.

In the first phase, the partnership will focus on creating educational resources that will benefit children from middle- and low-income families in urban areas, while the second phase envisages content in several Indian languages. The partnership with Tata Trusts seeks to create content for Indian students, first with subtitles, and eventually original content in various Indian languages, and perhaps, find other ‘Salman’s in India.

Khan dreams of every learner in India being capable of tapping into their potential by learning subjects that are of real significance to them and to be able to learn in the language that is most relevant to their context. He wants them to be able to access it, via computers and low-cost phones, which the Academy is looking into.

When I wrote the mission statement about being able to provide a free world-class education for anyone anywhere, it seemed a bit delusional. But we have had success with 30 million users, and now it feels less delusional and more probable. We couldn’t have found a better partner than Tata Trusts, Khan added.

Khan and Tata met through mutual friends, began discussing the issue of making a free education accessible to the masses, and eventually conceptualised the partnership launched today.

Given the type of impact that Khan Academy has had worldwide, not to mention how well known it’s become, it’s clear now that for non-proven models, not-for-profit is a viable option if you’re looking to create an impact that’s both wide and deep through leveraging a technology-based millennial model.

It's not the bottom-line numbers, but the magnitude of impact that matters. Once the impact is established, donors back you again and again. While the venture capital model intrinsically looks for revenue and profits (and there’s nothing wrong with that), the mission invariably gets influenced by different expectations, which in turn risks diluting the goals.

(Disclaimer: Ratan Tata is one of the investors in YourStory)