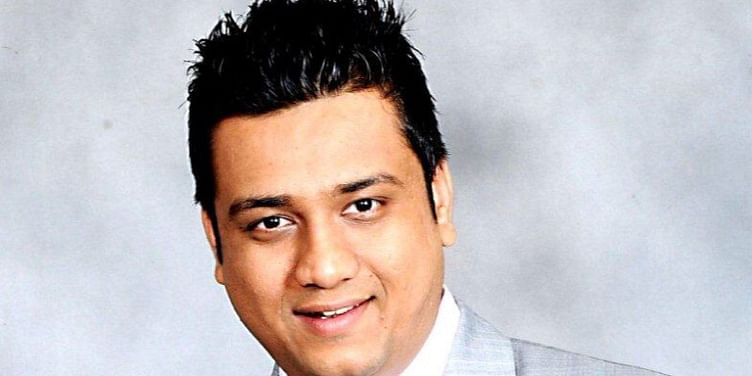 There is a range of home remedies, cure, and alternative medicines you would find for any kind of infections or diseases. Yet, there is a sense of scepticism of whether any of these truly work. However, with the growing demand for cures with lesser side effects, alternative medicines is gaining steady popularity.

Dr. Jawahar Shah, a Homeopathic Physician who has been practicing for 30 years, Punit Desai, and Nidhi Desai found that thousands of patients were benefitting from homeopathic medicine and treatment and yet it wasn’t easily accessible to all.

They saw that most healthcare companies were focussed on solving only one or two issues in the segment like doctor discover, pharmacy, and medical health records and others were online consultations. They realised that there needed to be a more accessible way to bring the homeopathic medicines and doctors to all consumers.

Building and workings of the platform

“We decided to build a healthcare technology platform that caters to the entire value chain by being a one-stop end-to-end solutions provider including, doctor discovery, consultations, providing diet and nutrition plans, medicine delivery, and an assured treatment on a platform housing the best doctors in the world,” adds 31-year-old Punit.

The platform enables patients to consult with doctors seamlessly via various communication touch-points like live chat, video chat, telephone, and email. It helps them store their electronic records in a safe and secure manner for free. The platform also provides patients with interactive tools on their respective dashboards of the portal to manage, track, and monitor their health in the most efficient and simple manner.

How it works for the patient:

Focussing on a health plan

“Our patients take up a particular healthcare plan depending upon the time frame for treatment that we suggest to them. Once the patient takes up a health plan, we get paid completely in advance. In India, we charge patients Rs 3,500 for three months, Rs 6,000 for six months, Rs 8,500 for nine months, Rs 10,000 for a year, Rs 16,000 for 24 months”, adds Punit.

The doctors are on a revenue share model. The main costs comprise of medicines and logistical costs (delivery of medicines to the doorstep), which are only incurred after a patient comes on to health plan.

An idea that grew over time

The idea of building WelcomeCure has evolved over time. Dr. Jawahar Shah has been Punit’s father-in-law and family doctor. Jawahar had in fact designed the software product – Hompath, which designed for homeopathy doctors to manage their database.

Punit on the other hand has experience with Home Shopping Venture Trade Bazaar, and is the Managing Partner at October Films. His wife Nidhi is the COO of the company. After spending close to a decade in the e-commerce segment, Punit realised that most of the customer loyalty goes to the brands or the portals. Home shopping networks as such receive limited customer attention, with wanting to do something that involved more customer impact, Punit decided to work on WelcomeCure.

“For decades now we have had a close understanding of homeopathy and its workings,” adds Punit. Looking at the connections that were already built via Hompath, he decided to join hands with Jawahar and start WelcomeCure.

“We leveraged the database of Hompath and convinced the best of practitioners to join the technology platform to make their practice global by serving a larger geography with their supreme experience in homeopathy,” says Punit.

Having background and practice in the homeopathy space, Dr. Jawahar shortlists and chooses the doctors who are qualified to be on the portal, apart from monitoring the medical content that goes up on the website.

Working on the numbers

However, while the team had the database and the background ready, building the technology to connect patients from across the globe with the doctors was time-consuming, challenging, and a meticulous plan.

Punit says that the most testing and challenging task was to be ready and build a seamless product. The process took close to two years and now they have huge database in the portal and claim to have the world’s largest database of homeopathy.

The portal WelcomeCure was launched in November 2014. In the first one year of operations, most of the team’s efforts were concentrated in strengthening the infrastructure, creating strong collaborations and tie-ups, which was essential to scale the business exponentially.

Within this timeframe, the team claims to have had close to 4,000 patients who visited the portal. However, in the month of December 2015, they started advertising and promoting the business.

“In the last two weeks alone, we have managed to win more than 1,000 patients, which has resulted in our user base crossing 5,000 patients. We expect that in the month of January 2016, we would have an additional 10,000 patients using the platform,” says Punit. The team declined sharing the revenue figures for now.

In October 2015, the company raised the first round of funding amounting to $ 6 million. The team is focussed towards servicing close to 100,000 patients in a year. Their long term vision is to be a mecca of all forms of natural medicines via the online route.

According to Smithsonian, alternative medicine industry is a $34 billion market. Adding to this point a report by Ken Research states that in 2008–2013, the market registered a CAGR of 19.5 per cent.

However, one of the key challenges of the segment is safety in clinical trials and standardisation. There are yet to be enough tests that are to be conducted in the segment and opposing voices talk about the dangers and lack of authenticity in alternative medicine spaces.