How this Bengaluru-based organisation is empowering India’s intellectually disabled 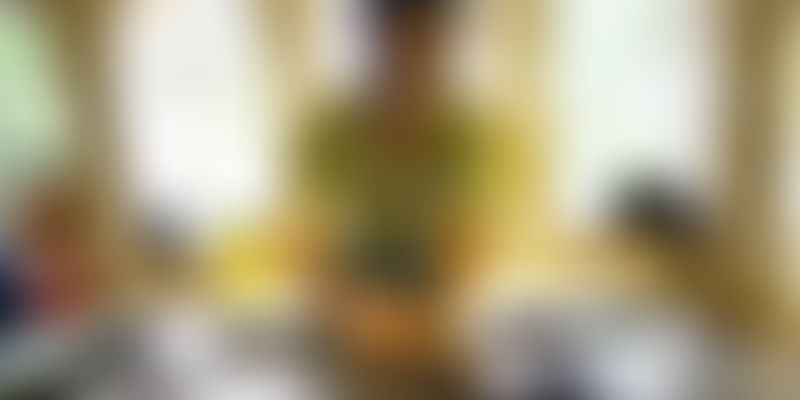 When 22-year old Ravi Kiran was brought to AMBA – Centres for Economic Empowerment of the Intellectually Disabled (AMBA – CEEICs), he had an IQ of 11, much below the normal average of 65 – 70. Unable to speak and perform even simple tasks such as putting pen to paper, he constantly needed someone by his side. But today, eight years later, Ravi has already trained special educators from over 150 partner centres AMBA works with across India. Along with this, he works as a Data Operator and earns close to Rs 10, 000 every month. He is also part of AMBA – CEEICs’ hardware team and travels 30 km for work, changing two buses, all by himself!

“He is a talented, multi-tasker”, says Sugandha Sukrutaraj, Founder of Bengaluru-based AMBA which is a training and business house with a difference, as its employees are adults with moderate to severe intellectual disability. Since 2004, the organisation has positively impacted the lives of over 4, 500 intellectually disabled adults in 18 states of India through their 171 operational centres, which are a part of AMBA’s ‘hub and spoke’ model.

AMBA isn’t just another organization. It is a scalable, replicable model that has shown that it’s possible to bring joy, dignity, social inclusion and economic empowerment to a section of society, which has for so long only been ignored!

What does ‘Intellectual Disability’ mean and where does India stand?

According to the World Health Organization (WHO), Intellectual Disability means “a significantly reduced ability to understand new or complex information and to learn and apply new skills.” Originating during childbirth or early childhood, the intellectually disabled have limited decision-making and problem-solving abilities and find it an ordeal to even perform day-to-day tasks such as traveling alone, cooking food, managing money, or being a part of social gatherings.

India didn’t even legally recognise Intellectual Disability until 2003. According to the latest Census 2011, close to 2.2 per cent of our population is intellectually disabled. However, the Indian Ministry of Health and Family Welfare argues that the real-scenario is worse, with the numbers being around 6-7 per cent. Sugandha Sukrutaraj says, “We don’t have an accurate representation of them due to lack of awareness. Most often, intellectual disability is also accompanied by some form of physical disability. Therefore, when a data collector fills the census forms, they tend to overlook this aspect completely.”

She further says, “There are very few policies that the government has initiated for them. The biggest benefit that can be easily availed is that the intellectually disabled can travel at 25 per cent cost of what normal people do. Apart from that, it’s nearly impossible to avail benefits from other policies. At our Bangalore centre, there are close to 150 adults and only two have received some sort of economic benefits.”

But this doesn’t deter Sugandha as for her

policies are a mere value add. The reason AMBA exists is because I don’t want my children (as she fondly calls the intellectually disabled adults she works with) to be dependent, ever.

How does AMBA’s model work?

Sugandha has developed the world’s first visual methodology of learning called the ‘Learn and Earn’ concept, which empowers adults with below-average intellectual development to perform data entry jobs with 100 per cent accuracy. The entire training lasts an average of 12 months (it may be longer or shorter depending upon an individual’s IQ) and is divided in to three levels –

Level 1 – Non-computer activity – In this level, which typically lasts three months, adults are introduced to alphabets and numbers as images through a variety of activities such as card and board games, which aid in stimulating their mind.

Level 2 – Functional computer activity – Here, the adults are introduced to the usage of computer through MS Word, Excel and Paint; each of which have their own significance keeping in mind the data-entry operations that they will perform later. For instance, as an activity, the trainer fills a Paint page with colours and asks the adult to erase it completely. This helps them use a mouse with ease. Level 2 also lasts for about three months.

Level 3 – Simulation Level – Designed to last at least six months, adults work on dummy forms learning to solve a variety of problems that may arise later.

Within a year, without any formal mainstream learning, adults are able to successfully perform low-skill back office operations such as mail-merging, scanning and dispatch, data entry from handwritten forms, etc. The training is imparted to partner centres across India, which are part of AMBA’s ‘hub-and-spoke’ model through an intensive six-day program, held in Bangalore. To get employment for trained adults, Sugandha’s team approaches corporates with a simple strategy; to outsource a mere two per cent of their work to AMBA.

Over the years, corporates such as Airtel, Idea, Docomo, Uninor, Tata Teleservices, Adiga’s, Duke University, and ING Life Insurance are among the handful of companies that have benefited from AMBA’s capabilities and brought hope to this invisible section of society, which until now, couldn’t enjoy economic privileges of any kind. While AMBA has also placed a few intellectually disabled adults in mainstream companies, the majority remains employed within AMBA centres pan-India. Their salaries range from Rs 1, 500 for beginners, Rs 3, 000 – 5, 000 for trainers and the peer directors earn even up to Rs 20, 000.

Sugandha says, “The highlight of our training is that it’s entirely peer-driven without any defined targets. We have adults who do only five forms a day and there are those who can do over 50 as well. Yet, they all get paid equally depending only on their level; such is the beauty of the AMBA family.”

She further adds, “Our aim is to perform our jobs with zero-per cent error. And that’s why; we only work towards maximising our children’s’ assessed IQs.”

Sugandha and her team are working relentlessly to achieve their audacious dream of impacting 1, 20, 000 intellectually disabled adults by 2025. Along with this, she is also trying to set up a holistic campus – which will provide training and employment opportunities, have a R&D centre, a residential wing with an old-age home and a care unit. After all, as she rightly says, “We all want the best for our children.”

To end, she summarises her arduous yet successful journey by saying,

I firmly believe in the law of attraction. I keep dreaming bigger and bigger, and it keeps happening!