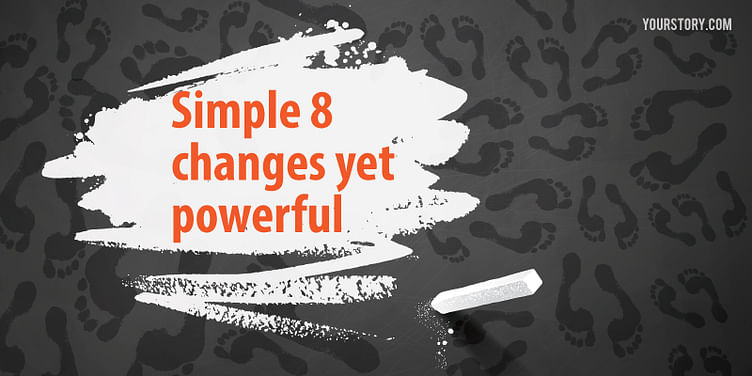 India is the world’s third-largest carbon emitter, just behind China and the US. While China’s decarbonisation rate currently stands at 6 per cent, PricewaterhouseCoopers’ (PwC) report titled, ‘Low Carbon Economy Index 2015’ indicates that India’s carbon emissions due to electricity generation rose 8.2 per cent in 2014.

India has to make rapid strides to meaningfully contribute towards limiting global warming. Last year, at the Paris Climate Conference, India filed its climate action plan, wherein it said it would reduce its carbon emissions by 33 – 35 per cent from 2005 levels, as well as have mechanisms in place, which will assure that 40 per cent of the country’s electricity would come only from renewable sources, such as wind and solar; all by 2030.

But, Vivek Gilani, founder of Mumbai-based no2co2, asserts that the responsibility lies with citizens as much as with the government. He says, “There is an excess amount of raking from natural resources without allowing for replenishment. The issue can be holistically addressed only by addressing the root cause – the individual level of consumption.”

The corporate consumer culture is deeply contributing to the excessive individual carbon footprint. This isn’t unethical behaviour, but mere overconsumption, which can be altered. If we are creating a problem, we have also created a reservoir of solutions.

Vivek Gilani’s no2co2 is a non-profit that hosts three free and user-friendly resources, which offer a wealth of information to individuals interested in reducing their carbon footprint. The ‘Individual Carbon Footprint Calculator’ allow individuals to calculate their c-footprint across a host of parameters such as food and water consumption; electricity; domestic and national travel. Post this, individuals can access the ‘Minimise Energy Calculator’ through which they can explore ways to reduce their c-footprint. Finally, the ‘Sustainable Alternatives Directory’ lists city-wise ‘minimise resource’ providers, who can aid with services such as car-pooling, and installing home-composting systems.

If we do act, we will set an example for other people. If enough other people act, each one influencing yet another in a chain reaction of behavioural change, markets for all manner of green products and alternative technologies will prosper and expand.