Thane’s Viviana has won the “Oscar” of shopping centres, for being the world’s first mall suited for the visually impaired! 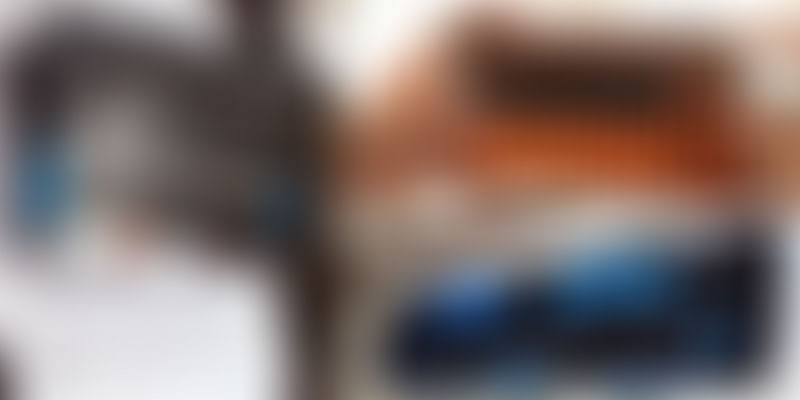 All corporates are evil, selfish and money-minded, they say. It is almost too easy for us to categorise them as Goliaths. We never expect them to work with a community, let alone, for individuals. Here I was though, standing outside a mall I had heard something starkly different about. On the outside, it looked like any other sprawling structure with shiny glass windows and opulent brand names embellishing its facade. Its tag line epitomised the apparent frivolous function of a mall in a landscape “Celebrate Every Day.” Upon inspection, however, I found that their motto did have a deeper significance – they want all their patrons, including the 5,000 visually impaired citizens of Thane, to live up to this motto.

Even as government structures that fall directly under the ambit of the Accessibility campaign are flouting guidelines to make their infrastructure conducive for the disabled, the Viviana Mall in Mumbai’s Thane, a private corporate under no legal obligation to alter its structure, has taken the efforts to alter their premises to be inclusive and welcoming to its visually impaired customers.

The brainchild of their Vice President of Marketing, Reema Pradhan, she championed this cause from the very inception of this mall because she wanted Viviana to also act as a community centre. “We want people to come to us not just to shop, but also to spend hours perhaps just to entertain themselves. We wanted to create a community centre, brimming with activity, that brings people closer together, not just a mall where people come to shop. And we thought, why not make it a place that is welcoming to every individual? We had to think beyond the textbook TG of a mall, and see who else’s life we could add value to. The answer was clear.”

The first step they took towards this cause was through their campaign, Eye Ride, in collaboration with the Xavier Resource Centre for the Visually Challenged (XRCVC). On Independence Day in 2013, a rally was from held Bandra to Thane, a 30 km distance, where they revved their bikes to make some noise about inclusivity, accessibility, and acceptance for the visually impaired, and even received 20,000 pledges for eye donations.

The whole mall gears up

This enthusiasm and success set the tone for further efforts. Viviana took a step forward and became the first Indian mall catering to the visually impaired. The entire space has received a state-of-the-art facelift to become easily navigable. For starters, when the staff manning the entrance notices a visually impaired patron entering their premises, they guide them to the information desk, where they receive a specially engineered floor map with audio tactile or sonic labelling that speaks when a special talking pen is used on it. The same technology has been employed in all the eateries at the mall. Menu cards are available in Braille and are also fitted with sonic labelers and talking pens, given to them by the mall.

The walls of each store have stickers in Braille, too. And should the patron need assistance, all the staff have been given nuanced training to escort them from the way their hands should be held to the way they must be guided.

In 2015, though, as word got out, they wanted to capitalise on the reputation they had built to really make a difference. They connected with Dr. Sam Taraporevala, a dynamic leader who works with their long-term partner XRCVC, to find a gap they could fulfil. This took shape in the form of a computer knowledge resource centre for the visually impaired at the mall, only the second such centre in the city, making Viviana the first mall to have done such a thing. Launched nine months ago, on June 27 2013, the centre can be used completely free of cost. Vikas Dabolkar, 40, who is visually impaired himself, heads this centre and mentors the students.

The resource centre is equipped with state-of-the-art technology and also offers training facilities for the visually impaired. “There are more than 5,000 visually impaired people in Thane itself. Nearly 40-50 students visit our centre every day, and we are equipped to serve twice that number. These students go to normal colleges, and need help converting their notes to Braille. Some visually impaired are only partially so and hence, use a technology to enhance the font size of their texts. The only such centre in Mumbai used to be at CST, which is a long commute for students living in this part of town. We also conduct bi-monthly workshops on using the internet, English speaking, and are also going to build a platform to give employment opportunities six months down the line,” explains Reema.

If the fact that a mall that is completely leased out, has volunteered a 1,000 sq. space for this centre doesn’t reverse the evil-corporate stereotype for you, how about the fact that the technology they have employed in the menu cards and maps costs about Rs. 35,000 per piece, not to mention the 10-12-member staff they have hired to man and maintain it?

As Viviana established their novel marketing strategy by designing accessibility solutions, word spread and it has twice received acknowledgement for inclusive marketing strategy for the visually impaired from the International Council of Shopping Centre Awards, which Reema explains are the Oscars of the world of shopping malls. They are the first mall in India to win this trophy. “We have entered the big league of shopping malls world over, winning over malls from America and Dubai, even!” Reema exclaims, gleefully.

In three months, their website will be visual-impaired friendly too, with audio stimuli embedded. The mayor of Thane took notice of their efforts and offered full support and help in spreading the word about these endeavours. The mall now hopes that more and more visually impaired people access their resource centre and other activities to “celebrate every day,” just as in their motto.