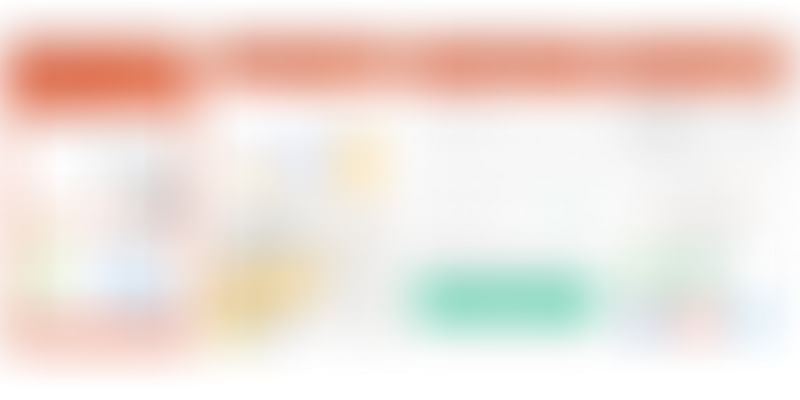 India has now crossed a billion mobile phone users, of which more than 200 million are smartphone users. According to a TechSci report, the mobile wallet market in India is projected to reach $ 6.6 billion by 2020. The growing user base, increasing number of mobile Internet users and favorable government policies are incentives to startup in a sector that is currently ruled by the giants like Paytm, Freecharge, and Mobikwik. India’s app store rankings are ruled by the usual suspects – shopping apps and convenience apps for ordering food/ making restaurant reservations or booking a cab. But to see a Korean from Gangnam, who has been a serial mobile entrepreneur, create an app that the uniquely varied Indian consumer base has adopted so widely, is a rare thing. YourStory caught up with 45-year-old Cheolwon (Charlie) Lee, who has made Gurgaon his home for nearly a decade now. Excerpts from the interview below:

How did your tryst with India begin?

The first time I came to India was in 2002, when working with Real Networks, operating under the brand WiderThan (Real Networks is a pioneer in audio streaming with its Real Player software). I was a partner for HelloTunes VAS for the telecom service providers in my role as Head of Real in India. Interestingly, Mohit Bhatnagar (currently MD at Sequoia Capital) used to be a SVP at Airtel when this HelloTunes collaboration started off. We even worked with BSNL and Idea. Back then, HelloTunes was one of the successful initiatives for telecom service providers to increase their revenue per user and Real was able to take this concept to other countries such as Indonesia, Singapore, Malaysia, and The Philippines.

How did you come around to starting True Balance after your stint at Real?

In 2006, I quit Real Networks and started Access Mobile, a business built on my experience in creating successful Mobile VAS offerings. Some of my colleagues from WiderThan joined the firm with me. Access Mobile, headquartered in Seoul, has been providing apps – Magic SMS, Picture SMS, SMARTEXT and other VAS offerings to telecom players in India (Idea, Tata, Aircel, and Vodafone), Philippines and Indonesia. We have our own offices in five countries, including China, and we operate with local partners in Australia, Vietnam, Thailand, and the Middle-East.

While it was a successful business and is in existence even now, the formal rise of smartphones started in 2008-09, and the mobile ecosystem changed completely. We tried out many new ideas and experimented with them within Access Mobile, but in 2014, we decided to launch a very different product called True Balance under a brand new legal entity called Balance Hero. I am still a shareholder in Access Mobile, but am running Balance Hero as full-time CEO.

What is True Balance app’s functionality?

True Balance focusses very specifically on making the balance check and recharge process quick and intuitive. This focus has made us understand our customer mindset very well, which is reflected in our metrics. The one-touch recharge and balance earning features are partially implemented as of now. We are also building a more detailed analytics module for users to know their usage, along with relevant alerts to keep them informed.

What is the app’s traction till date?

The app has seen more than two million downloads till date, with many of our prepaid customers opening it more than twice or thrice a day. We were ranked 13 in the Lifestyle category and 334 overall for India in January 2016. We have launched in specific Indian cities only, starting from NCR, and we have already seen this kind of traction. The plan is to go global after completing the rollout across India in a few months.

What is the monetisation strategy going forward?

One obvious model is the kind companies like Clean Master have perfected. That is, to focus on getting such a huge number of Daily Active Users (DAUs) that advertising becomes a viable option. It could also be where other apps might pay a fee for every download that is initiated from the app. Given that we have a lot of intelligence on the apps used, usage patterns, data pack and spend patterns, we will be able to provide more targeted and personalised recommendations thus increasing conversion rates.

Secondly, we want to explore the P2P recharge model in the medium term. Plain recharges are a commoditised business with very thin margins (~0.1 per cent). We have noticed that in emerging countries, there are many use cases where a person recharges for someone else – a kirana store owner recharging for a student, friends recharging for each other, parents recharging for their kids, etc. It is almost like a microfinance model where the recharges can happen and then payment can be done after that with a small commission tacked on.

How do you find India as a place to do business in?

I have been visiting or spending a significant amount of time every year in India since 2002. Frankly speaking, India is an open market when compared with a lot of other Asian countries. Even when I was selling Mobile VAS offerings, the Telecom Service Providers were very professional in their dealings. One problem I faced was that given the size of the country, and with each telco operating almost independently within each circle, it took a lot of time to coordinate with every circle, making payment collections and so on. It is almost like working completely different companies even though they are just different circles within the same company.

I am in touch with Vijay Shekhar Sharma of Paytm, since we are in the same industry. He is someone I admire for the work done.

What are the plans for the future?

Our focus is going to be on True Balance full-time, with no other products in the pipeline for the next few years. We want to expand to become an end-to-end balance-related service provider within one app.

We are also exploring the idea of a closed wallet, for which there is no need for a license. This too is something for the medium term.

Which are your favorite utility apps? Tell us in the comments below!