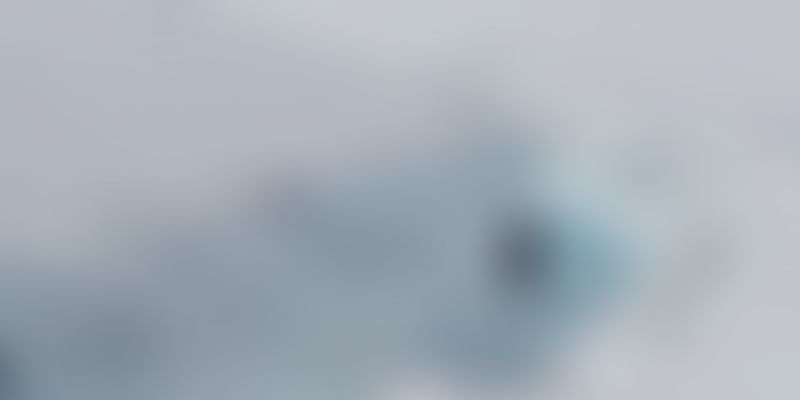 Thirty-six-year-old David Liano Gonzalez is nothing short of a miracle. He has summited the Everest five times. In 2013, he became the first person in history to double summit Mount Everest in one climbing season. He completed both versions of the Seven Summits (Aconcagua, Mount McKinley, Kilimanjaro, Mount Kosciuszko, Everest, Mount Elbrus, Vinson Massif and Carstensz Pyramid). He is also an accomplished paraglider and has flown several cross-country flights in Mexico, French, Swiss and Austrian Alps, Nepal, and US. Passionate about sailing, he has sailed over 7,000 kilometres in the Pacific Ocean – solo, non-stop, and unassisted. If these aren’t enough, David ran over 20 marathons and over 200 races.

As much as David’s story is about these exemplary achievements, his passion for adventure sports, it’s also about how he attaches every adventure of his with a higher purpose. David has assisted numerous families of Sherpas in Nepal, who died while climbing, by starting small businesses to make them self-sustainable, raised money through marathons to treat diabetes among people who cannot afford it in the US, and promoted healthy lifestyle for children in Mexico among many others.

Last year, David spent 37 days traveling over 10,000 kilometres across North and Central India on his bike for the first time. He experienced the socio-cultural diversity of the nation, the deep-rooted problems of poverty and the impact it can have on families. It was around the same time that Bollywood actress, Deepika Padukone publicly opened up about her depression and established the Live Love Laugh Foundation in October 2015 – a non-profit to champion the cause of mental health in India. The aim of the organisation is to spread awareness on mental health as well as carry out various on-ground activities – training general practitioners, creating an easily accessible national database of mental healthcare professionals, starting help-lines manned by healthcare professionals, etc.

David, who has encountered depression in his personal and professional life, was immensely concerned about the high prevalence of it in India and how social stigma is barrier for people to seek help. That’s when he decided to partner with the Live Love Laugh Foundation as ‘Friends of the Foundation’ and he is all set to summit Mount Everest for the sixth time this year. He will be carrying a flag that says ‘#YouAreNotAlone’ and raising awareness on the issue of widespread depression in India and the world and urge people to confront it and seek medical help.

Sharing his personal experiences, he says,

Several members of my family have been victims of depression, bipolar disorders, and anxiety attacks. I have seen both – the consequences of succumbing to depression and the impact of seeking treatment. My 24-year-old cousin committed suicide and, on the other hand, my own younger brother lived with depression for close to two years. At one moment, he would be perfectly normal, watching TV. And then suddenly, he’d have anxiety attacks – he would be unable to breathe normally, his heart-rate would speed up for no reason and there were moments he thought he would die. But he seeked help which made him understand the nature of what’s happening to him. And then, he was able to gain control over his circumstances. Today, he’s married, has a young daughter, and a great job.

Even in his professional career, David recalls encountering many fellow climbers who suffer from depression. He says, “As it is extremely hard to pay for your expeditions, climbers look for sponsorships. But that’s even harder to commit to a sponsor because if the climber fails to summit the mountain, then the relationship with the sponsors suffers immensely, making sponsorships for future expeditions almost impossible. I have seen people break down, cry and go in to depression – and then it isn’t adventure or fun anymore.”

According to the World Health Organization, India is the most ‘depressed’ country in the world, with close to 10 per cent of population suffering from it. One in every five women and one in every 10 men face depression at some point in their lives. India also has the highest suicide rate in the world, with nearly one lakh people ending their lives, annually. Yet, there are approximately 3,500 trained psychiatrists and even fewer psychologists. However, there is a larger problem, rightly said by actress Deepika Padukone,

Most people DO NOT seek help because society has stigmatised depression so much that people do not reveal the agony they are undergoing for the fear of being branded as weak or mad.

On April 1, 2016, David will start climbing Mount Everest for the sixth time, but this time it will be without oxygen. He says,

I hope to hoist the Live Love Laugh Foundation flag on the summit. And as I carry it (the flag) along throughout the journey, it will serve as a symbol of the struggles people with mental depression go through. Just as my journey which is so unpredictable and lined with unforeseen challenges – all of which I will need to overcome to reach the base camp safely, people suffering with depression too shouldn’t be ashamed to come out with it and fight it out to be able to enjoy life’s adventures.

You can follow David’s Everest journey through his social media accounts and help support the cause of mental health and depression using the hashtag #YouAreNotAlone. As David says,

We never know how a little support can give someone the courage to fight their circumstances.