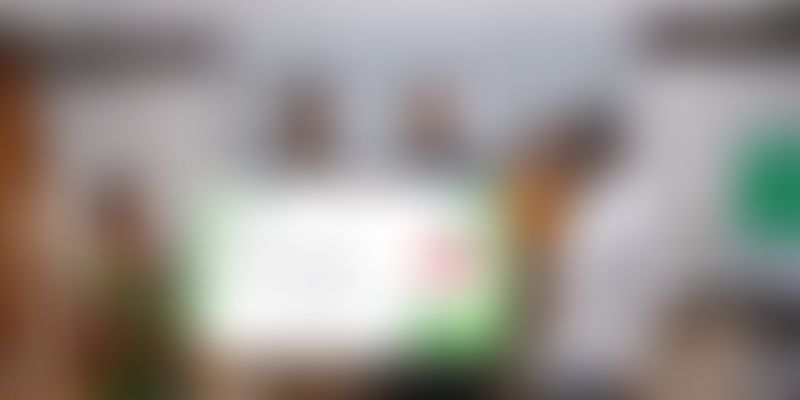 Financing the un-bankable: a goal most fintech companies seem to have these days. With the changing mobile and Internet landscape, there have been reforms in the way data is being aggregated and assimilated. It has, therefore, become pertinent for financial institutions to keep up with the transforming landscape.

In order to transform the way medical loans are processed, Arogya Finance was established. It is a platform that offers medical loans to those who are traditionally believed to be un-bankable. With Arogya, one doesn’t need collateral or income proof; the platform uses a risk assessment tool that allows them to finance people outside the formal banking system.

Cusp of the idea

The idea for Arogya Finance came to Jose Peter, who is also the Co-founder of Index Advisory, and has served on the board of several companies. He has also served as executive committee member of FIDC (Finance Industries Development Council), an apex organisation for financial service companies.

While developing a patient financing programme for a medical device company, Jose came across a disturbing statistic: in India, every year, over 40 million people fall into poverty, due to out-of-pocket spending on medical emergencies.

Realising that something needed to be done about this problem, he, along with Dheeraj Batra, who was working on the patient financing programme too, decided to work on Arogya Finance in 2013 in Mumbai.

Dheeraj is the Co-founder and VP Business Development at Arogya, and he has an MBA in entrepreneurship from The Wharton School, University of Pennsylvania and BS degrees in both Finance and Computer Science from the University of Maryland.

Working the math out

Arogya has partnered with hospitals and other healthcare providers to ensure that people can access medical loans for themselves and their families. They give out something known as the Arogya Card that offers pre-approved loans of upto Rs two lakh, at reasonable terms, to the card holder and his or her family.

The finance funds up to 100 percent of the patient’s medical bills at interest rates starting at zero percent. The tenures can vary from six to eight months. “The business model is structured in a way that it directly pays the medical bills of an individual to the hospital or the healthcare service provider,” says 59-year-old Jose.

He adds that a psychometric test lies at the heart of the risk assessment process that tests the borrower’s integrity, intention to repay and the risk-taking nature. Personal discussion and field visits are also part of the processes.

Bringing in an individual focus

However, giving out unsecured personal loans to relatively poor patients is a risky business. Systems and processes needed to be robust to manage the risk. Jose adds that one big differentiator they got in was shifting focus to the individual and not on the robustness of their documentation.

By focussing on the behavioural traits of individuals, they were able to maintain a 96-percent collection ratio.

Arogya Finances claims that its programmes and schemes have helped over 20,000 patients availing therapy. Till February, the team claims it disbursed 934 loans with an overall value of approximately 9.5 crore.

“Arogya Finance is present in 12 States. We market our offerings through major pharma players and hospital tie-ups, with over 250 physical locations, where our services are available. Most recent one being with Dr. Reddy’s Laboratories to facilitate medical loans for Resof, a drug for treatment of Hepatitis C virus (HCV) infection and a few other therapies,” adds Jose.

In the next three to five years, Arogya Finance aims to be a pan-India player, giving out 2.36 lakh loans and issuing 18 lakh Arogya Cards. Arogya Finance has been recognised as one of India’s unique social innovators by Innovations in Healthcare, an organisation founded by McKinsey, USAID & the World Economic Forum and Social Entrepreneurship Accelerator at Duke (SEAD).

Jan Dhan, Mundra, small finance bank and micro-banking organisations all are galvanising newer technologies to bring in momentum to the traditional financial models. The fintech space is currently at the cusp of disruption.

In 2014, investments in the segment shot up to $12 billion from $3 billion the previous year. It is believed that various verticals of the banking system will be broken down and made simpler with the use of technology. These include money transfers, account management, lending, and investments. The space is projected to grow at 48 percent year-on-year.

In the recent past, several startups that work on loan disbursement have raised funding, namely Rubique from Kalaari Capital and Finomena from Matrix Partners. There also is a significant rise in the P2P lending space, Mohandas Pai’s Aarin Capital has also funded Faircent, the P2P lending platform.