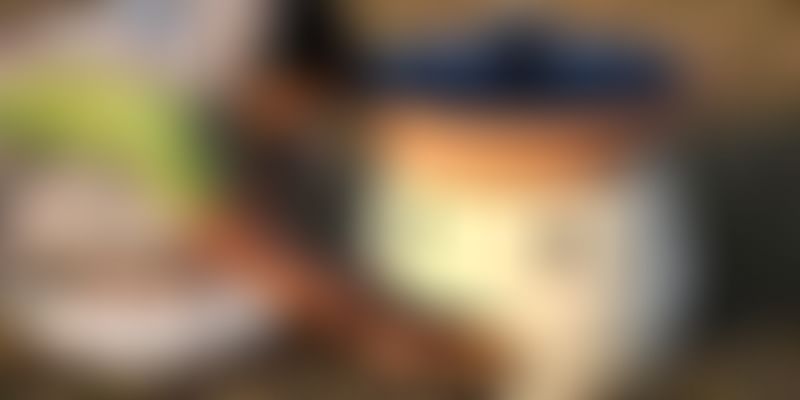 Scarcity of water is one of the biggest issues haunting the world today. Innovative designer Gabriele Diamanti has created a simple, yet effective, solution. Gabriele is the designer of the the ‘Eliodomestico’ which is a personal desalination still, which operates similar to an “upside down coffee percolator.” The device is an open-source design, noted for its remarkable simplicity of build and use.

According to journalist Jay Syrmopoulos of The Free Thought Project, this revolutionary ceramic solar-powered still has the ability to combat one of the greatest threats to human life in the developing world, water insecurity. The solar still turns salt water into fresh water and can be built for under $50 U.S. dollars.

The device consists of two ceramic pieces that sit on top of one another. Within the top piece is a black container into which the salt water is deposited. The sun heats the container of water, turning the water into steam. The pressure then builds until the steam is forced into a tube and is deposited into a container, where the water then cools, condenses and collects in the basin.

The Eliodomestico is designed to be carried upon the head when traveling, as is common place in developing countries where water is not a centralised commodity. People often are forced to walk great distances to collect this vital resource. The solar still has the ability to collect about five liters of water a day and costs less than $50 to build. This simple, yet effective, lifesaving device has the potential to permanently change the lives of millions of people across the globe.

According to Gabriele’s website, the prototype was financed by Fondation d’entreprise Hermès. It took 8 years of development (2005-2012) before the final product saw light. The Eliodomestico was a finalist at Prix Emile Hermès competition in 2011, got a special mention at Well-Tech Award in 2012 and was the pro winner of the Core77 Design Awards in 2012, in the social impact category.