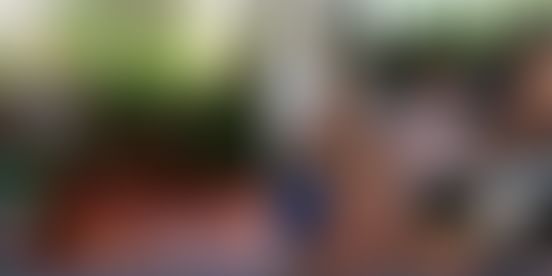 In the swiping times of Tinder and Truly Madly, how many of us have stopped to wonder how differently-abled people find their soulmates? We live in a nation with 80 million people with disabilities, and of these, less than five percent end up getting married. It does come as a surprise that no one ever thought of tapping into this market. But then, a fiercely independent, 23-year-old Kalyani Khona with a global mindset wouldn’t have happened to the entrepreneurship ecosystem.

Kalyani likes to call herself an ‘accidental entrepreneur,’ and rightfully so. A graduate from Mumbai’s HR College of Commerce and Economics, she stopped attending classes at the age of 17 and would go only to take her exams. She utilised this time to find her feet and did close to 20 one-month-long projects. From teaching English in Brazil to selling HSBC mutual funds to youth, from helping business development in Shopsense (a startup) to being the Vice President of Mumbai’s AIESEC chapter, Kalyani has donned many hats until she stumbled upon the needs of people with disability. She recalls,

“I went for the Chanderkhani Pass trek, a high-altitude Himalayan trek with a bunch of strangers. While I was trekking, I suddenly wondered how disabled people enjoy these pleasures.”

And then, there was no looking back. Kalyani came back to Mumbai and did her research only to find out that there are no matrimonial services for differently-abled people.

That’s how her venture, Wanted Umbrella, started – a boutique matchmaking agency focussing on differently-abled persons. However, she soon realised that offline matchmaking wasn’t easy as the team was unable to handle more than 150 forms at a time. But the demand was huge and Kalyani’s intention was clear:

No one should be single unless they wish to be so.

And she dived in to the world of technology. With no money to even bootstrap but armed with immense belief in her idea, she started a campaign on Wishberry.in for her app, ‘Loveability,’ which needed Rs five lakh to be developed. Kalyani was pleasantly surprised that the campaign saw a 143 backers. They helped her raise Rs 6.15 lakh in less than 60 days. She says,

Money was of course important. But more than that, it was the feedback we received that was immensely helpful. For instance, many people were uncomfortable with the name ‘Loveability’ since it had ‘ability’ in it and they felt that wasn’t required. That’s how we decided to change the name to ‘Inclov’ which means ‘Inclusive Love’.

For starters, Kalyani claims it’s the world’s first matchmaking app for persons with disabilities of all kinds. But there are more things that are worth being delighted about –

Kalyani says, “In the near future, we are planning on incorporating video calling which is critical for the hearing and speech impaired who can have conversation through sign language.” She further adds, “It’s magical what technology is capable of. It’s only we humans who are constantly learning how to leverage it.”

The app is currently available on Android and Kalyani’s team is working towards releasing it on iOS as well.

How has the response been?

In one word, phenomenal. Inclov was launched on January 21, 2016 and it already has more than 2,300 registrations from over 50 cities. Of these, 87 percent people are active throughout the day. There’s also been one success story already, which is extremely elevating. In less than 10 days of Inclov being launched, Anisha and Imran found each other on it and decided to tie the knot. Thirty-year old Anisha Banu Multani has been looking to find a partner for six years now. Afflicted with polio, she won the Miss Wheelchair India beauty pageant last year. Hailing from Surat, she was coerced to making many sacrifices to get married. But Anisha was undeterred and finally she met Garana Imran, an accountant from Gujarat’s Junagadh area who’s afflicted with polio himself. The couple are now tying the knot in May.

In another instance, Inclov also organised a Valentine’s date for a couple – Sagar (visually impaired) and Nadiya (no disability). The couple met at Mamagoto, a popular chain of restaurants across the country, and have decided to continue keeping in touch.

The bright, uncharted future of Inclov

Kalyani sees Inclov as a social initiative as well as business venture. With plans of scaling it globally, Kalyani is ambitiously working towards targeting a market of 600 million singles across the globe.