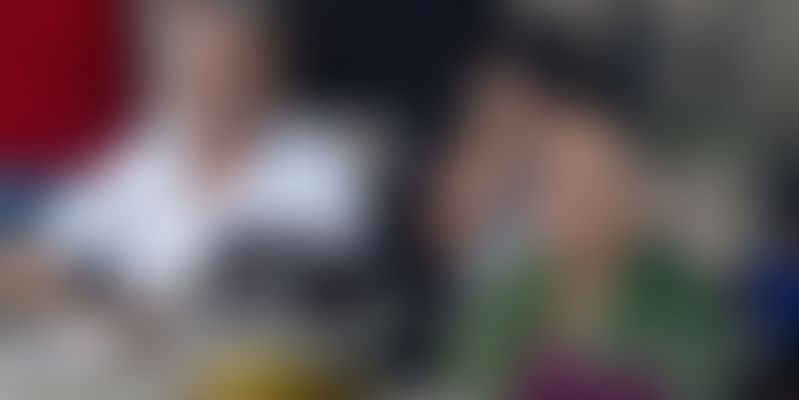 I am 70 years old, single, and living alone in Bengaluru’s Indiranagar area. I was recently diagnosed with Parkinson’s, which left me insecure and continually worrying about my well-being. After all, who will take me to the hospital if there’s an emergency, who will keep a check on me continually?

Niranjan Acharya story isn’t an isolated one. According to the latest official figures released by the Ministry of Statistics, India has recorded an all-time high population of citizens over 60 years of age; accounting for 8.6 per cent of the country’s 121-crore population. Ageing is slowly emerging as a new social challenge. As a nation, we need to figure how to respond to the new needs, and this is naturally going to take some time. Thankfully, social enterprises such as Bengaluru-based ElderAid has already stepped up to lead the game.

Founded in 2015, co-founders Santosh Abraham and Dr. Vandana Nadig Nair were neighbours and over many conversations, the idea of serving senior citizens in India in a way that they ‘LIVE LIFE FULLY’ emerged. While Santosh has nearly three decades of diverse experience across sales, marketing, business development and entrepreneurship, Vandana is an Organizational Psychologist who holds a Masters from the Michigan University.

Once they decided to collaborate and venture in to the senior citizens space, the duo conducted intensive market research of over eight months. Santosh explains their finding saying,

There are innumerable healthcare companies. But there aren’t many care organisations that can holistically help senior citizens address their healthcare, wellness, and lifestyle needs.

ElderAid believes that ‘age is just a number…senior citizens have vibrant lives, aspirations, and hobbies.’ All they need is a little support, and that’s where ElderAid decided to step in. According to Santosh “We are a single point of contact, like a concierge service, or a proxy child. There isn’t any service/problem we don’t respond too. Even if it isn’t a part of our package, we make it happen.”

Currently, ElderAid has categorised its services under four buckets – health, household, social, and others. Under these, it offers a diverse range of services such as – full/part-time nursing assistance, accompanying for medical check-ups, paying bills, housekeeping assistance, accompanying on travels, hobby classes, shopping, taking citizens out for a day or simply spending time with them. In case a senior citizen doesn’t feel the need for 24×7 assistance, ElderAid ensures periodic calls are placed to check on their wellbeing. These services are clubbed under three types of service packs, which start at Rs 1, 000 per month and go up to Rs 9, 999 per month; depending upon the intensity of ElderAid’s intervention.

Santosh’s team realises that there are crisis times when money can’t be factored in. He says,

If an elderly citizen has a medical emergency and their children are abroad, our team stays with them until they arrive; usually at least 48 hours without any cost.

He adds, “There are also times, when odd requests pour in, such as helping a couple shift to a new house. We cater to those as well, ensuring there’s room for all types of requests.”

As of today, the company has nearly 50 customers who are benefitting from this one-stop solution. Niranjan Acharya is one of them who says, “After subscribing to ElderAid’s services, I am at peace that there is a humane hand helping me at all times.”

By the end of 2016, ElderAid’s five-member team plans to have presence in three more southern cities and in the next five years, the company wants to bring in at least 100, 000 senior citizens under its offerings by expanding to 21 cities across India.

Along with ElderAid, there are many other startups like Senior Shelf, Pramati Care, Silver Talkies, and Goodhands that are trying to cater to the needs of the senior population. According to joint report by United Nations Population Fund (UNFP) and Help Age International, by 2050, the elderly population is expected to increase to 323 million or 20 per cent of the total population. Unfortunately, the increasing numbers aren’t yet proportional to the startups in the space. There is a need, and a dire one at that, for more players to join.

The story of a startup building products for senior citizens