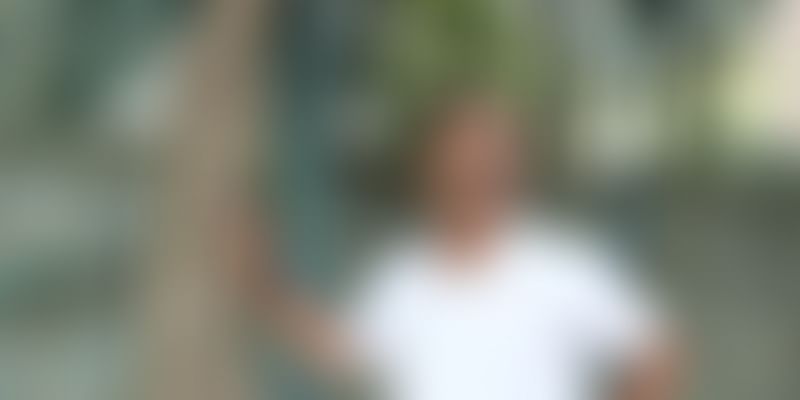 There are many online hospitality or hotel aggregators. These startups have raised a lot of money and have captured the eye-balls of people, whose acquisition has come at a very high cost. The well-known ones – Treebo, Stayzilla, and OyoRooms – have raised a lot of money. Oyo Rooms has raised more than $225 million and are ahead of the race in acquiring customers. While everyone is on a customer acquisition spree, there are those who are not following the beaten path. Stay Simple is one such company that is growing silently and is happy to be profitable with a respectable turnover of $2 million over the last three years. Gopalkrishna Kulkarni, Founder of Stay Simple, decided to begin an online hospitality business in 2012 after running his own resorts for seven years, which he started in 2006.

Gopalkrishna worked in the IT and ITES industry for over 13 years before venturing into the hospitality industry. In his technology stint, he learned to run operations profitability in each business unit and also set up processes that led to profitability. He got into the hospitality industry in 2006 because of the market opportunity and decided to risk it for the numbers. His initial research showed that 95 per cent of the travel industry was in the budget range and that the industry did not offer consistent standards of service for travelers. The system was not organised and was only as good as the owner. Staysimple.in, founded towards the end of 2012 is a great example of a blend between operating physical resorts and using the Internet as a distribution mechanism.

“The initial intent was to own and operate resorts,” says Gopalkrishna.

In 2007, Gopalkrishna purchased a land and started a resort in Sakleshpur (The Hills resort, which is still operational) and then he purchased a second resort near Hassan (called Riverdale). He soon realised that the returns on investment are more from the real estate than the hospitality operations. “It took us a couple of years to experiment and finalise the details of a leased model in resorts,” says Gopalkrishna. He then created a platform where he would approach resort owners in holiday destinations and tell them that he could run those resorts much more efficiently with professional processes. On acquiring the resort on a lease, he would make the room inventory available on the Stay Simple website and other online sites. The owner of the resort would have no part to play in running the resort because he has received his yearly lease. Gopalkrishna’s team would then operate the resort by increasing its visibility and in the process increasing the room occupancy. The team would also create themes in the resort – around the locality it was situated in – to attract travellers.

Bengaluru-based Stay Simple follows an asset light model. They have two business models. The first business model is a lease model, wherein they are responsible for the P&L of the resort and operations, which are directly handled by Stay Simple. The second model is a management model where the owner continues to run the resort with Stay Simple’s procedures and training, but the marketing and sales is done by the startup. “The focus is to create a mid-budget category chain of resorts. But this market is dominated by budget business hotels and do not cater to categories such as adventure and local experiences,” says Gopalkrishna.

Gopalkrishna has invested about Rs 5 crore to acquire 17 properties so far and is already generating cash from operations. The company plans to raise money to operate over 200 resorts in a couple of years.

“Such businesses have to get the customer segment right along with the pricing to become profitable at the earliest,” says R. Natarajan, CFO of Helion Ventures

Gopalkrishna has limited the spending on marketing to remain focussed on building a profitable business. Their customer outreach is both online and offline (offline because a lot of holiday makers want to talk to people before making a booking).

Today, other hotel online aggregators provide standardised facilities at a very low rate. But, the model starts failing when the focus is to add inventory without standardisation. In this business, the customer wants a consistent experience. This consistency is perfected by hospitality heavy weights, like the Oberoi Hotels, and hotel aggregators are yet to reach that level of consistency. Plus, the low rate promise charged to the consumer is not sustainable. “The concept of discounts to lure customers, irrespective of how good or bad the product is, will not work in the long run because the business will close down,” says Mohandas Pai, MD of Aarin Capital.

Srinivas Gowda owns about 10 acres in Kushalnagar, Coorg, and he has been running a family get away resort on that property. Although an enthusiastic land owner he has no knowledge of the hospitality business. He has 20 villas on the property, but only five rooms are filled every month and the rest run on a loss. He was burning at least Rs 1 lakh a month on salaries and maintenance. Soon, he realised the property was to be shut down if he would not take corrective measures. He outsourced the business to a hotel operator who churns the property to 60 per cent room occupancy every month and generated around Rs 90 lakhs revenues a year. These are the kind of properties that Staysimple.in acquires and runs.

According to a report by the IBEF, over eight million tourists came to India in 2015 and the market size across all segments is around $ 186 billion. Internally – in the country – there are more than 100 million travellers and 90 per cent of them are looking for budget experiences. Staysimple.in seems to be in the best position because it focuses only on resorts, but this business is currently dominated by hospitality aggregators and the company will need to raise money to acquire a lot more properties to grow quickly.