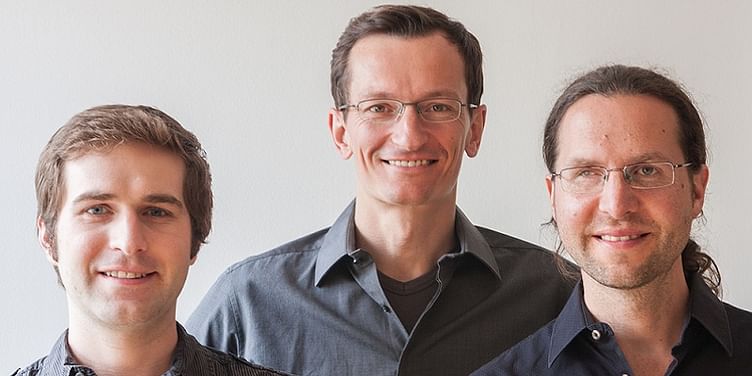 Learning how to play the guitar requires years of dedication and regular practice, even with the support a good trainer. Also music lessons can be expensive and finding a convenient time to learn can be challenging. . To solve this very problem, Eckart Burgwedel came up with a solution that could use the capability of smartphones and tablets and combine it with the knowledge of a great teacher. This is what gave birth to Uberchord, an interactive mobile app that combines the two.

Berlin-based Uberchord was founded by Eckart, Martin Polak, and Simon Barkow-Oesterreicher. Prior to Uberchord, Eckart, a lawyer by training, had co-founded two companies – an Internet-based photo printing solutions company and another IoT-based startup in Switzerland.

Finding the blend of engineers

Eckart met Simon in Switzerland. At that point in time, Simon was working as a computer scientist at the Life Science Department, ETH Zurich (Swiss Federal Institute of Technology in Zurich). It was here that the duo also met Martin, who had received a Master’s in Electrical Engineering, specialising in Digital Signal Processing.

It was Martin who invented and developed Uberchord’s patent-pending core technology ‘ChordSense’; it listens through the built-in microphone of the device and adapts to the user’s progress.

Speaking about Uberchord, 40-year-old Eckart says, “We want to make learning music more accessible with the help of technology. Our first app combines polyphonic pitch recognition (read chord recognition) with adaptive learning in a slick mobile app to create a unique way to learn to play the guitar.”

Uberchord not only teaches you how to play a particular chord, but it also corrects you when you make a mistake, analyses your skill level for everything you do, and slowly increases the difficulty of the lessons as you improve.

However, playing chords at the right time is only the beginning. The Uberchord learning concept is based on the notion that music is language, so in order to learn it instead of just acquiring finger skills isn’t enough. One also needs to know how music works.

Uberchord offers a learning path with guitar chord exercises and a number of tools for finding chord fingerings, tune the guitar, and create exercises to share with students, bandmates, and friends.

The chord exercises work like this: The app listens through the built-in microphone of the iPhone to the user. Our self-developed audio analysis algorithm is the first technology that can recognise multiple pitches at the same time not getting confused by all the “harmonics”. The harmonics mislead all competing technologies so that they show notes that in fact have not been produced by the player.

Growing in the app store

Uberchord received a seed funding by strategic investors and business angels from Europe, US, and Hong Kong last year and are in the process of raising their next round of investment. Currently free on the App Store, Uberchord claims to have a close to a six-figure downloads so far.

Uberchord has received mostly good reviews on the App store. The team wants Uberchord to become the standard for music education. The team intends to be the one-stop shop for all musical learning and education. “So, our growth plans are quite aggressive. By 2017, we will reach seven-figures in downloads,” says Eckart. The team intends to expand to different forms of musical instruments in the coming months. Currently, the team follows a freemium model with a monthly subscription. The team refused to divulge their plans on expansions and revenue generated till date.

While Uberchord claims to use a unique mix to aid learning, there are several other apps in the space like Tabtoolkit, Guitar World Lessons, Ultimate-Guitar Tabs HD, JamPlay, Steel Guitar, and many others. In the free apps space there is Guitar Tricks, Youisian, Guitar Players, and many others. Also there needs to be strong business model for apps like these. There are also popular games like Guitar Hero that combine fun and learning.