After Microsoft, Oracle and Target, will Cisco be able to make the dent through its startup LaunchPad? 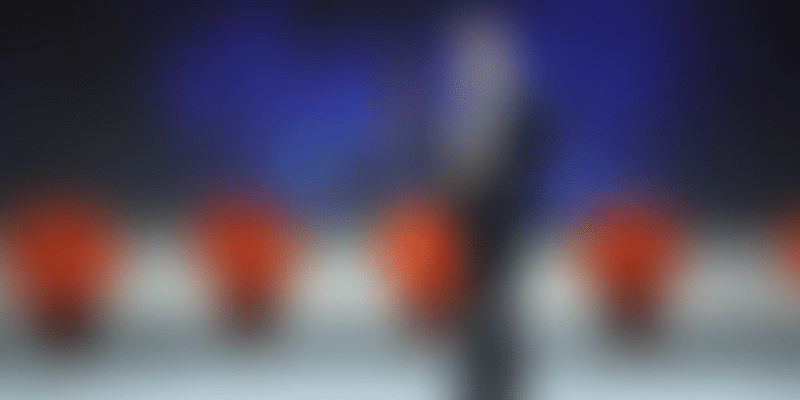 Corporate incubation and accelerator programmes aren’t a new phenomenon. In the past few years, there have been many multinationals including names like Microsoft, IBM, and Target, which have partnered with startups to leverage their technology solutions in the market.

Riding the wave is American network equipment maker, Cisco, which on Thursday announced LaunchPad, an open innovation consortium to co-develop solutions and accelerate startups. According to Amit Phadnis, President, Engineering and India Site Leader, these could be both early as well as late-stage startups.

Amit believes that the next wave of technology will come through a ‘consortium’ approach to problem solving. A consortium approach essentially means that different ecosystems will come together, along with different stakeholders, to test technologies for a variety of use cases.

With this philosophy, Cisco’s Launchpad will involve both partners and startups working in cohesion to build out products. What does this mean? Amit explains this further:

Working on a consortium model, Cisco and its partners will together work to select startups and developers to build out products. In this setup, Cisco will not only act as a platform but also lend its technology expertise to the problem. On the other hand, the partner will provide the use case, problem statement, as well as the domain expertise.

To begin with, the LaunchPad is looking to work with five to eight startups, asking no stakes or equity from these companies.

But later, Cisco’s go-to market teams and the partner’s go to market teams, (let’s say Tech Mahindra Limited), will frontend the customers calling the startups their service vendors when entering a contract with them.

The verticals LaunchPad aims to address include education, healthcare, manufacturing (following the industry 2.0 revolution), and smart cities along with adjacent solutions such as e-governance.

So what does Cisco LaunchPad claim to offer?

With this unique setup, here is what Cisco plans to offer startups, over its competitor corporate accelerators and incubators:

The startups partnering will get an opportunity to work on solving relevant business problems by catering use cases that are identified and validated by Cisco go-to market teams. According to Amit, this use case is validated by teams globally.

According to Ravi Gururaj, Chair, Product Council and Member, Nasscom, this helps startups save a lot more time. He says, “The last thing you want to know after an acceleration programme is that your product doesn’t have a market.”

According to Amit, this unique arrangement of a partner’s domain expertise and Cisco’s global expertise results in a concrete go-to market engine.

People underestimate the power of distribution. The major concern for startups remains how to get to market and when they finally do, the market says that they want something else. But when Cisco says it will take you to the partner before going to the customer, a lot of time is cut short with faster results and quicker go to time to the market.

Further, he believes that local problems are solved by local entrepreneurs. Once solved, the solutions can be taken global.

The LaunchPad’s investment will be in line with the other investments, for scaling the business. Amit says that each startup will have a director of engineering from Cisco, who will be associated to track and mentor the startup.

Cisco has already announced that it would invest close to $280 million in boosting the Indian startup ecosystem, of which investments in 25 startups have already been made. Although independent from the LaunchPad, this fund might also be used to invest in the accelerator programme.

While the above have been listed for startups, the partners will benefit from innovative business models and application frameworks built by the startups. Amit says,

“This will create a win-win situation for everyone in the ecosystem. However, the theme for the Launchpad will be to create a community of startups and innovators, which can innovate for the next three billion people, bringing long-term impact to their lives.”

The network equipment major is also looking to provide office space as well as physical infrastructure and equipment for startups to innovate and test their products directly.

“This will allow the startups to cut to the chase with these concept labs helping startups save time and quickly take the product to the market. Even at NASSCOM, we are building the same.”

Cisco calls these labs Thinkcubators and has partnered with NASSCOM to build solutions for farmers in the agricultural sector.

But are the corporates doing it right?

With bigger names getting into the gamut of accelerators, are they really doing it right?

Most corporates don’t understand the mindset of an entrepreneur or a startup. For startups, the pace works in hours versus in months. So if let’s say a corporate asks a startup to approach them next month, they have already lost the startup.

He believes that the same agility should be shown during the accelerator programmes as well.

Another interesting point brought forward by Ravi Gururaj, who was present at the event, was on the right mentorship. He said,

Every incubation or acceleration programme should have an empowered business sponsor, who understands the urgency and focus of the businesses. There should be some executive visibly associated to oversee these startups, because the last thing a startup wants to know after six months of incubation is that the problem is long dead.

Today, most corporate accelerators have dedicated committees that don’t just take longer to narrow on decisions, but also don’t provide the necessary amount of focus, which is required.

Thus, with several accelerators, it is becoming essentially important to have the right sounding with the startups, while equipping them with a value add.

Cisco is the sixth corporate accelerator launched by a multinational. Here are the other accelerators in addition to Boeing:

Oracle: Early this month, Oracle announced the first batch of startup accelerators. Launched in April 2016, the four-week accelerator is now looking at early-stage technology-based companies with a prototype ready.

SAP Labs: SAP also launched its 12-month-long StartUp studio programme in June, announcing their first cohort of startups. It aims to focus on startups that have core technologies in artificial intelligence and cloud-based software that can connect the operations. Every year, the studio will take 10 or more startups and give them access to over 300,000 customers, globally.

Microsoft Ventures: The oldest among the lot, Microsoft Accelerator in Bengaluru, has an active network of 150+ mentors in its network. There are 83 graduates in total, 76 percent of whom have been funded.

Their variety of programmes, including Accelerator Plus and Scale Up, are designed to get seed- and series-funded startups the growth and traction they need to be successful in the future.

Target: Started two years ago, the Target Accelerator has incubated more than 20 startups till date. Having just completed their fourth batch, the accelerator looks at retail solutions that can change the way customers shop at their 1,795 outlets across the world.

Although, with a different framework, Cisco wants to deal with the programme on the go, depending on how the ecosystem evolves in the future.