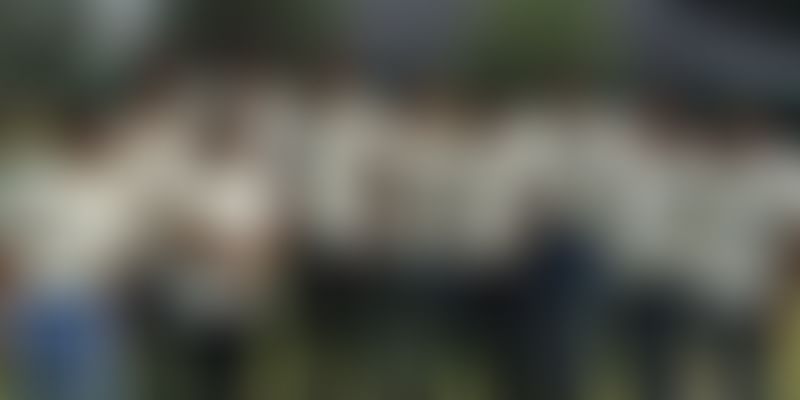 The concept of an over-the-counter (OTC) healthcare company isn’t new in the western world, where regulatory bodies have made it simple and streamlined for companies in the space. In India, this concept is just about picking up; Lifezen happens to be a startup in this space.

Started in September 2015, Lifezen has three product offerings focussed on different therapeutic segments – Eyespa, an OTC eye drop that focuses on the problem of dry eyes; Tuskca, a citrate-based calcium supplement, which can be consumed independent of meals; and Wonderpro, will soon be launched in the coming months. It is a multi-spectrum probiotic and prebiotic combination for a good gut. It is a diary-free, non-refrigerated product.

The eventual goal is to raise awareness about symptoms that often go ignored, with innovative offerings that are simple, yet significantly improve life quality. It isn’t just any product we’re after, we focus on what matters to the customer always, and this stems strongly towards performance and mood,” says 26-year-old Rohan Siroya, CEO and Founder of Lifezen.

Branching out to OTC

The idea of Lifezen was conceptualised by Rohan and his cousin and batchmate from ISB, Shreya Siroya. Lifezen began as an offshoot of Bal Pharma, a pharmaceutical company started out by Rohan’s uncle Shailesh Siroya.

With his experience in the space, Shailesh did not want to miss out on this opportunity. Leveraging Bal Pharma’s two decades of experience in the pharma space, the team at Lifezen understood the traditional doctor route of pushing medicine. However, there are real problems they saw like access to doctors, expensive medication, and ignorance of lifestyle issues.

“I’ve always wanted to combine the best of both worlds ‑ the science and quality focus of Pharma, and the ease and consumer comfort experienced in FMCG,” says Rohan. However, setting up an OTC healthcare startup is wrought with its own challenges. Rohan says that it took them a year to formalise the company, build the products, and sell them.

However, being funded early on by BCCL’s Springboard helped the team scale. The other challenge was getting the right kind of people to join the team. Also, while setting up their distribution network, convincing elements of the supply chain that Lifezen was the real deal took some work.

Lifezen follows a traditional FMCG revenue model, where margins have to be extended to each link in the distribution chain. However, when it comes to the OTC pharma market, regulations play a very vital role.

The Lifezen team states that they follow all regulations set by the Government of India for the OTC sector. These regulations are governed by the Drug Control Department, and Drugs and Cosmetics Rules. Any formulations that are not included under Schedule G, Schedule H, and Schedule X can be sold under OTC.

According to a report by the Organisation of Pharmaceutical Producers of India: the term “OTC” has no legal recognition in India. All the drugs not included in the list of ‘prescription-only drugs’ are considered to be non-prescription drugs (or OTC drugs). Prescription-only drugs are those medicines that are listed in Schedules H and X of the Drug and Cosmetics Rules.

In comparison to the Indian market, the European non-prescription medicines and OTC market is worth £29 billion at consumer prices and is said to be close to 36 percent of the world sales. In India, several bigger brands like Piramal Healthcare, Dabur, Dr. Reddy’s and Mankind are tying up with various international brands to sell OTC drugs.

While the team at Lifezen understands that the bigger FMCG and pharma companies have brand recall, they are working on several below-the-line communication activities and are using their parent brand of Bal Pharma for bringing in the product focus.

According to an analysis by Datamonitor Pharma, most pharma companies are drawn to the consumer health or more specifically the OTC market, as it is believed to be the third most lucrative healthcare sector after pharmaceuticals and medical devices or diagnostics. The report adds that OTCs have an average operating margin of 20.2 percent and a market size of $450 billion.

Rohan saw the rise of OTC brands and their parent companies as an exciting opportunity. While they had the backing of their parent company, the team had to build the OTC segment in a FMCG model, which was foreign to team. The strategic insights are handled by Shailesh.