Don’t turn a deaf ear to hearing disability in India 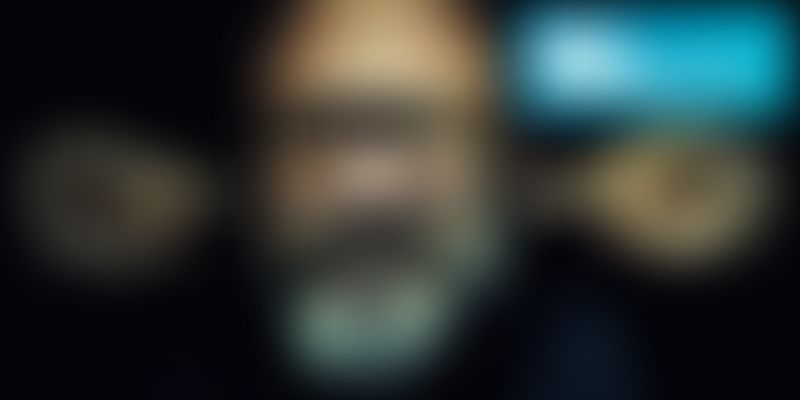 Hearing impairment is not an immediately visible disability. However, you will be all ears when we say one in 250 children in India suffers from severe to profound hearing loss. Globally, around 360 million people, i.e., five percent of earth’s population, suffer from hearing loss; and some 32 million of these are children. According to the World Health Organisation, in the young, hearing loss affects communication, cognition, behaviour, social-emotional development, academic outcomes, and later vocational opportunities. Sadly, a huge number of children, especially in developing countries like India, don’t have access to proper diagnosis and follow-up infrastructure and hence are condemned to a life of frustration and unrealised potential.

Certainly the world has its fair share of individuals who have battled the disability and emerged victorious. Beethoven was almost entirely deaf when he completed his most famous symphony, the Ninth. One of the greatest inventors, Thomas Alva Edison, turned his considerable hearing loss to his advantage, saying it improved his powers of concentration. Marlee Matlin is the famously deaf actor who walked off with the 1986 Best Actress Oscar for her performance in the film Children of a Lesser God. Closer home, we have the badminton player Rajeev Bagga, who has won 12 Deaflympic gold medals.

But, sadly, such success stories are far and few between in India. To add to the problem, the level of awareness around hearing disability in our society is negligible and most sufferers simply fall off our society’s radar.

Second most common disability, but…

Reports suggest that deafness is the second most common disability, far more common than loss of eyesight. But how often do we hear about it? Glasses are so commonly worn to the degree of being fashion statements. But how often do we come across people wearing a hearing device? As for those that do, such are the levels of insensitivity that children wearing them are often bullied by their peers. Adults also often face a different avatar of the same insensitivity through mockery, rejection and social isolation.

There is a misconception that children born to the deaf also suffer hearing impairment. On the contrary, 90 percent of those born to such disabled parents have perfect hearing while the remaining are amenable to treatment. In fact, research suggests that Children of Deaf Adults (CODA) are often exceptionally sharp due to ease with which they navigate the world of the deaf and the hearing alike.

India took its first step towards inclusivity when The Persons with Disabilities (Equal Opportunities, Protection of Rights and Full Participation) Act 1995 came into force on February 7, 1996 This was a significant step to ensure the disabled also form an important part of nation-building through equal opportunities and support.

The Act provides for both the preventive and promotional aspects of rehabilitation such as education, employment, vocational training, reservation, research and manpower development, creation of a barrier- free environment, unemployment allowances and special insurance schemes for disabled employees, establishment of homes for persons with severe disability, and so on.

Additionally, under India’s Constitution, the disabled are guaranteed the following fundamental rights:

Inclusion is the key

Despite the law, hearing impaired people, trapped between silence and social stigma, find it tough to be on a par with the rest of the populace when it comes to education and employment as also avenues of socialising and entertainment. If we are to tap their potential and bestow on them the dignity they deserve, building an inclusive society is critical.

Sure, there are some heartening initiatives in this direction. We came across Mirchi & Mime, a restaurant in Mumbai, which is supported entirely by hearing and speech-impaired wait staff. Another Mumbai-based organisation, Mirakle Couriers, is run by 45 deaf employees who handle 2,000 deliveries a day.

You can damage your hearing anytime

Anyone can be felled by hearing impairment and modern life is a significant contributor to this. Look around and you find an entire generation plugged into all kinds of devices ever since Sony came out with its Walkman in 1979. Today, it is usually the mobile phone that entertains vast swathes of humankind. Experts believe that listening through headphones at a high volume for extended periods of time can result in irreparable hearing loss. Today, 1 in 5 teens in America has some form of hearing loss, a 30 percent rise since the advent of headphones. Academy Award-winner Whoopi Goldberg attributes her significant hearing loss to years of loud music. Ditto former U.S. President Bill Clinton who also had to endure thunderous political rallies. However, the positive spinoff is that he has brought a cool quotient to wearing hearing aids, like his predecessor Ronald Reagan.

Peter Townshend, now partially deaf, is the lead guitarist of the rock band, The Who, cited by the Guinness Book of Records as having performed the loudest concert ever, where the volume level was measured at 126 decibels 32 metres from the stage. That is the noise level of a pneumatic drill four feet away.

The bane of life in Indian metros

It doesn’t take just loud music to take a toll on your hearing: life in Indian metros can easily do that. A Central Pollution Control Board (CPCB) analysis has found, with data collected for 2011, 2012, 2013 and 2014 that “maximum violations of prescribed limits were observed in Mumbai, followed by Lucknow, Hyderabad, Delhi and Chennai.” And the most common source of noise pollution, by far, was motor vehicles. Long commutes and traffic jams raised both stress and decibel level at intersections.

It is not just the outdoors that are noisy. The home also contributes to ambient noise such as TV, fans, refrigerators, washing machines, mixer-juicers and so on. There are other casual culprits such as carpenters, plumbers and masons.

Normal conversation is around 60 decibels. Subjected to 45 decibels of noise, the average person cannot sleep. At 120 decibels the ear registers pain. However, hearing damage begins at a much lower level, about 85 decibels, if there is enough exposure over time.

Incidentally, the World Health Organisation says noise pollution may be a risk factor for cardiovascular disease and is assumed to accelerate and intensify the development of latent mental disorders.

What to look out for

Considering we live in such noisy times, it would be prudent to check if we are vulnerable to progressive hearing loss. Some common symptoms are:

If you find you have even just one of these symptoms, you’re advised to immediately see an audiologist.

Solutions and strategies for the hearing impaired

Hearing aids electronically amplify sound but don’t restore hearing. They can fit either inside or behind the ear and help improve the ability to understand speech. Based on the audiogram report, the audiologist recommends a suitable device.

Surgical intervention includes cochlear implants, which are electronic devices that bypass one’s ears and directly stimulate the auditory nerve that sends the signal straight to the brain. Starting at Rs 6 lakhs per implant, this is an expensive option. However, since it works as a permanent cure for hearing disability, it is highly recommended by audiologists and ENT specialists for children whose development and future are at stake.

Other surgical solutions include electro-acoustic stimulation implants, middle ear implants, and auditory brainstem implants, all decided by doctors on a case-to-case basis.

Apart from the surgical intervention, there are several technological innovations that have the potential to improve the lives of the hearing impaired. Recently, Navid Azodi and Thomas Pryor, two students from the University of Washington, developed SignAloud, came up with a pair of gloves that translate sign language into speech and text, a tool they say will empower the hearing disabled.

Additionally, Quadio Devices Pvt Ltd, a leading hearing care provider in India, has introduced a hearing app (Q+) that promises to be a holistic mobile-based hearing solution, complete with all the features of a conventional device.

Sign the petition for Compulsory Screening for Hearing Disability at Childbirth

When a baby is born, doctors in developing countries routinely clap near its ear, and if it reacts, it is assumed that the child can hear normally. This, however, is far from desirable. A clap is usually of a high-decibel frequency and completely bypasses low-band frequency testing. Therefore, there are chances that the baby may still be unable to hear clearly; a condition revealed only as the baby grows up. And all too often, the damage is irreversible, leading to life-long hearing impairment.

One of the first steps to obviate this is early detection. Not only will it ensure better data collection to help understand the problem closely, but it also ensures early intervention. While initiatives like Sohum Innovation Lab are already intervening using technology, a bigger push is desperately needed. Kerala, our country’s model State when it comes to the Human Development Index, compulsorily screens every newborn for deafness and is already reaping the benefits of its proactive policy.

We at SocialStory are running a campaign on hearing disability to push the government to mandate a policy for compulsory screening for deafness at childbirth in India. Please sign this petition and help spread the word.