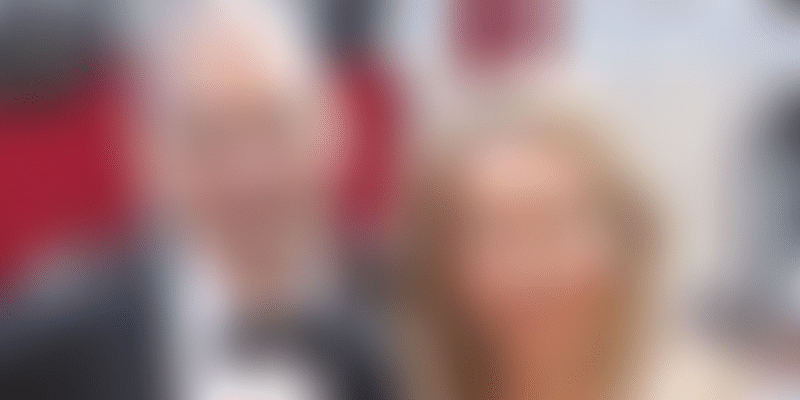 Apple founder Steve Jobs was the quintessential billionaire – genius and eccentric, maverick and unpredictable. Reams have been written about him – from his travels in India during his youth, his being fired from his own company to his trademark dressing in black turtleneck and blue jeans. His wife Laurene Powell Jobs, on the other hand, is extremely private and prefers to stay away from controversy.

After Steve Jobs’ death in 2011 following a prolonged battle with pancreatic cancer, Laurene inherited the bulk of his estate. At 52, Laurene is worth more than $16 billion, making her one of the 50 richest people in the world and the sixth richest woman. Like any billionaire worth her salt, she owns expensive assets and is currently constructing her late husband’s palatial dream house, which will include a vineyard and an olive press.

Laurene first met Steve when he sat next to her at Stanford Business School (before delivering a guest lecture) in 1989. They chatted for a bit before and after the lecture, and Steve asked her out to dinner later that week. He then headed to his car to drive up to a winery in the Santa Cruz Mountains where he was to attending a work-related dinner. But he suddenly stopped and turned around.

I was in the parking lot with the key in the car, and I thought to myself, ‘If this is my last night on earth, would I rather spend it at a business meeting or with this woman?’ I ran across the parking lot, asked her if she’d have dinner with me. She said yes, we walked into town and we’ve been together ever since,”

said Steve in his official biography.

Laurene celebrates her billionaire status with four homes, two private jets, and a 260-footer yacht valued at $138 million co-designed by Steve. Surprisingly she has a bigger stake in Disney than in Apple. Steve got 7.8 percent share in the Walt Disney Company, worth more than$12 billion today, when he sold Pixar. Laurene also inherited her husband’s $560 million stake at Apple. In 1985, Steve owned an 11 percent stake in Apple, which would be worth $69 billion today. But Steve sold most of his Apple shares in anger when he was ousted from the company, for around $130 million. Laurene has controlled Steve Jobs’ trust since his death in October 2011.

Laurene’s mother was a teacher and her father was a Marine pilot. She lost her father in a plane crash when she was three years old. Laurene double-majored in political science and economics at the University of Pennsylvania, worked for Merrill Lynch and Goldman Sachs in Wall Street before going back to college to pursue her MBA at Stanford’s Graduate School of Business in 1989.

Steve and Laurene were married in a Buddhist ceremony (due to Steve’s spiritual beliefs) in 1991 in Yosemite National Park. She is mother of three college-going children ‑ a son, Reed, and two daughters, Erin, and Eve.

The entrepreneur and the humanitarian

In the early ’90s, she co-founded Terravera, a natural-food company that developed organic food, such as legumes and grains. She later took a break to bring up her young children. In 1997, Laurene founded College Track, a storefront non-profit organisation that helps prepare under-privileged students for college through tutoring and mentoring. College Track has currently expanded to eight locations in USA.

In the early 2000s, Laurene started Emerson Collective (named after Ralph Waldo Emerson) ‑ an organisation that bestows grants focussed on immigration, social justice, and education. A private company rather than a traditional NGO, Emerson Collective has funded startups like AltSchool, a VC-backed school that aims to transform education by leveraging technology. Laurene donated $50 million to fund XQ: The Super School Project, a venture that works to reform education.

Laurene was appointed by President Obama as a member of the White House Council for Community Solutions due to her active involvement in the non-profit community.

Laurene has always fought to protect her husband’s legacy. Books and movies that have portrayed Steve in a negative light (due to reasons like denying his paternity of his daughter from a previous relationship, and due to alleged mistreatment of his Co-founder Steve Wozniak and other employees, among others) have led to a spirited denial from her.

A super-wealthy woman, with a high level of ethicality, raises expectations from the larger community. With her children grown up, one would expect her to step into the limelight and make a difference to the world. She certainly has the means to do so!