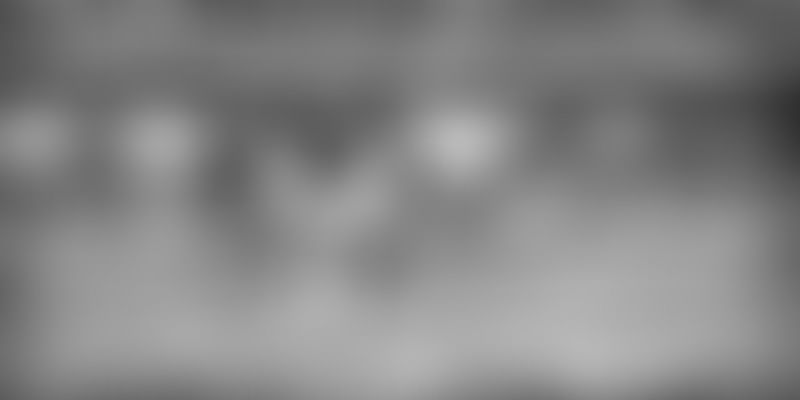 Mother. Teacher. Confidant – Nirajalaxmi Mohapatra is a hero in every sense of the word. A well-known activist in Odisha, Mohapatra runs a hostel for the children of convicts and hopes to change their lives for the better.

The idea came to her in the year 2003, when as part of the Odisha Reform Programme for the counsel of female inmates, she made a visit to the Bhubaneswar Jail, only to see two little ones playing in the prison courtyard. On asking the jailor, he told her that their entire family had been convicted in a murder case and there was no one else to take care of them, so they lived with their mother and grandmother.

According to a law passed by the Government, children of inmates can stay with their parents until the age of five following which they can, on special permission, be allowed to stay for a year longer. However, after the age of six, the law does not allow them to stay on prison premises as a ‘safety’ protocol. However, while the children are staying with their mother, as an initiative pushed by the Social Welfare Program, they should not be treated as ‘convicts’ or a ‘detainees’ and should instead receive all food, clothing, sleeping and other necessary facilities that are theirs by right.

According to official sources, following a Supreme Court ruling, Indian prisons must also “provide crèches for children under three and nurseries for children aged three to six.” Moreover, various jurisdictions also provide financial support for the children of incarcerated parents. The state of Kerala “pays a monthly stipend to children of prisoners serving at least a two-year sentence,” and the state of West Bengal has a law stating that “if a detained person has dependent children studying in school or college, the state government will help to pay for the child to continue attending school.” In addition to this, “some schools in India have lowered their tuition fees for children who are staying in prisons.”

Despite measures made by different governments across the country, the truth is that the child of a convict is likely to be severely ostracised by the general public. In terms of housing, education and basic security, the local authorities, fearing the genetic traits of ‘could-be criminals’, shut their doors on these children’s faces, leaving them with no choice but to turn to petty intrusions and thefts to make ends meet.

To prevent another wave of these helpless children from being submissive to the same fate, Mohapatra realised the need to create a safe haven for them – one where they could lead ordinary, fulfilling lives. Thus, she came up with a plan to run a hostel for the children of the inmates.

“Once I had decided to set up the hostel for such children, I discussed it with the then IG-Prisons, Bidya Bhushan Mohanty. He immediately came on board and forwarded it to the state Women and Child Development department. The Department, too, accepted the idea and provided an initial investment of Rs. 44,000,” she said in an interview with The Better India.

Mahapatra and her team provide for food, housing and educational comforts for the children. Quite naturally, this lead to a considerable strain on finances, and Mohapatra confesses that she resorted to door-to-door donations to raise money to maintain the hostel and welfare of these children. With the help of the prison authorities, there were 23 children in the hostel shortly after its inauguration in November 2003.

The initial days were really difficult. My assistant and I were taking care of 23 children entirely on our own steam. We were looking after their food, education and all their other needs. Finances obviously were a major constraint. To run this hostel I have gone from door to door collecting donations so that I could give these children better facilities.

When the Cyclone Phailin struck Odisha in 2013, things seemed tight for Mohapatra and her wards. But advance planning and execution got them out of a sticky situation. Mohapatra had her children and team move to a new, bigger building with a stronger base for which she had been approving the designs, for a while.

Starting with the children of the inmates of the Bhubaneswar prison, Mohapatra began to travel to other prisons to convince the inmates to allow their children to take residence in her hostel. Some were apprehensive, but most agreed.

There was one convict, Bharat Sahoo, whose son Manas Ranjan Sahoo, was brought by Mohapatra all the way from the village of Bagdeda in the Sundergarh District. Manas is now preparing to enrol in a medical college after successfully taking his Pre-Medical exams. His father cannot begin to thank ‘Nirajalaxmi Ma’ for raising Manas well and helping him reach his true potential.

“Our life is over. But my son has made me proud in my native village, and this has happened because of Nirajalaxmi didi. She is a real mother to the children of inmates. We may have given birth to them, but she has shown them the right way to live,” says Bharat.

Nirajalaxmi Mohapatra is truly a mother and a hero, all wrapped in one. She has given hope to children who have been shrugged off from almost all corners of society by giving them a home and a chance to lead a happy, normal life. We salute you, Ma’am!