How Prahlad Kakar found value at the end of every rainbow 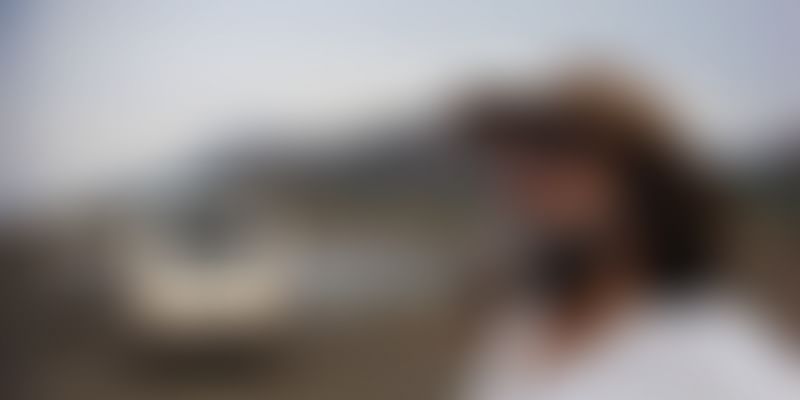 Yeh hi hai right choice baby aha!” “Jalebiiii…”, “Daag… Dhoond te reh jao ge…”  We truly have seen some memorable and extraordinary ads that have earned a permanent spot in our hearts and minds. Even today, with TLDR’s ruling the roost, the Pepsi and Coke brand wars make us stop and pay attention.

Talking about an era when the ad world was different, Prahlad Kakar, who has donned many hats including that of ad man, director, scuba diver, restaurateur, and wine maker says:

From a freewheeling open, extremely bold and risk-oriented industry, advertising today has become very risk-averse. Everything today has been brought down to the lowest common denominator. And it has become trashy and boring. Creative people today are finding it difficult to survive because the suits run the industry. Everything has become so research-oriented; how can you make good ads? The very first thing about a great ad campaign is that research doesn’t understand it. Creativity is of dreams and just cannot be practical.

Over time Prahlad had realised that most people who had done their MBAs were risk-averse people. He believes that very few MBA graduates are truly creative. People who take risks, he says, are the ones who have come to terms with the greatest fears of their lives – the fear of failing and the fear of fear itself. With this school, Prahlad says he is going to put people in touch with their greatest fears and make them overcome them and own responsibility.

Also read: My story from being a food writer to building a restaurant reservation platform

The school follows a very freewheeling curriculum. Over 60 percent of the course is outside classrooms, where people are forced to confront their fears, so that when you get into business you can take risks. Prahlad says,

Read more: How to win over the world Shabana Azmi style

The idea of taking risks isn’t new for Prahlad. Whether it was diving with the sharks or making wine in a bathtub and selling it - Prahlad has done it all, and yet what strikes you the most is his boisterous, candid, and outspoken personality. Hailing from an Army background, Prahlad believes creativity came to him naturally. He is most famously known for his Pepsi ads and his production house Genesis Film Studio.

However, Prahlad says when he looks back on his journey and thinks of what his legacy is, it is not his films, not the advertising job or direction work, but it was the people he ended up grooming to take decisions and own their jobs. Prahlad adds that, today, they are much better than him. This got him thinking about not training only five people but 50 into actually owning their jobs. He says,

Everything in my life has been accidental and not deliberate.

Prahlad had almost joined a multi-national bank. But when he went to look at a bank and how it operated, he knew banking wasn’t for him.

He happened to wander into the basement where all the trainees sat and there was this long line of trainees who were sitting with huge calculators and balancing massive ledgers. “It was a windowless dungeon where people were under drones and drones of work and I just ran for my life,” says Prahlad.

Read more: Dia Mirza and her ‘unbox’ full of perspectives

Beginning his advertising career in the 1970s, Prahlad first started out as an account executive. He, however, quickly drifted to the creative side. While he would request the copy from the copy department, he would end up writing the copy on his own when he found that the copywriters or took their own time.

Prahlad believes that his childlike nature and gregariousness have helped with his creativity; he says:

Being dyslexic, I had a very vivid imagination. I would dream a lot in school and college and advertising is a profession for dreamers. It is the stuff that dreams are made of. Advertising is the dreams of tomorrow. The sheer joy of fantasy and of dreaming is a journey that nobody can take away from me. The simplest form of communication is to be very childlike in your approach to everything. Good creative people all over the world never grow up. The day they grow up, they lose their creativity. Thank God I haven’t grown up!”

Notoriously known for speaking his mind, Prahlad candidly jokes, “It is actually surprising the name I built in the industry. I was so unprofessional that it wasn’t funny, I should’ve been sacked. I think I got out of most trouble because of charm.”

Add more: Why aren’t we comfortable in our own skin? #UnfairandLovely

He adds that while other copywriters would write tons and tons of rubbish copy before coming up with the idea, he would get lines and the idea very easily. Being a gregarious person who reads a lot, Prahlad believes that being a people’s person helped him in the advertising industry.

But, even for someone who believes that creativity came easily, Prahlad had faced a rough patch while working in Delhi. He found that he couldn’t progress there in the visual arts space, as he was looking at films, where his fantasies lay.

“Delhi was very frustrating. It was unprofessional to start out with, and there were no mentors there. My trying to get to Mumbai was herculean in itself. That one year in Delhi, and having to survive there, was my lowest point. But once I came to Mumbai, I flourished,” says Prahlad.

It was in Mumbai that Prahlad met mentors like Shyam Benagal, under whose training Prahlad learnt film-making. And in 1977, Prahlad went ahead to found Genesis Film Productions, which today is believed to be one of the biggest production houses in the country.

It was this long winding trip that is going to contribute to the school Prahlad is building. He says that today’s startups unfortunately are drawn by greed and money. The end of the rainbow, he says, is the value that you create, because the money is temporary.

All efforts of startups today are forgetting passion and not focussing on the idea and execution. Many startups today just have dollar signs in their eyes, and with the funding drying up or slowing down, how many people have the courage to move on and continue building?,” asks Prahlad.