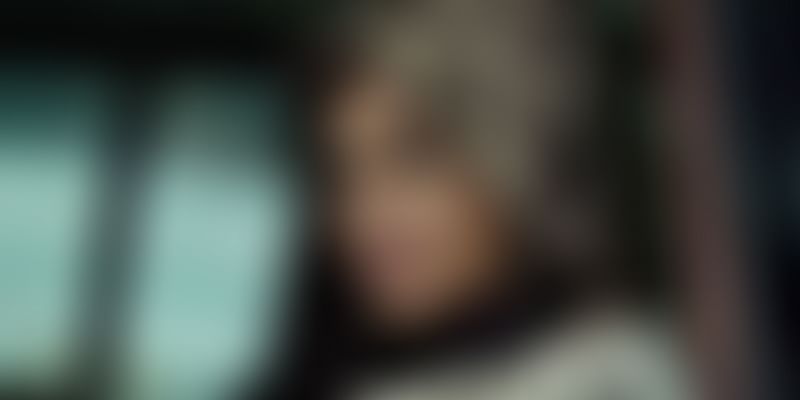 She is not your quintessential Bollywood leading lady. Be it her choice of roles or the sheer straight-forward way in which she approaches issues without mincing words, actress Richa Chadha definitely stands out for all the right reasons.

Born in Amritsar and brought up in Delhi, Richa studied History at St. Stephen’s College in the Capital. All through school and college, she was an all-rounder, who took special interest in theatre. She began her career as a model, and moved on to professional theater, performing on stage in India and Pakistan. Richa has come a long way since making her Bollywood debut in a supporting role, but it didn’t come easy.

In a free-wheeling chat with HerStory, Richa opens up about her journey in Bollywood, why she chose to speak about her eating disorder and more.

“I still consider myself a newcomer and believe that it will take me one more stellar performance for everyone to stand up and take notice” she says talking of her journey in an industry, where until a few years, ago she knew nobody.

Be it as Dolly in Oye Lucky Lucky Oye, or as Nagma Khatoon in Anurag Kashyap’s Gangs of Wasseypur – Part 1 Richa has always stood out from the rest given her choice of unconventional roles. Has it been an intentional career move?

“As a newcomer, and an outsider I didn’t have the luxury of choice. I took on roles that were offered to me and was fortunate that someone like Anurag Kashyap recognised my talent. I think it was both ways. Unconventional roles and I chose each other,” she reflects.

Apart from her firebrand performances, what Richa is really in the news for these days is for opening up about her eating disorder. She created headlines after she told a leading news house about her fight with bulimia and how getting rid of what she had eaten turned into an obsession. In the image conscious world we live in today, it is easier to look perfect than to speak the truth. Body shaming has reached ridiculous levels, there’s either a thigh gap fad or a derogatory meme of a not-so-fit celebrity taking social media storm. We also see several leading actresses, who are frequently picked on for their weight slamming bodyshamers on social media on a regular basis. But what prompted Richa to publicly talk about her struggle is an underlying concern that is much more serious.

“Ever since I spoke about my fight against bulimia, the narrative around my story has always been portrayed in a sympathetic light. They all say, ‘Oh poor Richa got picked on and hence bulimia happened.’ The truth is that I never got picked on as much as the other actresses. And it’s not just the slightly plump actors who are under constant pressure. Skinny actresses are getting breast and butt implants, men are on heavy steroids to achieve the bulked physique, the fixation with perfection is terrifying. People are so blinded with the illusion of looking a certain way that they are ignoring the health hazards that their actions can lead do,” says a concerned Richa.

The internet has opened up a whole new world of possibilities and hope, but what it has also done is created a mad army of blind followers of bizarre fads that originate in different parts of the world. While following these fads may make you ‘trend’ for a day or two, nobody is talking about how dangerous these fads can sometimes be. But were we Indians always this way? Richa doesn’t think so.

“We are a nation who loved a Shammi Kapoor. We adored and accepted plump, fully grown men even when they played roles of college-going boys. We had actresses who looked like real women and could pull off a saree and a bikini with the same élan. It is only recently that we have started aping western trends while they themselves are discarding it. Everyone in the west is going gaga over a Kim Kardashian and a Beyonce while we are still stuck with size zero” she says.

Talking about her fight with bulimia is Richa’s way of telling people to be comfortable in their own skin.

“Everybody thinks we need a cool fat woman to emerge in order to make being plump look cool. But what we really need is all our women to be comfortable and happy in their own skin. We need women who can strike up conversations, laugh at themselves, laugh with the world and are happy” she stresses.

Richa is also a crusader for various other causes and works with organisations such as PETA and World for All for animal rights and other NGOs for water conversation and to stop human trafficking.

Is there an income disparity in Bollywood?

The debate on income disparity in the Indian entertainment industry has been resurfacing every now and then, with a few actors, directors, filmmakers, and actresses expressing their concern and disapproval over the matter. What is Richa’s take on the issue?

Gender inequality with respect to payments does not really exist in the Independent movie scene, where I have mostly worked. However, when it comes to top grossers, big budget movies and top actresses like Deepika and Priyanka, who the audience anticipates as much as the male actors, there should be parity she feels.

Things are getting interesting for Richa. Her recent movie Masaan won two awards at The Cannes International Festival and Sarabjit has been well received across the world. As she trudges on, creating her own path, experimenting with commercial cinema and generally winning at life, she has some advice for all those who want to make a mark in their own special way,

“There is no walking away from your own life. Find yourself in the chaos and feel comfortable with yourself. There is this confidence which will radiate because of your level of comfort and that is what will make you successful no matter what you want to do.”