From Dindigul to Delhi, this entrepreneur is going places after his startup acquisition 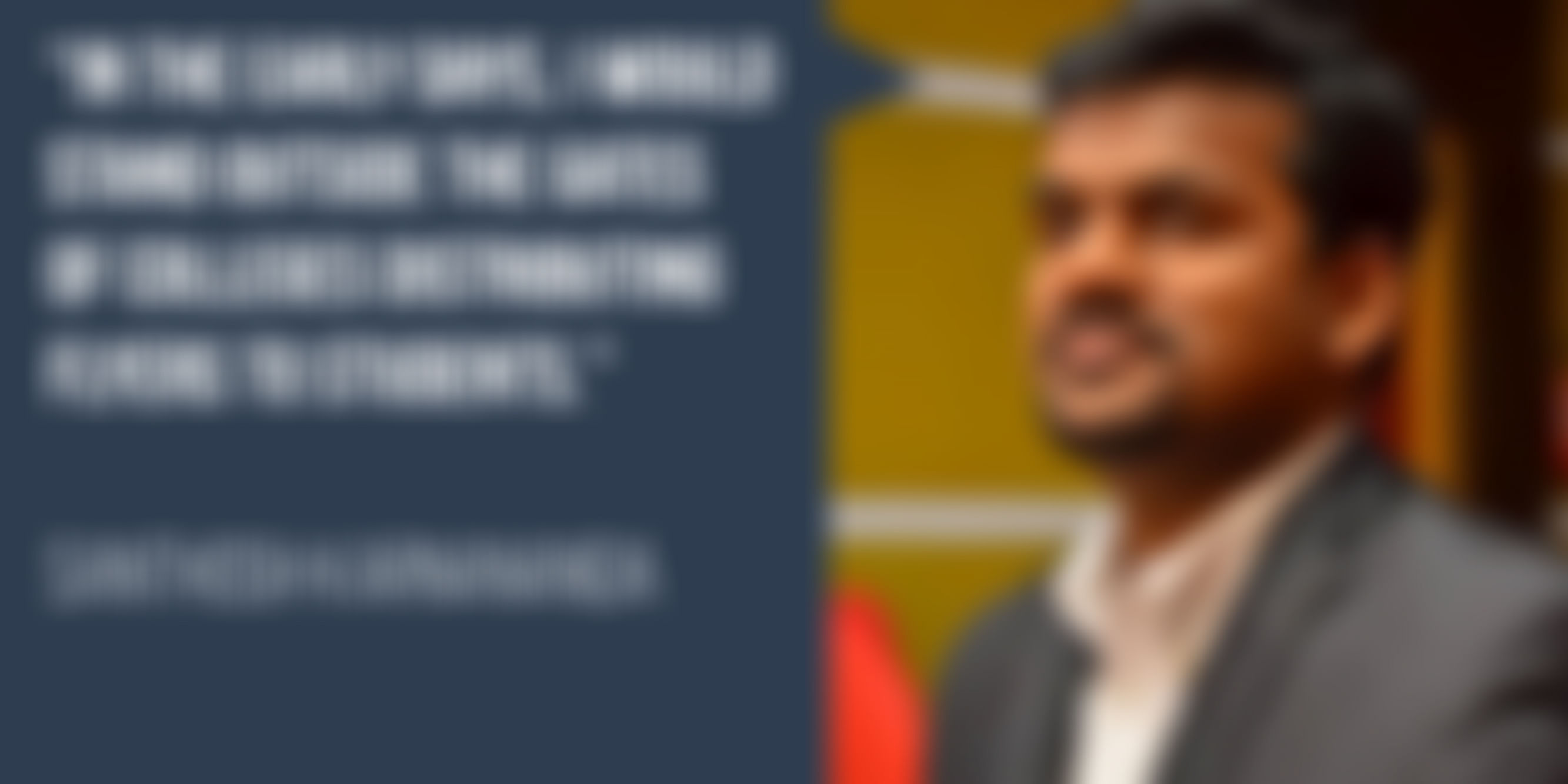 This month last year, Santhosh Karnananda, was telling me his story about his incredible journey that started from his hometown in Dindigul, a small town in Tamil Nadu. How he struggled to learn spoken English fluently. How despite pressures from his family and society he refused to conform and take up engineering. How he landed a job with Google, and how he finally set up his own training and coaching business in Chennai focused on English, GMAT, and GRE.

Santhosh had spoken about perseverance, and how it is the most important ‘tool’ to have in an entrepreneur’s armour. Well, it seems his perseverance has paid off. A part of his business has just been acquired for an undisclosed amount.

ICARE is India's pioneering centre devoted to quality advancement in the higher education sector by fostering global competencies in the areas of accreditation, ratings, rankings, research, and advisory services. The Chairman of ICARE's governing board is Mohandas Pai. Other prominent members on the governing board include renowned economist Dr MS Swaminathan and Dr R Natarajan, Former Director - IIT Madras & Former Chairman AICTE.

Santhosh broke this news to YourStory was a broad smile.

"It feels good. This kind of validation is a big boost for any entrepreneur,” he said. However, he added that it was also a little emotional to let go considering he had built MyGmt & MyGre from scratch. “But that is how life is and more importantly that is how business is.”

MyGmat & MyGre were founded in February 2013, with a strong presence in Chennai. “Having done the ground work and impacted the lives of hundreds of students, we were keen to take these brands to other cities. This acquisition by ICARE, that has a pan-India presence, helps MyGmat & MyGre become a national player," he told YourStory.

As part of this acquisition, Santhosh will be the Director, Strategy at ICARE, in addition to heading the training businesses. He, however, retains the MeraEnglish business.

“We got to know about Santhosh through YourStory. We were very impressed by what Santhosh has achieved in his career at such a young age despite hailing from a small town and modest background. With his experience in successfully running multiple startups in the past, he would be able to add a lot of value in our business expansion plans.”

GMAT & GRE test taking pattern is at an all time high in India. With approximate 30,000 GMAT tests and 1,20,000 GRE tests taken in India in 2015, the test prep market is hot indeed. “We see this as the right time to delve into the test prep industry. With our current expertise in consulting and network of institutions across India, this acquisition is a strategic move to expand the product and service offerings to our clients,” added Karthick.

Recalling some moments from the early days of building this business, Santhosh told me the recent events have been overwhelming.

“I remember in the early days, I would stand outside the gates of colleges distributing flyers to students. I was a one-man team then. My own marketing person as well as a peon. But these are things that one gets to do only in a startup because of the sheer nature of the work,”

he told me on his recent trip to Bengaluru, where he had come to attend a meeting in his new role.

He said he would often make cold calls to colleges and universities to talk to them about what he could offer students. He remembers that the security staff of a university did not allow him inside. “Next month, I am going there as a guest on an invitation from the same university,” he added.

How’s that for an apt comeback?