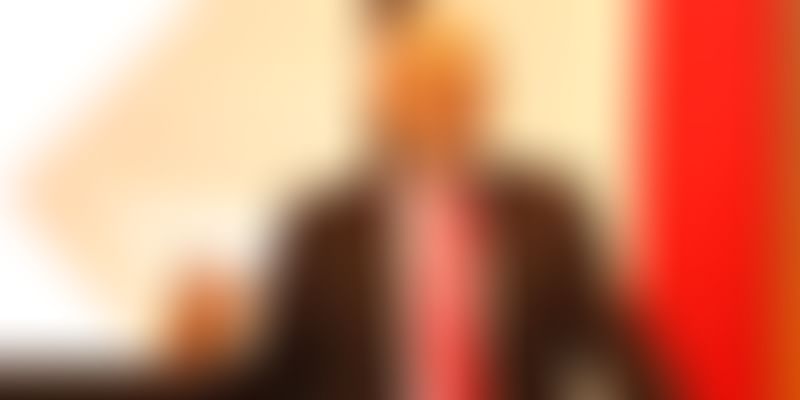 Running an early-stage business is tough and the challenges are multiplied manifold for social enterprises (SE). DBS Foundation recently hosted its inaugural Social Enterprise Summit around the theme ‘Hard Truths and Honest Conversations: Towards Real Impact’ in Singapore on June 16 and 17.

The summit saw over 200 participants from multiple countries, comprising leading social entrepreneurs, incubators and capacity-builders from across the region. The topics of discussion were centred on the realities and challenges of running an SE, including the areas of funding, operations and management.

Delivering the keynote address on the inaugural day, Piyush Gupta, CEO and Director of DBS Group, noted that around 150 years ago, the nature of work was organised around cottage industries and skilled individual enterprises. The creation of large corporations happened during the industrial revolution, when pioneers like Henry Ford created the assembly line to manufacture motorcars. The world then realised that it was possible to scale economies by aggregating large corporations and businesses. Talking about the present, he said,

One profound change has happened in the last twenty years- the Internet. This technology makes it possible to run global scale enterprises without needing global scale infrastructure.

Piyush then cited examples of Instagram- which was sold for a billion dollars to Facebook– but just employed 19 people. E-commerce giant Alibaba employs an estimated 30,000 people, while brick-and-mortar competitor WalMart, on the other hand, has over two million people on its payroll.

So, as the nature of jobs are changing drastically with the ‘gig economy’, there is greater opportunity for smaller enterprises to create more impact and propel the engine of economic growth on a large scale.

But to go forward, Piyush believes that the problems of income inequity and inequality need to be tackled effectively. He said, “More than 50 percent of the world’s wealth is in the hands of the top one percent of the population. This creates a large amount of social angst.”

Piyush believes that there is no easy solution for this tough problem. Noted philosopher and economist Karl Marx had suggested the idea of equal distribution of wealth (from each according to his abilities, to each according to his needs). But this model has a flaw as it kills the motivation for people to work and put in effort. Piyush said,

So it is our belief in DBS that the only answer is for private sector companies and corporates to play a major role in bringing this social change, along with the government. We (DBS) operate on two licences: from authorities and civil society. We work to earn these licences everyday.

DBS CEO @piyush24 at #DBSFSummit: "We operate on 2 licenses: from authorities & civil society. We work to earn these licenses everyday."

Piyush believes that the best way to take this forward on a larger scale is to create an ecosystem of similar-minded companies with dual agendas to drive business and social outcomes. He said, “This could be a fantastic force multiplier.”

Last year, during Singapore’s 50th anniversary, DBS decided to create a specific foundation and put $50 million into it. The intention was to create thought leadership and help like-minded people network and share ideas to set up sustainable social ventures. Piyush said, “It’s helpful that at it roots DBS has been working with lot of small SMEs and entrepreneurs and we have it in our DNA.”

Piyush recalled that almost 15 years ago he tried his hand at entrepreneurship but failed, though he had strong financial knowledge. He realised that having domain-specific knowledge about the sector one is entering is one of the keys to success, with the other being the ability to constantly innovate. He said,

Social entrepreneurs have it harder as they need to convince people and investors that there is a social Return on Investment (RoI) too in addition to economic RoI.

Taking the stage next, Euleen Goh, Chairman of DBS Foundation said, “Social enterprises face similar if not greater challenges than traditional for-profit organisations, as the sector is still nascent and little understood by funders. As a champion for social entrepreneurship, DBS can also learn from these entrepreneurs and their needs, so as to better support them.”

Through DBS-NUS Social Venture Challenge Asia, the two organisations have been identifying and mentoring new social ventures that have potential to generate positive, scalable and sustainable social impact. In its third year, the programme claims to have received a record number of submissions earlier in May- with more than 1,000 entries from over 25 countries.

Over 120 global enterprises have been shortlisted and an expert panel will pick the final 12 to compete in Singapore in September. The sectors range from agriculture to education and even healthcare and sanitation. The shortlist also includes 15 enterprises from India.

DBS added that over SG $175,000 in seed funding will be awarded to top teams, with special prizes conferred to sector champions: ‘Syngenta Agriculture Social Enterprise’ Awards and ‘raiSE VentureForGood’ Grant award. DBS noted that the preliminary round of judging has been completed with more than 250 judges giving their time.

Currently, grants are the Foundation’s main form of financing SEs. In the second half of 2016, the Foundation will be calling for applications from SEs in its key markets, Singapore, Hong Kong, China, lndia, lndonesia and Taiwan. Grants typically vary from SG $50,000 to 100,000 and are awarded to high-impact SEs to grow and develop their initiatives in critical areas: healthcare, agriculture, education, environmental sustainability and more.

With grants from the Foundation, SEs can test and create prototypes, and enhance processes. Grant awardees join a community of other entrepreneurs in Asia that the Foundation actively supports and promotes. The community can also expect support in the form of mentoring, training and access to marketing channels and networks.

In addition to grants from the Foundation, DBS Bank also helps SEs by giving special banking packages. DBS claims to be the first bank in its key markets to roll out SE banking packages which, apart from virtually free transactional banking services, offers business loans at favourable rates to select qualified social enterprises.

Patsian Low, Head of DBS Foundation, said, “Social enterprises, essentially commercial organisations with a social purpose, need financing to start up and grow. We have found that the lack of access to capital and capabilities to scale up their impact continue to be the biggest obstacles.”

Working with communities and entrepreneurs has always been part of our DNA. Through DBS’ resources and networks, we are helping to ramp up the capabilities of social enterprises that are catalysts in building a better future for Asia.