How to find the work you love 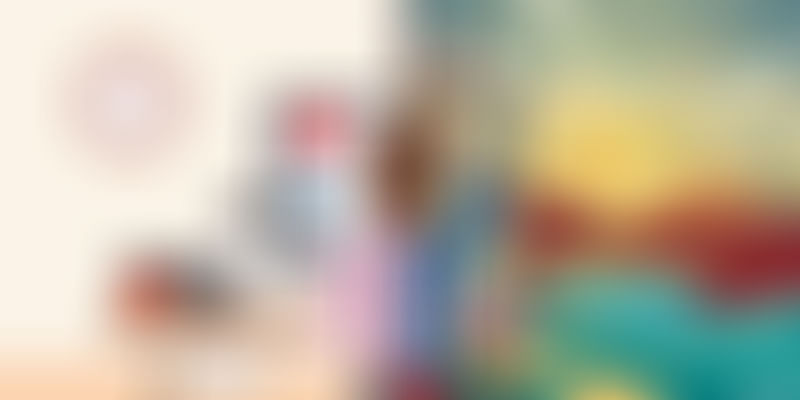 You love to travel, cycle, write, dance, sing, build things or even break things. What is it that stops you from pursuing said activities? Most people decide on taking up jobs they don’t like, or even hate, just so that they can save some money prior to pursuing their ‘dream’. Why not just take up a job you love, and earn a bit less? We all seem to be in a rush to build up impressive resumes; we spend an inordinate amount of time pouring effort into shaping that 8.5”x11” piece of paper. As Warren Buffet once said:

Taking jobs to build up your resume is the same as saving up sex for old age.

According to a survey conducted by Deloitte about fifty percent of the employed are dissatisfied with the work they do. That means that half the working population is not performing to its potential. And it was observed that these people were actually ready to quit their job when offered a job they loved. But why did they have to be offered these jobs? Couldn't they have sought out these jobs for themselves?

There’s a herd mentality prevalent in most of the world, including India, that dictates that the rat race is the only way to get ahead in this business called life.This philosophy could be immensely damaging to the realisation of the potential that exists within every single person.

It has to be acknowledged that quitting your job isn’t the easiest or most appealing thing to do. Changing your way of life to find a job you love is a lot of work in and of itself. Here’s a step-wise process to guide you through this transition:

If you don't know what you are looking for, you are never going to find it. Learning what your strengths are may be difficult, but nobody can do it for you. You need to find that out for yourself. To help you in your pursuit, you can use many self-help books and also consult your friends. More importantly, know what your values are. What are the things you live for? It can be family, health, anything. Never compromise on your values for anything.

Steve Jobs dropped out of Reed College, a dream college for many. He did not have any plans. He ‘dropped in’ on classes for free. That is how he learned calligraphy. Sometimes, you needn’t even know what you love, knowing what you don’t love is also a great start.

Take the story of Elon Musk. He always followed his passions. Whatever he did not know, he found in books or asked for help. He did not know much about rockets initially, but he learned and ended up revolutionising rocket technology (SpaceX). He did the same with electric cars (Tesla).

Probably the most undermined strength of people is their experiences. You might think you are too young to have had life-changing experiences, but you are mistaken. You have lived through your life, and you must have had experiences which helped you realise your strengths, recall them and learn.

Mark Zuckerberg was only 20 when he dropped out of Harvard University. He did not know anything about how to run a company, but that did not stop him. He only knew programming, and that is what he did; and in the process, he ended up founding Facebook which is worth more than $300 billion today.

Strive for the impossible

Think about the rush of confidence you would get when you achieve the impossible. It doesn't even have to be great things, it could be tiny steps. Think of how you would feel when you prove others wrong, and more importantly prove your earlier self-doubt to be unfounded.

At the age of sixteen, Albert Einstein, received a remark from the head of his school saying, “He will never amount to anything”. It is plain hysterical right now, but imagine the head of your institute telling you that. If nothing else, it would certainly make you question yourself once. Obviously, Einstein went on to earn laurels and contributed immensely to the field of theoretical physics.

Surround yourself with passionate people

If you are surrounded by people who don't believe in you or your skill, you won't be able to do it. Even as simple a task as writing; surround a kid with people who tell him he will never be able to write, and you can bet that he won't even try. But the same kid could be the next Shakespeare if surrounded by the right people. It is not difficult to find passionate people, especially with the internet by your side. Coin-collectors, knitters, whomever you name, you can find them on the internet. Connect with them, learn from them and master your skills. If you are very good at something, even something as simple as knitting, you can make a fortune out of it. The fastest way to do something is to surround yourself with people who are already doing it.

You are the average of the 5 people you spend the most time with.

Also, know that you are also part of someone else’s surroundings. A few words of encouragement can do wonders for others. And this is a proven fact: Norman Triplett studied social facilitation in 1898. As part of which, he studied cycling patterns of various cyclists. He found that racing against each other rather than racing against the clock alone increased the cyclists' speeds. This is what we call the 'co-action' effect.

There’s a number of ways in which you can quit your job, the most preferred being the ‘Bollywood-style’. Blatantly blabbing about your disappointing run in the company and throwing the resignation letter in your boss’ face. While that does sound tempting, try and avoid it. You are quitting the company, and there’s a way: Don’t just walk out, give prior notice. And complete your work before you leave. You might go meet your colleagues again; you might need their help to start-off. So instead of burning bridges, build new ones. Talk to people you never did as they might be able to help you in your quest for the job you love. There is a high chance that you will find someone similar to you. Moreover, knowing that the company will accept you back later is a huge confidence booster and is only possible if you build strong bridges.

If you are an owner of a company, it is equally important how you react when your employee decides to quit. For all you know, he/she might go on to build a billion dollar company and could be a valuable asset.

Mastering the Game of Life

Let us suppose, you go to a fair to play a game called “Game of Life”. Now, in this game, the game-offer-decider (who will henceforth be referred to as GOD) explains the rules to you: There will be two coin tosses. If you get heads on the first coin, you will get $100. And if you get tails on the second coin, you will get a chocolate which is worth $100. We refer to this deal as 'Deal 1'.

GOD is fine with the deals, and leaves it up to you to decide. Now, both the prizes are valued independently i.e. having one doesn't increase or decrease the other's value. Taking the trickster's deal would ensure you a prize. Which would you take? Deal 1 or Deal 2? This is a well-known mathematical problem. Deal 2 seems like a rational choice. If you chose this, you are one of many. But, look at this from a different perspective, Deal 1 offered a possibility of winning both the chocolate and the money, while you could have only one in Deal 2. But you chose the latter because it was safer.

The obvious analogy of the game: $100 is your work and the chocolate is something you love. You can have both, but settle for only one at a time. Why does it have to be this way? Why can't you have both, or at least try to? Why can't you find the work you love?

There are a lot of things that are out of your control. You could die tomorrow, for all you know.

But, irrespective of all the things that are out of your control, the above points go to show that you are still the master of your own fate to an amazing extent. Grand endeavours are not necessary, only the pursuit of what you love, however simple. Imagine a world where we could all do that which we loved; wouldn’t it be majestic?