What will it take for us to Indianise our internet? 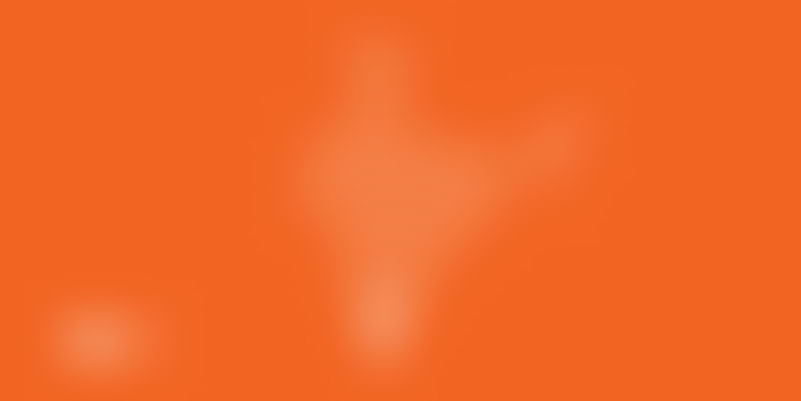 During the trip, I met with many people who inspired me in a lot of ways. One of them is Rahul Narvekar. He hails from the Mumbai slums. Today, he is a fellow brother and a proud entrepreneur who founded NDTV Ethnic Retail Limited’s Indian Roots. His inspiring story is worth telling many times over.

Rahul taught himself English right from a very early age because he understood that it is the social differentiator in India.

Albeit overdue, Rahul is very rightly recognised today for his hard work and passion. But what about the other stories that are worth telling? How do we recognise them on the social radar?

It is common knowledge that a non-English speaker in India is culturally and socially undermined. This is because the English language is directly tied to knowledge. Access to higher education in India is restricted to English. Because of this, millions of capable geniuses who are educated in local languages but not in English lose out on the opportunity of gaining useful knowledge and means to achieve success in their own terms.

Lack of local language content results in problems beyond social and cultural undermining. It affects our economy. Gravely.

India has an overall literacy rate of 74 percent. However, only 10 percent of Indians are English-savvy. And among the 10 percent, only four percent can comfortably communicate with it.

While most media, like print and TV, has understood this gap and is offering services, products, and content in local languages, the internet is still playing catch up with it and miserably failing. Even though the internet has been around for more than 20 years, it currently caters only to four percent of Indians who are online.

The internet thinks that India is an English-speaking country.

We are a nation of polyglots. And the lack of English knowledge should not be a barrier to move forward economically.

There are several misconceptions surrounding the Indian online market. Many businesses and our own government think that the local-language users cannot benefit from the internet when their most basic needs have not been met. They are wrong.

Local-language users want to be online. But the lack of content creation capability and the basic online infrastructure is a long way to go.

We have proof of this from Reverie’s records themselves. Two thousand clinics of a leading healthcare aggregator have switched to SMS alerts in local languages in just three months. Thirty percent of auto rickshaws are now operating on a localised transportation app. Rajasthan and Karnataka governments have already started localising their reach to Indian citizens.

India could potentially add $17 billion in GDP, for every 10 percent increase in the internet. A report from the Indian Council for Research and International Economic Relations claims that a 10 percent increase in internet subscribers results in 1.08 percent of increase in output. A 2011 McKinsey report states that India was the third largest internet user base in the world, and contributed to six million direct and indirect jobs.

Fast forward to 2013, India became the second largest user base. In just two years! And the direct and indirect jobs trebled.

Now, we are in 2016. And we do not have enough substantial data to arrive at a fixed number. But I believe the internet’s contribution to the economy would include more than 10 million direct and indirect jobs.

Imagine its impact if the internet was extended to the masses in their own languages. More jobs. More awareness. More knowledge sharing. More exposure. More GDP. More economic advancement. And more everything.

The Indian online market is a lot like the Chinese market: non-English speaking, varied geography, and multilingual. China went from 34 percent internet penetration in 2010 to 52 percent in 2016! That’s 260 million people who’ve come online in just six years. Because the internet is in Chinese.

We heavily criticised the Chinese when they decided to close their country to outside competition. But today, the Chinese citizens enjoy its benefits.

To abolish this unwritten apartheid against the local language users in India, we have to bring forth effective changes at the policy level itself.

Indian internet policies are scattered, non-discoverable, and non-communicative. The infamous 2004 Bazee incident is still echoing all around India in various forms because of lack of clarity in the Indian internet policy. Because of this non-regulation, many potential intellectuals who can make a great impact on the country shy away.

Not only that. The internet is in English, and it is not usable by the majority in India. The current Indian internet policy does not address this major gap.

The internet must be made multilingual to reach the majority users in India.

Several online businesses have begun to realise this gap and are attempting to localise their brand offerings so they can reach majority users. The localisation revolution has just started. It is still a long way to go.

In this regard, one unfortunate incident comes to my mind. My parents were overjoyed when they learnt that they could surf the internet now in Hindi. When they were exploring this new found pastime, they were shocked to find out highly inappropriate results that sprouted up for an innocent search term.

Local-language users are early-stage users, unlike the English-language users. The basic online infrastructure has to be set up first for facilitating their journey from both technology and UX perspectives.

Basic regulations such as relevant SEO, discoverability, multilingual search, and input must be set up for Indic languages. The most fundamental of basics when it comes to anything digital is the input methodology. For the internet, it is, unfortunately, several local-language keypads and keyboards that allow typing of archaic or ambiguous combination of Indic-language characters.

Indic languages are complex in their nature. They are a combination of consonants, vowels, vowel signs, modifiers, and several conjuncts and ligatures.

Therefore, just like Indian children are taught to write in Indic languages, they must be taught to type as well early in schools.

As globalisation and the proliferation of PCs set in in the late 90s in India, the Western race for providing more number of Indian languages in different OSs and products began.

In 1997, Adobe and Microsoft jointly introduced the Open Type font format as a successor to legacy font formats. It quickly gained popularity because it was flexible and offered varieties of features, which included cross-platform compatibility.

Many manufacturers outside India demonstrated the power of Open Type without having thoroughly researched the Indic typography. Their background knowledge of the complexities involved in Indic scripts was limited.

Because of the same reason, these inconsistencies and deformation of Indic-script typography made their way to the print and display medium as well.

The Indian internet policy must regulate and standardise the usage of Indic-language fonts for a clean foundation.

We in India are already moving there rapidly, though we still have a long way to go. Basic physical infrastructure like electricity and roads are yet to reach the smaller towns and villages that are not connected through the highways. This will continue to pose a challenge to all digital access and physical deliveries.

Like the Chinese, with the right physical and online infrastructure, we could live well and make a living. This is not an overboard solution. It is achievable and measurable. The possibilities are enormous, and the opportunities are open ended.

As I gear up for the mBillionth Award 2016 to speak at the 'Indic Internet users: open Internet for them' panel, I check my papers, my notes, and my reaffirmations:

We can and will Indianise our internet.