Get familiar with the new rage augmented reality 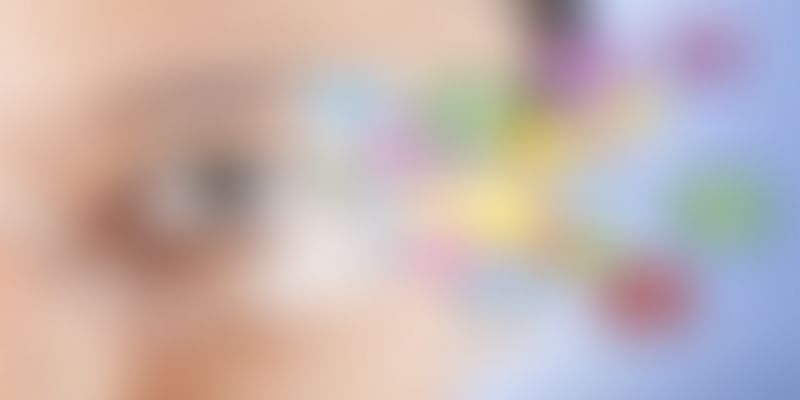 Augmented reality (AR) is a digital layer of information (including images, text, video and 3D animations) viewed on top of the physical world through a smartphone, tablet or eyewear. The concept of AR was first popularised by Hollywood movies. Since then, developers have been playing with this magical idea of superimposing a layer of information over the reality and change the way we perceive the reality. We live in the era of ‘information technology revolution’. It was in this era when computers, mobile phones, internet become mainstream and ‘information’ become free to flow across the countries and continents. AR is the most advanced medium to transform information.

AR is the technology that superimpose the information (images/text/video/3D animation) and throw it right in front of your eyes through any screen (smartphone /tablet/eyewear). The definition of AR is expanding to include things like wearable technology, sensors, and AI to interpret the individual’s surroundings and delivers a contextual experience that is meaningful and unique to the individual. Therefore, nowadays business and developers are integrating AR with other technologies like machine learning and deep learning to first interpret the context of user and then using AR to providing personalised solution (information) to the problems. Therefore, AR is about a new sensory awareness, deeper intelligence and heightened interactions with our world and each other.

AR is the sister technology of virtual reality (VR) and people often used these terms interchangeably. VR is a much more immersive version of the content we already are consuming through our smartphone screen or computer screen. Primarily, VR is the technology that encourages users to engage in completely immersive computer-generated arenas, rather an AR experiences which present digital enhancement through overlaps with or over the physical world. Confusingly, both AR and VR share key elements that allow users to experience enhanced interactions through digital and online input. With the increasing advancement of gestures-based interfaces, distinctions between VR and AR are becoming increasing irrelevant.

AR/VR has been the talk of scientific world since decades now, but 2016 is looking like the year when these technologies will become mainstream. Basically, these technologies provide information to the users in a most interactive and comprehensive manner and therefore it has applications in almost every sector of the economy. Major sectors that will be disrupted by these technologies are:

1-Health care – Doctors using AR/VR can radically change the accessibility of quality health care services around the globe. Patients can consult doctors through VR without leaving their doorstep. A step further patients can even buy the medicines through the same applications. Surgeries especially those of organ transplant could be performed with much greater accuracy. Already wearable technology is assisting people to monitor vital body parameters and track the status of personal health and avoid lifestyle diseases.

2- Retail - Retail market will surely be disrupted by these technologies. AR/VR gives a tool to businesses to show their products to potential customers in the most immersive manner. Customers can also see how that product will look on them before using them. A classic example of a similar technology would be Lenskart.com that shows various eyewear frames on your face. With AR, people can see how that dress/shoes/hats/jewellery, etc., will look on them before even buying them.

3- Defence - AR/VR can enhance the capabilities of defense forces. Drones which are increasingly being used in complicated battle fields are application of AR only. Now soldiers can remotely fly a fighter plane and with the help of an eyewear it shoots the target. Similarly, AR is also being used in combats where soldiers wear a head mounted display and their movement is coordinated from a remote headquarters by displaying instructions and assisting information on the screens. A soldier’s ability to kill the enemy can vastly increase through AR/VR.

4- Entertainment - Movies and gaming industry are already seeing the disruption of AR/VR. The recently launched AR game Pokemon Go has already broken all the records. It is simply an integration of Google maps technology with AR and famous cartoon characters of Pokemon. But, the viral response game has received from across the world is an answer to all those critics of AR, who were refusing to admit that this technology will not go mainstream in coming future.

5- Governance - After e-governance, soon we will be using terms like AR/VR governance. Like any other sector, AR/VR can radically transform the delivery of services provided by government agencies.

Flagship schemes of government like Sarva Shiksha Abhiyaan, skill development, etc., can be made much more efficient and impactful if we integrate AR/VR in them. Education can reach to millions of deserving kids through highly interactive AR/VR classes.

The technology exists, it has arrived with full force and now it is about authoring compelling content and applying meaningful experiences in this new medium to finally make this world a better place to live.