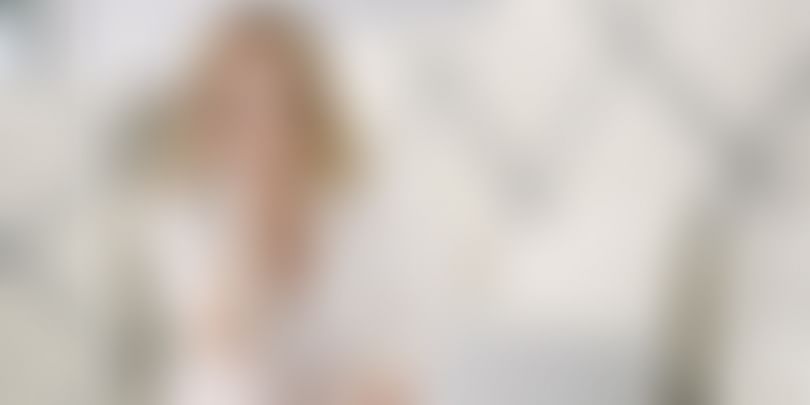 When she left Croatia with her little luggage, fleeing the Balkan wars, Sanda Pandza thought that departure would be temporary. She thought she would go back to her sea, to her love story, and possibly to a country without dictatorship. Certainly she did not imagine she would meet a Roman princess who would propose to her a collaboration to organise weddings at her castle, and later embark on a very successful entrepreneurial career.

Sanda fled her home in Split in 1991, and since then she has been living in Rome, where one of her relatives had come from Croatia a little earlier. Her first years in Italy were a bit confusing, “For every immigrant, the early years are not easy at all. Learning a new language, fighting the dead ends of bureaucracy and underpaid jobs are problems that every immigrant goes through. While studying, I had the opportunity to do any sort of job- I worked as a baby sitter, waitress, model. After graduation [in Foreign Literature], I worked for Maison Fendi and later, I collaborated as personal assistant for the director of an airport.”

Then in 2001, her work led her to meet the Roman princess Maria Pace Odescalchi. “It was a purely fortuitous encounter,” says Sanda, “Joining creativity and organisation has always been my passion, but I would have never imagined this would become my profession. Yet, I immediately understood that this is what I love doing. It’s a positive and cheerful environment, and I work with people in love!”

Sanda explains that in Italy, her profession is relatively new and often misunderstood, “Many think wedding planning is an ‘accessory’ service but it’s in fact a professional consultation, which leads the spouses through all the organizational phases. It gives them the opportunity to choose the best of what the market offers and guarantees impeccability for the most important day of their lives.” She adds that details are a central concern for her, “I have a YouTube channel exclusively dedicated to underlining every aspect of what I organise, where I interview all my collaborators.”

Sanda does not have a full-time team, with the exception of events at the Odescalchi Castle, where she hires a trusted pool of collaborators. Otherwise, the number of people required varies according to the event. She explains that “generally, for a wedding with 100 guests, at least double the number of staff is required…would you believe that?”

Money-wise, the beginning of Sanda’s career was relatively smooth because, thanks to the collaboration with Maria Pace Odescalchi, her major investment was the time she spent learning. “Even now, I focus a lot on learning new things,” she says, “because one can never claim to know it all in this sector.”

Later, in 2010, she broadened her entrepreneurial reach starting up Wedding Italian Professional (WIP) where she made some personal investments. “I started WIP to put together my decennial experience in collaboration with others in the sector. The aim is to offer a starting platform for whoever wishes to embark on a career in wedding planning, besides trying to prevent improvisation, which is still very much diffused and hinders the profession as a whole.” She continues to explain that WIP “is based on a deontological code that all the affiliates have to subscribe to. It has a scoring system which awards every member according to their formative and professional experiences…and it’s a first step toward the official recognition of our profession by the state, which still does not acknowledge it as a formal job.”

Sanda argues that the main difficulty she has encountered was to open a Partita Iva (the equivalent to a VAT registration). She points out, though, that “in Italy the procedure to open a Partita Iva is challenging for anybody, regardless of where you’re from.” More specifically to her job, the issue about wedding planning “is that there’s no such a thing as ‘costumer trust’ because people normally get married once only,” she jokes, “Yet, this is also a motivation to give your best because you only have one opportunity to show the quality of your service and to earn good word-of-mouth, which still remains our best publicity.”

Sanda confesses that the economic crisis has had an impact on her activity in the last couple of years, but

I didn’t want it to be an excuse to lower my standards. Sometimes it’s important to say no to clients, not to compromise the quality of my services.

Highlights and the future

When asked about highlights in her career she answers that, “There would be tons, but for privacy reasons I cannot share them explicitly.” Then, quite modestly, she recalls, “Surely, one of the most remarkable moments was when I organised Tom Cruise and Katie Holmes’ wedding. It was very unusual to be amongst so many Hollywood stars and find out their unexpected and surprising simplicity.”

Sanda says that she measures her success “feet on the ground and with great humility. Every day I have to reinvent myself – which is the great aspect of my job. It always keeps you active, even though the ‘non-stop working’ can be hard. It requires the courage to change and accept constant movement; as well as the ability to cut out moments for oneself..I could never give up travelling and reading!”

About being constantly on the move, Sanda shares that she is currently working on the project “Destination Weddings”, to organise weddings in different parts of the world. Moreover, besides organising weddings, Sanda has recently started writing. She has recently published her first book titled Una Ragazza Con La Valigia (‘A girl with a suitcase’), a partial autobiographical novel about a girl who flees the war in Croatia, reaching Itay. “Writing at the moment is my next exciting challenge, and I hope to keep doing it after my first book. It’s another field that I find very rewarding and makes me happy!”

Here you can find the link to WIP website.

Here you can learn more about Sanda’s book.

You may also like – BollywoodShaadis.com: Online platform for wedding planning information resources