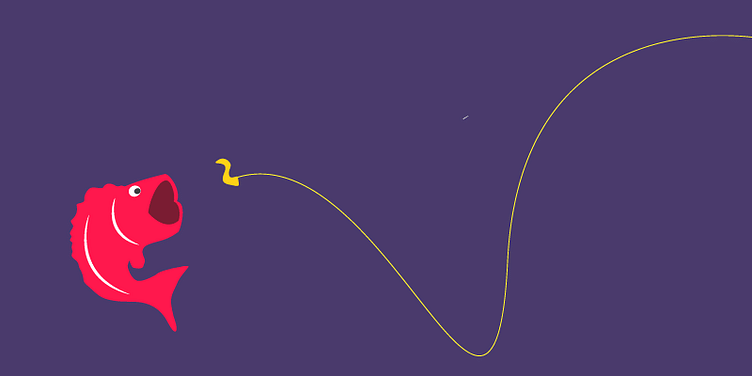 Muhammad Ali was probably the most significant and celebrated sportsman of the 20th century, not because of his punches, but rather his timing. Good at anticipating his opponent's strokes, he would dodge the punches and strike when the opponent was off-balance. This technique is called 'forward thinking' strategy.

This strategy is equally important in business, noted Bill Gross, in a TED talk addressing the popular dilemma of why startups fail. He is the Founder of Idealab, a startup incubator. He has founded or helped found hundreds of startups, having seen successes and failures.

Startups usually have a group of passionate people pursuing a common objective. But if drive and passion are the key ingredients for a startups to taste success, why then do 90 percent of them fail? Gross broke this conundrum down into five factors.

Many entrepreneurs have internalised the myth that ideas are everything. The best way to back this would be through examples: Google wasn't the first search engine, it was Archie. YouTube wasn't the first video streaming website, it was RealPlayer. Similarly, Facebook wasn't the first social networking website, it was SixDegrees.com. These successful companies did not have a unique or revolutionary idea. But they were better than the already available products, or had a bit of luck. That doesn't mean you go try your luck on copying the ideas already out there. You can be fashionably late to a party, but not an entire day late. If you do follow suit, make sure you are not the latter. Nothing can replace a good idea.

Before Airbnb, could you have thought of letting a complete stranger come into your house and even served him breakfast? Probably not. It started when two guys in San Francisco couldn't pay rent and decided to rent out three air mattresses to people and serve them breakfast. They made a simple website, and just like that, they were the first hosts on Airbnb. That simple website, which started as a means to avoid bankruptcy, has eased the lives of many travellers today.

A startup is only as good as its ability to adjust. And this is only possible if you have a reliable and active core team. At the end of the day, customers are your bread and butter. Startups have to be customer-centric, for which they need an adapting team to evolve with the needs of the their customers.

With an aim to build a easy-to-use computer with an interface that did not scare away the users, a team of four people changed the world. The team slowly expanded and also diverted in between, but eventually achieved its objective. Backed by the visions of Steve Jobs and the mastery of Steve Wozniak, Apple went on to become the biggest technology company.

A startup needs to be profitable, in order to attract investors. It needs to generate customer revenue to be a feasible idea. A seemingly insignificant but wrong decision can lead your company towards bankruptcy. There are several startups that don't see the light of day because they lack a sound business model. This shows that having no business plan is not a good decision, and that you should at least know where your startup is headed financially.

There were days when many companies had monopolies in almost every field. And 'discounts' did not even exist. Who would have thought that companies would actually give money to publicise its discounts. With so many companies coming up, competition has been increasing at a staggering rate. Groupon capitalises on the importance of making a company reach as many users as possible, through communicating its discounts.

Every other day you see startups compete for funding, showcasing ideas and impressing investors. Funding obviously forms a big factor in any startup's story. The worst possible scenario would be when you have a great idea at the right time with right people, but you don't get funded, and you end up a bystander watching your idea succeed but with someone else's name on it.

In the early stages of Google, Sergey and Larry, still students at Stanford University, wanted to sell the company they had named Google and focus instead on education. They even approached George Bell, CEO of Excite for a $1-million buyout, which he rejected. He, instead, offered $750,000. About five months later, they received an investment of $25 million, and hence started the journey towards Google's present staggering success.

If you started a search engine right now, similar to Google, there would hardly be any users. You will be late to the scene, and many companies have already taken up the domain.

Till the 1990s streaming companies relied on many add-ons to stream media. Just an Internet connection was not sufficient for you to watch videos online. Adobe Flash came much later, and along came YouTube. Its timing was very important. Before Flash, videos online were stored in various formats like Windows Media, Quicktime, and RealMedia, as well as others. Each one had its own browser plugin, and just to install it you had to download a huge software. Flash came pre-installed with most of the browsers. YouTube supported this, and hence became an instant hit.

When Gross compared 200 companies, successes and failures alike, to analyse their major factors for success, he found timing accounted for about 42 percent of the difference between success and failure. It was followed by team (32 percent) and idea (28 percent). Business model and funding were the last two, because they are not very important in the initial stages of the startup and can be taken care of as the venture expands.

To back up these results, let us look at how timing affected the afore-mentioned companies:

Many investors gave Airbnb a pass, thinking, “who would want to rent a space in their home to complete strangers”. And that could have been the end for the company. But, one of the main reasons it succeeded was its timing. That company came out at a time when the recession was at its peak, and everyone was looking for an extra buck or two. And maybe that gave the hosts a reason to allow strangers in.

Before iPhones, iPads and iPods, Apple had already established itself with the Mac. Mac could be regarded as the single biggest reason Apple didn't fade off. Before Mac, computers were thought of as sophisticated machines operable only by a selected few. People were attracted to computers, but at the same time afraid of using one because of its complexity. Mac changed it all, kicking off the transformation of computers from machines to toys. The timing for Mac couldn't have been better with the upper middle-class wanting to become more and more tech-savvy.

The competition in the retail industry is seeing unprecedented growth. Groupon entered the fray when companies were ready to go to any lengths to promote their companies. Apart form an enviable business model, they timed their launch perfectly.

Google came at a time when the entire world was getting on this amazing new thing called Internet. People were using Internet, but not effectively enough. There was a lot of data out there, but it wasn't easily reachable by the users. Google solved this problem, by giving search results based on popularity. The more people searched, the more they wanted to know. The fact that Google came right at the peak of Internet bubble helped the company expand its reach.

Startups need to anticipate the needs of the users and, much like Muhammad Ali, implement the 'forward-thinking' strategy. Because, timing is everything.