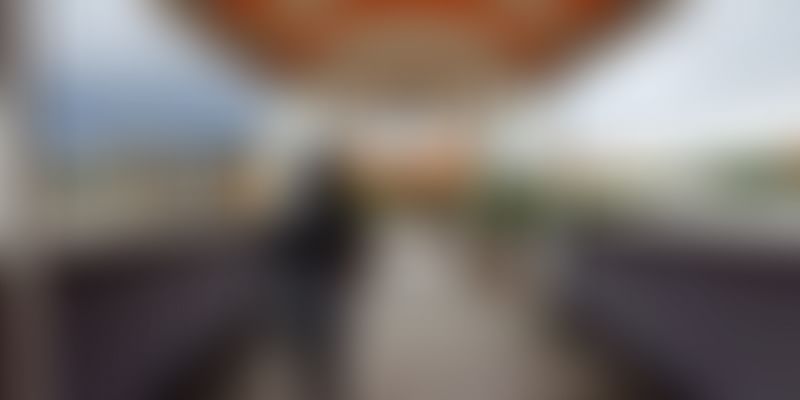 Chikù is a multifunctional space which resulted from the merger between the association Chi Rom e Chi No... (‘Who Roma and Who does not...’) and the social enterprise La Kumpania, both started to promote the integration between locals and the Roma community settled in Scampia, Naples.

Just to help you understand the scenario, Scampia is one of the main sets in the film Gomorrah, inspired by Roberto Saviano’s namesake book. Even considering that reality is never exactly like cinema, homicides, armed conflicts, showdown clashes and other forms of criminality linked to Camorra are sadly widespread here.

Yet, even if it may sound awkward when referring to a situation like Scampia’s, problems are also opportunities to create innovation. In this specific context, ‘opportunity’ indicates the possibility to challenge beliefs rooted in the community, which prevent it from changing and therefore lead it to isolation. This requires a very good knowledge of its explicit and implicit rules, rituals and restrictions, as well as the courage not to follow them. It is hard, but sometimes, someone tries it out.

The Roma community started settling in Scampia in the 1970s and grew during the 1990s due to the Balkan wars. The Roma camp has always been illegal and the integration of its dwellers quite problematic, for reasons which span from cultural differences to bureaucracy to the clash between urban settings and the Roma lifestyle.

In 2002, a group of seven Napoletans started organising activities for the dwellers of the camp. They thought the main source of all the stereotypes against the Roma community was that they were not considered de facto citizens, but outsiders. To break the wall of this seclusion they built their own shack within the camp and started after-school laboratories for kids, activities for teenagers, workshops for women, theatre courses and more.

In 2009, they started a social enterprise called La Kumpania to promote multicultural cuisine, one of the most successful initiatives among Roma women. La Kumpania has gained a name for itself, organising delicious food catering at big events, managing to serve portions for hundreds of people using very basic facilities.

From the seven people who started up the venture with Chi Rom e Chi no... three have remained: Emma Ferulano, Barbara Pierro, and Biagio di Bennardo. We meet Emma at Chikù, located at the edge of Villa Comunale Park, an island of beauty in Scampia. She shows us around the two floor space that they acquired two years ago. On the first floor, there is a kitchen, and dining areas, both indoors and out. The second floor is a roof terrace used mainly to run the activities for kids and has a quite striking aspect. Big reproductions of Greco-Roman statues and a fountain decorate the space surrounding other covered tables. The terrace overlooks the beautiful Villa Comunale park and, further away, Le Vele buildings, one of the most notorious examples of failed social housing in Italy and a hub of criminality.

The place which now hosts Chikù was purchased from an old man who used to run a bar there. The trio had to embark on a long negotiation process to obtain an affordable price, as well as the right from the city of Naples to use the space on a free, extended loan. “It wasn’t easy,” says Emma, “but this is Naples and this is what living in Naples means, which is nothing like - I don’t know- Zurich!” She continues, “Anyway, we managed not to apply for loans with banks. We did it partially thanks to the funds we received and partially because, since 2002, we’ve been saving everything we earned without spending a penny of that.”

Emma explains, “We started up Chikù two years ago and participated in a funding competition organised by Unicredit Bank, which we won. Later, we also got funds from Fondazione per il Sud and Vismara Foundation and, thanks to these, we managed to purchase a van and some other essential facilities besides our space.” She continues, “We have really just the basics, but compared to how we used to work before, this is luxury!”

Chikù is profitable, but Emma underlines that that’s not the main parameter of success, “If money was our objective, it would have made much more sense to start an activity to sell food in the city centre...Scampia is not really a place where people go out to a restaurant. Our strongest point is that we offer a lot of activities which focus on the integration between different cultural groups. And our main success is that they work.”

Chikù’s staff includes eight cooks from Scampia, of whom four are Roma, and the coordinators Emma, Barbara, and Biagio. For the first year of activity, a professional chef agreed to mentor the team to master their multicultural cuisine. Just below Chikù’s headquarters, there’s an auditorium which has been virtually unused since its opening, where the team run their theatre project Arrevuoto (‘messing up’ in Napoletan): They organise Scampia’s Carnival every year, music concerts, readings with music, and much more. “We also offer legal advice for issues related to child rights, racial and gender discrimination, and citizenship rights,” adds Emma.

Chikù’s activities address various age groups and, although they started as a means to interact with the marginalised Roma community, they are open to anyone. “We have been working with a great lot of people and, on the one hand, it’s great to receive so much positive response to our initiatives. On the other hand, it’s quite complicated sometimes to manage so many activities and people within the resources we have.”

Emma concludes that Roma are far from being considered local in Scampia, although most of them were born and raised here. “In school, you still find teachers discriminating against children who are not Italian,” she says. There is still much to do, but all the weekends working in the camp, all the meals prepared, the Carnival organised in Scampia, the music, the social enterprise, have marked a story of making a difference that survived 14 years in one of the most difficult areas in Italy.