From Lampedusa boats to a hundred thousand euros in crowdfunding: the development of a company for and by refugees 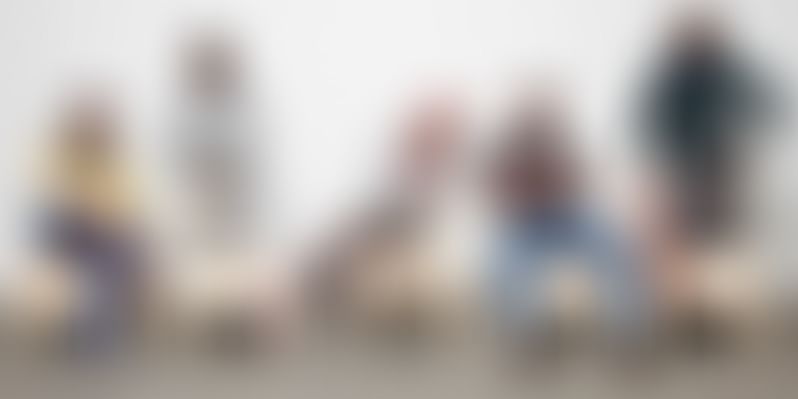 In summary, this story goes as follows:

A bunch of people from Mali, Nigeria and Germany started building furniture following Enzo Mari’s model of self-designing, including broken boats among their constructing material. They gained their initial capital from an old German lady who was sympathetic to the cause; they challenged the European restrictions on immigration, deciding to start a company exclusively addressed to refugees; and managed to raise € 120’000 in crowdfunding.

Odd as it may sound — and certainly simplistically put — this is the story of Cucula, a Berlin-based organisation which provides refugees with the opportunity to enter professional furniture making.

Cucula’s first five trainees are Ali Maiga Nouhou, Maiga Chamseddine , Malik Agachi, Moussa Usuman and Saidou Moussa. They all came to Europe through the Mediterranean Sea, which in the last years has become infamous for the number of refugees who lost their life in its waters. After landing in Italy, they struggled to find a job (or even to be allowed to look for one) so they made their way to Berlin with the hope the stronger German economy would provide better opportunities. Once there, they realised their wishes had again to be put on hold as they lacked the right legal papers to be employed. However, although they did not find what they expected, they met the right great people who eventually gave rise to the ‘Cucula Family’.

The first lucky encounter was Barbara Meyer, director of the artistic centre for the youth Schlesische 27, who welcomed them to join the courses of the association as well as to find shelter in the building of the same. Here, the five met the young designer Sebastian Daeschle and long conversations on personal stories and aspirations led the group toward brainstorming ways to better spend their time and energies. Malik suggested to build furniture for their empty rooms and in the following months this became their main occupation. However, it soon became clear that furnishing spaces could just have a limited impact on the five refugees’ condition. This is when Sebastian proposed to make furniture more professionally and to turn it into an opportunity for refugees to enter the job market. Cucula (“caring for each other” in Hausa) was born and started moving its first steps.

“Cucula offers a one-year training programme, as well as the opportunity to learn the German language and gain useful knowledge that will help them settle in this country. Although it is necessary for the trainees to enjoy working with wood, the aim is to develop customised career perspectives for each of them, be it mechanics, economics, design or carpentry. Our intention is to find and create opportunities,” explains Corinna, “Cucula is like a ‘tunnel’, a transitional period before refugees can start an independent career. We work toward making refugees ready, either for a job or for a professional apprenticeship by the end of their training.”

The Cucula website states that the aim is to “achieve something ‘together with’ [refugees] and not simply ‘for [refugees].’” The trainees’ schedule includes two and a half days of school and two and a half days at the workshop. Moreover, they offer an educational programme, which now counts about 20 refugees, that focuses on teaching German and legal notions.

One of the first big projects of the collective was a limited edition of furniture made with the wood from the notorious boats that sunk carrying thousands of refugees across the Mediterranean Sea. With the help of the Sicilian association Askavusa, they transported the wood to Germany and completed the collection a few months later. The project had huge international recognition and, most importantly, it uplifted the refugees’ dignity. Malik comments that “This is part of our history and it is important it doesn’t fade.”

Being an unprecedented type of organization, Cucula had to improvise, experiment, and have a lot of courage. Corinna recalls the time when they participated in Salone del Mobile in Milan, one of the world’s leading events for interior design. “In April 2014, when many of our activities were still yet to begin, we participated in the Salone del Mobile festival.” She laughs, “We didn’t have many projects going on at the time because we lacked resources, and we were very transparent about this. Yet, in that crowd, we looked a professional company too!”

This approach helped the team promote their concept and build a name. They have been featured in the press of over five European countries, and their ambassadors include several famed German and international artists like Olafur Eliasson. In November 2014, they raised more than €120,000 in a crowdfunding campaign.

Corinna explains that the need to raise funds was to pay for the trainees’ scholarships, because

it’s very hard for non-European immigrants to obtain a visa if they don’t have family in Europe and cannot prove that they are going to be able to sustain themselves without taking advantage of the state social services.

Challenges to be faced and the future

Getting visas for the five refugees will in fact be Cucula’s main focus for the coming year. With the help of lawyers, sociologists and other experts, Cucula is trying to legally prove that they are a company which can only work by enrolling refugees. “If we find a solution for the visa issue, we’ll be able to expand our team. We’re already in the process of adding two new trainees, but we could be even more inclusive.”

The problems are many. Firstly, the Dublin conference - which states that asylum seekers must stay in the first European country they reach - makes thousands of refugees in northern Europe “illegal”. Secondly, refugees are very confused- “They have great fears and hopes, and often, they cannot understand the situations they are in. From living in West Africa with their families to being involved with a complex system like the German one is a big change,” says Corinna. Thirdly, founding. For the first year of activities, the major investor in Cucula was a very generous old German lady who had lived through World War II and felt empathetic with the refugees’ sufferings. Then, private donations and the crowdfunding campaign released the team from some headaches, but the challenge now is to find a steady channel of income.

Finally, to add a little spice to their headaches, the Cucula workshop caught fire at the beginning of September 2015 due to a problem with an electric wire and the team had to look for alternative spaces.

Yet, Cucula is optimistic that each of their steps will lead to a more diverse and dynamic Europe.