The future is rich (in possibility) 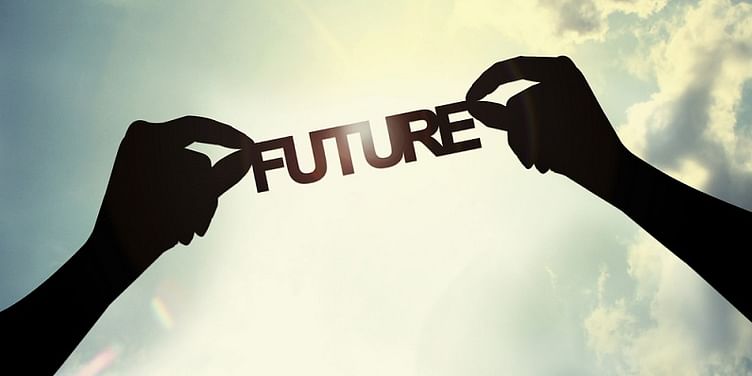 Beautiful women with laser boobs. If you asked me “What’s Playboy’s future,” that would’ve been my guess.

But then I spoke to Steven Kotler.

I asked him, “When are we going to start 3D printing houses and cars?”

China 3-D printed ten homes in two days. And they were cheap. $5,000 a home. Then they 3-D printed a mansion. And a five-story apartment complex.

The future is rich in possibility.

“Today, for the very first time in history, pretty much anyone can have a global impact,” Steven said on today’s podcast.

So I asked him, “If I’m sitting in my cubicle or I’m driving to work and I’m listening to this, how can I improve my life?”

He told me about a woman in her 30s who graduated from Harvard, lived with her parents and couldn’t get a job.

So she disrupted the $256 million a year cosmetics industry.

She combined a standard inkjet carton with a 3-D printer. With bio-degradable ink, she can print any type of makeup in any color.

Then Steven told me how we’re colonizing space.

“One of the reasons we’re not in space yet is because it costs $10,000 a pound to get something out of Earth’s gravity well. It’s really expensive. We need to be able to print in space.”

“My next book,” Steven said, “not the one I’m writing now, but the one after that will be about the 4 enormous exoduses that are happening in this century. One is in virtual reality. Another is gonna be in space.”

“One is gonna be climate change migrations.”

“I actually think the fourth is into our own subconscious… in our own mind,” he said.”

He called them “interior states of consciousness” or “inner-space.”

Steven wrote some of my favorite books, including “Bold: How to Go Big, Create Wealth and Impact the World,” which is also byPeter Diamandis, the Chairman and CEO of the X PRIZE Foundation.

Bill Clinton said it’s, “A visionary roadmap for people who believe they can change the world.”

Steven also wrote Tomorrowland, which shows you all the ways science fiction is coming to life. So far no laser boobs. But anything is possible.

Related Post: One Rule for Predicting What You Never Saw Coming…