The labour of leadership 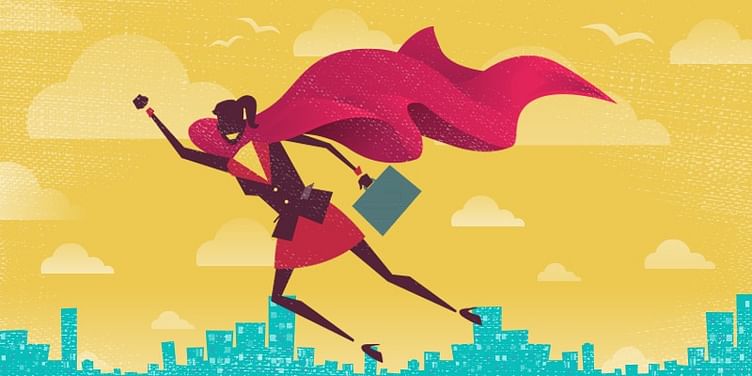 The word ‘leadership’ evokes thoughts of the likes of Nelson Mandela, Martin Luther King, Gandhi, and even Hitler! Those of us running companies associate leadership with the likes of Jack Welch, Jeff Bezos, and Jack Ma, and rightly so, for they have led revolutions and taken companies to amazing heights. We envision them as charismatic, powerful individuals instrumenting change. Now think of a leader with all the disadvantages one can comprehend— a woman in a man’s world; running a travel company with a walking disability; Ivy League-educated controlling a largely blue-collar workforce.

This is my story.

Why do we fall?

The company began with bright ideas and enough capital to make us believe in its future. After an illustrious academic background, I was excited to be part of a team starting a novel travel venture in India. Airbnb was new to the world and had not yet entered India, so we felt hopeful that this venture would kick off. However, I had underestimated the barrage of problems that would hit us. From a small stream of niggles, the problems started multiplying — we hadn’t understood the market, our product was too basic, and the team not right for scaling business. Our initial hypothesis had failed. And so, from our team of 33 people, we had to scale down to two. We had to cut back all costs, move into a residential place, and forgo loss-making units. We basically had to start over.

Being a leader meant that the scale-down rested on my shoulders. I had to deal with creditors who threatened lawsuits, let go of employees that guilted me into severance packages, and close down units whose owners pressurised me to bear termination costs. I understood then that leadership often meant taking the bullet.

So that we learn to get up again

We began again, relaunching our product. This time the brand promise was sharper, more geared towards the customer. And we could hire (though not freely) just enough good people. Our numbers started to grow — revenues, profits, the works. On the outside it looked good, although I believed the challenges had just begun.

Few people believed that I could make a good leader, and that too in the travel industry. “It's usually run by men,” they said. Well, for one, travel is my passion. I have travelled across six continents and visited over 100 cities abroad. In India, my travelling has been less frequent, but only because I believe Indian travel is fraught with friction — from not knowing where to go and where to stay to arranging modes of transport and ensuring safety. This was why I believed I was best placed to apply my learning of international excursions to reduce friction in Indian travel. India has been able to solve the problem of discovery — the likes of MakeMyTrip list enough options for people to travel within India. However, the on-ground experience remains broken. No one truly knows how a resort will turn out, how their experience will be, and how different the reality will be from what is promised on the internet. This is where I felt we were able to create the most impact, as we managed the properties that were under our portfolio.

How were we able to maintain quality? We made many a trip to each of our resorts. Mind you, these places are offbeat and require many hours of travel in cars or trains. Critics asked, “How does she manage it, being unable to walk?” As I said, I love travelling. And the world is my canvas. I have been lucky enough to find help in the most obscure of places, and it’s renewed my own faith — that people are essentially kind.

The last challenge was perhaps the toughest, for I belong to a city, have been educated abroad, and live in something of an ivory tower. We’ve never had the chance to deal with blue-collar workers. As I visited these offbeat places, I saw how desolate they were, so lacking in any kind of economic opportunity. And from there, we built one of the core pillars of our business — hire only local employees. They were absolutely unskilled and warranted the quick setup of a training centre so that they could be trained in basic hospitality skills. Yes, they were blue collar and supposed to be hard to deal with; many warned me that they wouldn’t listen to a woman. But they did.

Light up the way

So you see, my brand of leadership is quite unusual. And it seems like the odds are against me. Yet, the respect and wilful obedience that I have found here is inexplicable. I often have clandestine meetings with these people to find out if they have any problems, and each time I come back surprised, for they have literally pledged their life service to my company and me. And I am honoured.

For me, leadership is simple. All I have to do is show them the way, and if they see the effort I have put in, they respond. People see their qualities mirrored in their leader. And hard work begets hard work. I think people appreciate the sheer effort I put in, and that’s why they reciprocate. This is the labour of leadership.