How Reliance Jio is changing the looks of Google Play Store

Reliance Jio has been making headlines since its launch, with the offers that Mukesh Ambani announced at the Reliance Annual General Meeting taking the market by storm. With all the hype surrounding the service, we can’t help but wonder whether Jio will be able to meet the expectations it has given rise to, and whether it will truly beat other service providers on the ground.

Aside from the affordable tariffs, the company’s urge to grab the market is also understood from the target that it has already set. The conglomerate plans to acquire 100 million customers and cover 90 percent of the population by March 2017.

A shakeup in Google Play Store

One measure of the popularity Reliance’s new offering has gained in the market can be seen on opening Google Play Store. Of the top 15 apps on the store, 12 belong to Jio, with only WhatsApp, Facebook and SHAREit retaining slots in the list, being placed in the fifth, tenth and eleventh positions respectively. The Jio SIMs, which have been officially available since the 5th of September, come with the promise of free unlimited 4G data till December 31st, along with unlimited free voice calls and messages. Also, Jio is offering an apps bouquet– worth Rs 15,000 for an annual subscription– which will be complimentary for all active Jio customers up to December 31st 2017.

In order to avail all these services, the users need to manually download the apps, including MyJio, JioTV, JioJoin and JioMusic. This explains why the Play Store’s top charts are filled with Jio apps.

Though no concrete data is available yet as to how many SIMs have been sold across the country, the slump seen by consistently popular apps like Whatsapp and Facebook Messenger on Play Store rankings is a good indication of the magnitude of the Jio frenzy over just the past two days.

Notably, with regard to Google Play Store, Airtel is listed in the 40s, while Vodafone is nowhere close to either player.

In iOS store, while Jio has not seen the overwhelming success it has experienced in the Android market, it has attained the top spot with MyJio, along with other Jio apps taking a number of spots between the ranks of 10 and 30.

People in the metros are reportedly queuing up outside Reliance Digital stores to register for SIMs that will only be available next week. Commenting on Jio's reach, Ambani had said that Jio’s 4G network covers 18,000 cities and towns, as well as over two lakh villages; considering this, the current unavailability of the SIMs is ironic. In spite of this unavailability, however, the 45-minute speech given by Ambani created ripples, leading to Airtel and Idea bearing losses. While the buzz around Jio is certainly awe-inspiring, we will have to wait and see how well its services satisfy the expectations of the market. 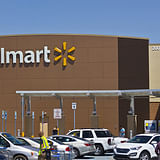