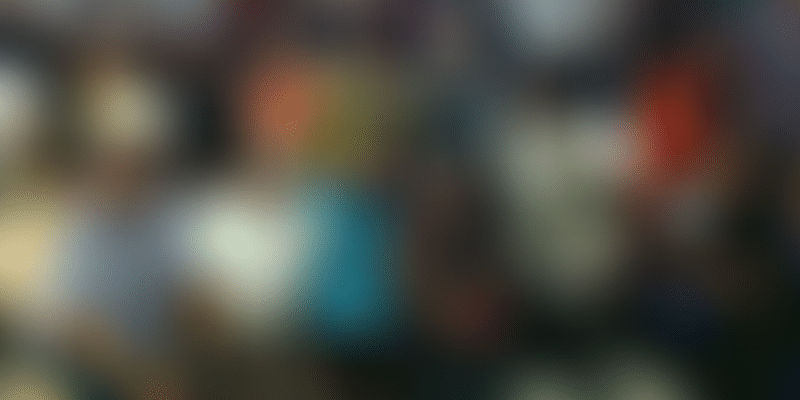 “A social movement that only moves people is merely a revolt. A movement that changes both people and institutions is a revolution.” ― Martin Luther King Jr.

How do you mobilise 8,000 people for a civic cause? Or get 42,000 signatures in just two days supporting that very cause?

Simple. Through social media, of course. After all, we make good online warriors when it comes to espousing a cause. As long as I have my armchair and a smartphone, anything is possible.

But, no. Once in a while, there comes a time when that is not enough. When you need to get out of your comfort zone and stand on the streets to be heard.

The ongoing Bengaluru people’s movement against the construction of a steel flyover cutting through the heart of the city has brought people together like nothing did since, perhaps, the anti-corruption movement a few years ago.

On a Sunday morning on October 16, 8,000 people braved the scorching sun to form a human chain that extended 8.3km where the proposed steel flyover is expected to come up. Eight hundred old trees will fall under the axe threatening to destroy not just more lung space in this city, but life as we know it here.

What made these 8,000-odd people come out on the streets? How come the momentum is still sustained? What made thousands of volunteers knock on the doors of strangers to gather votes for an impromptu referendum on the construction of the steel flyover?

Importantly, how was a mass movement created in the times of social media?

“I think social media is a fantastic tool. But that’s where it ends,” says Srinivas Alavilli, a software engineer, who first set the ball rolling three months ago when he filed a petition against the proposed flyover through Change.org. He is blown away with the kind of on-ground physical support that people have extended to this cause.

“I am a little tired of social media at this point. True, that’s how people were ignited in the first place to do something but they have followed it up with work on the ground,”

says Srinivas, who is not new to starting social campaigns. In 2010, he rallied against corruption demanding more power to the Lokayukta, which ultimately went on to become the India Against Corruption movement.

After the success of the human chain protest, Srinivas suggested that they do a kind of referendum on whether they actually have ground support. “It was a big risk to take," Prakash Belawadi, a theatre veteran, says. The volunteers, who came together under the banner of Citizens for Bengaluru, spread out around the city, including bus stations, slums, markets and middle-class neighbourhoods to ask people if they were against the flyover.

In exactly two days they managed to get around 42,000 votes. Says Srinivas,

“This campaign has seen so many first-time volunteers. And I don’t only mean young people. They are senior citizens, housewives, and successful professionals.”

The 'secret sauce' to rallying support on ground from people, according to Srinivas, is

Prakash along with Srinivas, Naresh Narasimhan, urban planner and CEO of NUMA, and Tara Krishnaswamy, a software engineer, started having conversations on Facebook about the flyover a few months ago. The four knew each other and being active citizens were concerned about the proposed development project. Their conversations acted as catalysts in this movement.

Prakash believes social media is a powerful medium. “It is like a social table that can keep growing,” he says.

“I cannot claim that this [campaign] was consciously created. I think we were just lucky that we stumbled upon something big. The groundwork had been done by Tara and Srinivas. There was also some work that Namma Bengaluru Foundation had done by going to the media before. And then we came with social media pressure and the whole thing just ignited,”

says Prakash, giving a glimpse of how it all started.

The volunteers had to get police permission for the human chain, and it was not one but four police stations that they had to approach considering the human chain was to cross different areas. “We had to give the number of people that we were expecting, and we said it would be about 800. But the police told us to expect around 10,000. They knew,” says Prakash, adding that the police are efficient in gathering such information.

The core team also suggested that they do a qualitative test. “We had to be sure that what we were saying about the project not meeting the standards and not having followed due process was real (the project cost had jumped from Rs 1315 crore to Rs 1731 crore in a matter of weeks),” says Tara. On Sunday, October 24, they organised a citizens’ meet inviting experts to present technical papers on the issue. “We also invited the BDA and other government officials and ministers so that we could have a dialogue. But they did not turn up,” adds Tara.

When the number of ‘No’ votes against the flyover was announced by Srinivas at the end of the talks, the meeting hall reverberated with loud cheers that no emoji can equal.

The data that has been gathered with these votes is precious. The team will reach out to them through email or telephone and ask them to bring more people in the fold. “We may have to organise a bigger rally if the government remains adamant,” says Prakash, adding, “So, you see it has broken away from just being a social media campaign.”

According to Naresh, there are some important management lessons to take away from this campaign.

Creating sustainable social campaigns is not as simple as likes and shares. As Meera Vijayann wrote earlier, “It takes tough, difficult conversations. It involves arguments with people we love and care about. It takes courage to challenge our own biases.”

In the last eight days, the volunteers have shown how it can be done. Corporate leader Priya Chetty-Rajagopal, who volunteered to start WhatsApp group of volunteers, says she has stayed away from actively protesting against civic issues earlier because “it is too big a category to understand.” But this time it was different. She got into the act after she found a lot of her friends asking what they could do.

“There was a lot of rage and anger among all sections of the people. It was motivating to see how powerless, helpless people were mobilising. It was as if there was a method to the madness, and the campaign has attracted a diverse set of bright people. Corporate guys need to learn to trust that instinctive energy,” she says.

Once you have a common goal, trust the people to do the right thing.