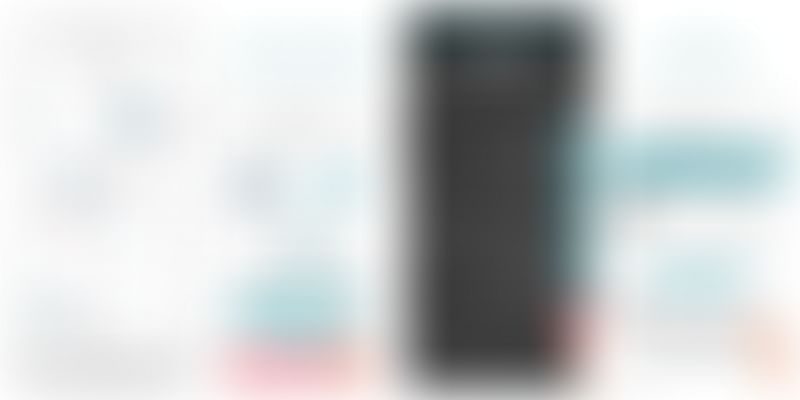 Shikha Batra, a mother of two from Delhi, has been part of the Parentune community for the last four years. She says, “Since I am part of a nuclear family setup, Parentune has been my extended family. Whenever I have concerns related to my children’s health or queries on educational and entertaining activities for my child’s specific age group, I can just post the query online and get answers either from other parents or from experts. I also attend all the workshops organised by Parentune where I get to learn a lot, while my children are safely occupied with fun activities.”

Parentune, an online community of parents for real-time advice and support through its website, mobile site, and app, was founded by Nitin Pandey in November 2012. Each parent on Parentune is verified and has real-time access to personalised content and support relevant to her or his child's age, and as per her or his interests and concerns for the child. Nitin says that the best part of Parentune’s revenue model is that associated brands can do a targeted engagement on relevant parent profiles based on criteria like child’s age, location, concerns and interests of parents, through a responsible template which ensures a superior ROI for brands while safeguarding the parents’ privacy.

Parentune has also been organising meet ups and workshops at least once a quarter in cities like Delhi NCR, Mumbai, and Kolkata. These events are extremely niche — for example, nutritional requirements of three to seven years old. There are also edutainment activities like storytelling taking place at the same venue so that children are occupied in a quality manner while their parents attend the event. These events are as varied as health check-ups or workshops on low-fat cooking. The attendance has grown from a few hundreds to almost 8,000 attendees at the last few events.

Keeping parents in tune with their children’s needs

The Parentune design architecture is driven by technology so that it is user-friendly and up-to-date on what is trending when it comes to child rearing. Parentune has an internally developed unique listening and Analytics IP called HOTSPOT, which helps the team in keeping a real-time track of the trending issues and challenges for parents.

Nitin says, “The Parentune mobile app is growing at 50 percent MOM mainly through parents’ referrals and word of mouth on social media. With more than 90 percent user-generated content, the app has an unparalleled engagement of 9–10 minutes per session.”

There have been around 3.26 lakhs downloads of the app, both Android and iOS put together, and it recently overtook BabyCenter as the number one downloaded parenting app. The app vs web traffic is broadly split into 60 percent for mobile site and 40 percent for app. The top cities getting in traffic are Bengaluru, Mumbai, Delhi, and Chennai, followed by several other cities and towns. There is also a small segment of international users, mostly in the US, UAE, and Singapore.

The team that is helping raise Gen Z

Nitin, 37, spent the early years of his career in FMCG and consumer durables companies and later moved into the education domain when he joined Kidzee. Says Nitin, “I moved from FMCG to education as I found it to be more meaningful and a high impact area. During my interactions with parents, I found that they were looking for solutions beyond academics for their child's development and growth. Most parents struggled with challenges like lack of time, lack of an extended family's support, and the rapidly changing ecosystem around children like the maids and caretakers in lieu of family.”

There are 334 million children between 0–12 years of age in our country. Nitin says, “Parentune is ideal for everyone from expecting parents to parents of teenagers.”

In March 2012, Nitin met over 2,000 parents across four Indian cities in groups at their houses. He listened to them carefully and understood their challenges in detail and eventually came up with the first solution design to solve their challenges. Soon after, Venugopal Pottu, a seasoned entrepreneur with a tech background, joined Parentune as co-founder and CTO. An IIT Kharagpur alumnus, Venu started his first startup while he was in his final year of BTech. Venu is the techie and problem solver, while Nitin understands the operational and consumer side of the business.

The team strength was four in 2012, seven in early 2015, and has grown to 14 now. Apart from team members in technology, content, growth hacking, and business, Parentune relies on various medical experts in areas like nutrition, health, education, and child psychology and behaviour.

Parentune has three revenue streams, the first being native ads. Banner ads are old school, intrusive, and distracting, feels Nitin. So content that matches the native content on the site with the ‘sponsored’ header is a good source of revenue and is actually useful to the users since the brands associated are complementary to parenting requirements. The adverts are highly targeted and based on the geographical location. For example, the parent of a toddler in Hyderabad is likely to see the ad for a children’s clothes boutique in the same city and not a parent hailing from a different location.

Another revenue source is solutions supported by brands. This is a model where there is a native integration of brands where they support parents with useful solutions. For example, if parents want to have a live chat with an expert about some health issues their children are facing, that live chat could be sponsored by a childcare brand. A community meet up that offered a free bone density check-up for mothers was sponsored by a mothers’ supplement brand.

Value-added services for parents, like a one-on-one chat with a child psychologist is in the pipeline and will include a nominal fee.

Parentune's revenues have grown 10X in the last three quarters and are now Rs 1 crore per quarter. The parent base has grown rapidly from 60,000 to 5,80,000 (with two million monthly sessions) in the last one year.

One of the big challenges tackled by the Parentune team is personalisation. There is a constant effort to give each user highly specific solutions instead of generic content. As a young startup, another issue was attracting quality talent. Nitin says,

We focused on creating a unique cultural ethos, with three key pillars — learn, fun, and speed. We realised early on that a rooted culture would potentially be a competitive advantage for us. Today, Parentune is a lean yet diverse startup team rooted strongly to its culture.

Scaling up the user base was another challenge. The team wanted to grow the community organically and their hypothesis was that if what they were creating was of top value to parents, they would refer more and more parents. While the hypothesis was correct, it took them some time to discover the ways they could growth hack this. They eventually developed a strong referral mechanism and since then, the majority of new parents join Parentune through a reference from an existing parent member.

When quizzed about his plans for the future, Nitin says rather wistfully, “If the child of one of our users grows up and uses the platform as a support system for bringing up his or her child, we would have come full circle. And that is our plan for the future — to be passed down through generations!”