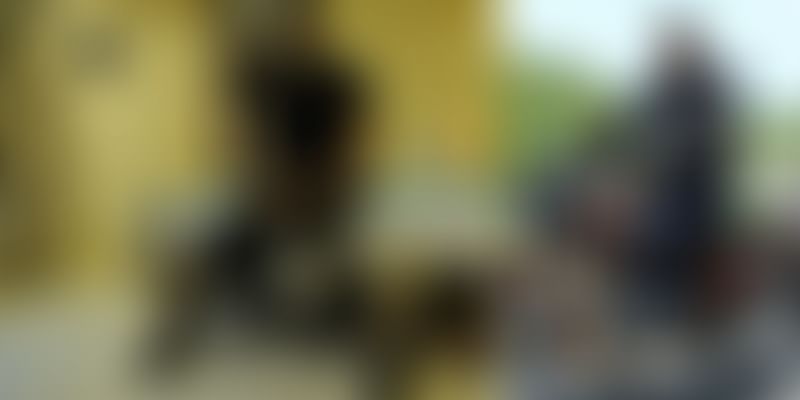 Many of us dream of a life of travel, exploring different parts of the country and satiating the wanderlust in us. The thought of travel and adventure never fails to pique one’s interest, and globetrotting has beckoned each and every one of us at one point or another. The prospect of meeting new people, discovering different cultures and exploring the vastness of the world out there is definitely on everyone’s bucket list. But how many of us put in some serious thought and effort to realise these dreams?

The first thing that comes to mind when someone talks about road trips and adventure is the insane amount of physical activity and exertion involved. Bike rides, trekking, cycling and go karting - that would pretty much sum up a kick-ass road trip; a grueling, if satisfying, affair to say the least. And can you ever imagine doing any of these activities if you were physically challenged or differently-abled? Well, here’s someone who hasn’t just imagined it, but is, in fact, living that experience.

An inspiration to many

This is the story of Gota Satish Kumar, a 35-year-old double amputee who is creating history by traveling solo around the country. Satish hasn’t just overcome his disability - he’s on the road to becoming an inspiration to many and setting new records.

Satish lost both his legs in a tragic train accident back in 2005. While getting down from the train, his legs got caught in the gap between the train and the platform and he was dragged down, the train’s wheels running over his legs, instantly changing his life forever.

This accident sent him into depression, and for about eight month, Satish contemplated the idea of giving up. The thought of others getting up on their feet and performing their chores every morning was just too much for him. But one day, all this changed; he read a report on a teenage suicide over an utterly insignificant issue. This was a turning point in his life, as he decided to help himself when the idea of prosthetic legs dawned upon him.

Satish had always fancied the idea of travelling. However, travelling the usual way just didn’t seem that fascinating to him. He didn’t merely want to go from place to place and journey through buses or trains; he wished to travel, interact and explore. And the only way to do this was to go on a bike trip. He started his effort by learning to ride the scooty, and slowly graduated to learning how to ride a bike.

On 2nd September this year, Satish started his journey from his hometown of Raigarha in Odisha. He has already covered a distance of 13,258 km, and has reached Raigunj in West Bengal after two months. Satish aims to create history by carving out a place for himself in the Guinness and Limca books of world records.

Once he completes 16,000 km, he will mark a record as a solo bike rider in the physically challenged category in both the Guinness and the Limca books of records. He, however, isn’t content with stopping there, and aims at completing 50,000 km on his bike, earning him a record in the general category as well. He wants to complete his journey in Raigarha, where he set out.

Satish has received tremendous support from his family and friends, both emotional and financial. His wife has been his strength, and is the sole reason behind the kick starting of this journey. A gold loan against jewelry taken out by his mother and wife ensured that Satish had the financial capability to start off. Along the way, there have been generous supporters, including the Tollywood actor Pawan Kalyan, who has sponsored Satish’s trip with Rs five lakh. The All India Rider’s club is also helping Satish along the way, as he halts at various places.

“Ability and disability are just human perceptions. If I can do it, anyone can,” says Satish as he aims to set an example for the rest of the world.

Satish’s journey is also being made into a film. After hearing his phenomenal story, the team of utCut Films, a film production company, decided that they could not let this inspiring story go unnoticed.

The team has already made a three-minute documentary on Satish, which has been submitted at the World Nomads Travel Film Competition. Currently, utCut Films is covering the rest of this adventure and plans to make another documentary as Satish completes his journey.

The team at utCut Films says that they believe in the beauty in imperfection and continuously look for such unconventional beautiful stories that can bring about a change in the world. The team is currently raising funds through crowdfunding to fund the making of the film on Satish.

Satish is very keen on completing this journey and becoming an inspiration to the youth of the country and many others like him. After completing the all-India trip, Satish aims to climb Mount Everest. As of now, he wants to see and understand how his body reacts to bike riding and the journey.