With fierce competition within, Karnataka does not fear poaching from other states 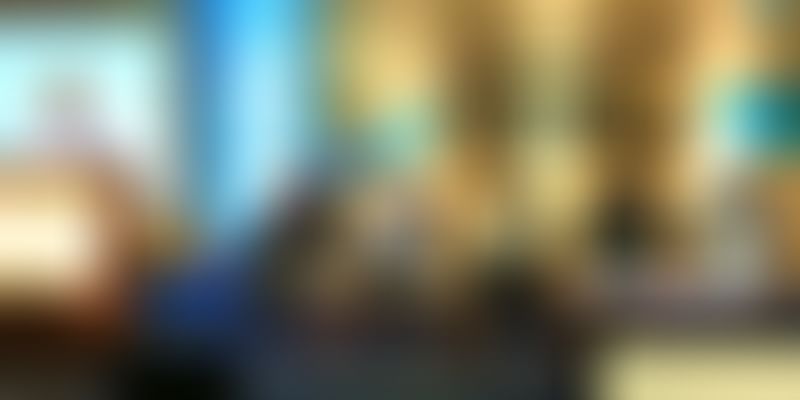 The startup scene in Karnataka today is buzzing, with the state witnessing fierce competition between its own cities, several of which are trying to lure investors and take a huge chunk out of Bengaluru’s IT pie.

With startups mushrooming everywhere and larger companies encouraging them, tier 2 and 3 cities from within the state are making a strong pitch at the BengaluruITE.biz in the city.

The competition has the IT department as well as Minister Priyank Kharge excited enough to focus on opportunities within the state and not worry about whether or not Telangana or Andhra Pradesh, or any other state for that matter, is luring away potential investors.

While the City of Palaces, Mysuru, announced that it had the state’s largest bank of unused industrial land, the coastal city of Mangaluru said that it contributed to one percent of India’s total IT exports and was hungry for more.

There was also competition from Belagavi, formerly known as Belgaum, where India’s first notified aerospace park has come up, while the twin cities Hubbali-Dharwad pointed out the fact that the region had set up an IT park 15 years ago. Kalaburagi, known as Gulbarga until recently, made a strong pitch as the new kid on the IT block, confident in its tremendous potential and talent.

V.P. Alva, speaking for Mysuru, pointed to the city’s cosmopolitan nature. Among several historic firsts, he said that the city had an administrator during the Maharaja era, the first hydro electric project and one of the first universities in the country. He also said that Mysuru currently had 10,000-12,000 acres of land earmarked for industrial activity, extending an invitation on behalf of the city to the industry, especially the healthcare sector. Infosys already has a huge campus based in the city, where all their new recruits are trained.

The southern city was also the cleanest city in India according to the Swachcha Bharat ranking, Alva added.

“We are also closer to the Kempegowda International Airport in Bengaluru than most Bengalureans,” he quipped, evoking mirth from the audience, whose minds instantly went to the clogged traffic on the KIA road.

The coastal city of Mangaluru too pitched itself as a destination for industry, with the city’s MLA, John Richard Lobo, himself pitching for investment.

We are shortly having an investors meet in my town, which is the third-cleanest city in the country. The government of Karnataka has sanctioned the founding of an incubation centre in the city, which will be active this year. Mangaluru is the second largest IT exporter after Bengaluru, and our exports are one percent of India’s total IT exports. There is potential and scope to do much more.

Vivek Pawar, who runs a semiconductor and VLSI design centre in Hubbali-Dharwad, surprised most people in the audience by pointing out that high-end design and technology companies were already working in the region.

Pawar said that most of the talent in Bengaluru was from north Karnataka, and they could always come back. He also reminded the audience that, after Bengaluru, Hubli-Dharwad was the first to get an IT park in the state, 15 years ago. “We need large companies to move here. Incidentally, we have more than 100 startups, and it is only a matter of time before the IT industry spreads to the region.”

Sonia Netalkar, who spoke on behalf of Belagavi, said that the city’s climate was awesome, and that it had enviable international connectivity, given its proximity to neighbouring Goa, which has both a port and an airport.

“Belagavi has India’s first notified aerospace park, where a number of companies are setting up base. It is also right in the middle of the Mumbai-Chennai economic corridor. The Netalkar group has come up with an industrial park right on the highway that can host every unit, from aviation to IT,” she said.

M.H.K.K. Jilani, an investment banker, is keen on developing Kalaburagi as an IT destination, and was happy that this remote north Karnataka region was now getting much-needed government attention. “Whatever we do here, we will Define The Next for both Karnataka and India,” he said, exuding confidence.

In Kalaburagi, the government has already set up an IT park and an incubation centre for startups. The IT hub has also set up a patent cell, with the intention of becoming an IP hub as well. Jilani joked that with everyone looking to cut down cost after demonetisation, Kalaburagi was definitely an attractive destination. He also stressed that students finishing college there were very good at core IT, populating the IT companies of Bengaluru to a significant extent.

“Invest here, and let’s create new products for India and the world,” he signed off.

With this kind of stiff competition within its borders, Karnataka, which has reached the number one status in IT and electronics and related industries, is not overly concerned at this time about other states trying to wean away investors with sops that don’t work in the long run, Kharge said, promising that the state government would put in all efforts to develop tier 2 and 3 cities in the state.