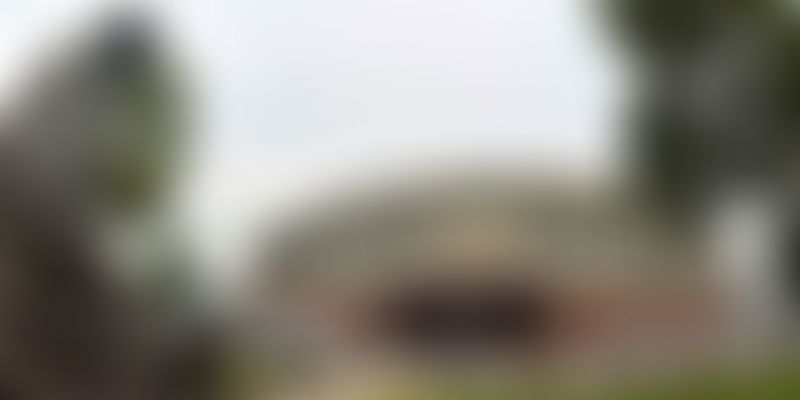 While both houses of Parliament adjourn without business, government gives relief to businesses, farmers, but limits exchange to Rs 2,000 from November 18

The government today announced a slew of measures even as both Houses of Parliament were adjourned due to ruckus created by the opposition, who wanted their way in discussing the demonetisation issue.

With the opposition disrupting normal business in both houses this morning, both the Lok Sabha and the Rajya Sabha were briefly adjourned. In the Lok Sabha, while the opposition, led by the Congress, wanted the Speaker to take up notices for discussion, which would entail voting, the government was against this, instead expressing its readiness for a debate. The uncompromising stands by both sides led to a standoff, and the House was adjourned for the day as early as 12.30 pm.

In the Rajya Sabha, which reconvened at 3 pm, some parties staged a protest in the well of the House, disrupting the day's agenda. The opposition, led by the Congress again, insisted on Prime Minister Narendra Modi's presence in the upper house, while the government said that the debate could start right away without the need of the PM's presence.

The Rajya Sabha was adjourned after Congress member Ghulam Nabi Azad referred to people dying due to the demonetisation issue and compared the number to those killed by Pakistani gunfire. This led to an uproar in the House as the BJP and its allies wanted Azad to apologise to the nation for insulting martyrs. In the din, the Deputy Chairman said that he would go through the exact statement and expunge the remarks if necessary, and adjourned the House till Friday morning.

Meanwhile, the government, which announced that banks would ink the index fingers of those exchanging money to prevent conversion of black into white, relented a bit, with the finance ministry coming out with a new set of guidelines that provided relief to many sections while also reducing the cap on the exchange of old currencies.

The limit for exchanging notes at banks has been reduced from Rs 4,500 to Rs 2,000 per person from November 18.

Among other changes announced by Economic Affairs Secretary Shaktikanta Das was that those with weddings in the family could withdraw Rs 2.5 lakh from any one bank account upon self-declaration.

Keeping the trading community in mind, Das said that the government will allow wholesalers in vegetable markets, who were complaining of stocks rotting, to withdraw Rs 50,000 a week for paying wages.

Central government employees will also be able to draw a part of their salaries as advance in cash.