Infused with $4 M in funding from SAIF and IDG, PlaySimple plans to hit $50 M in revenues by 2020 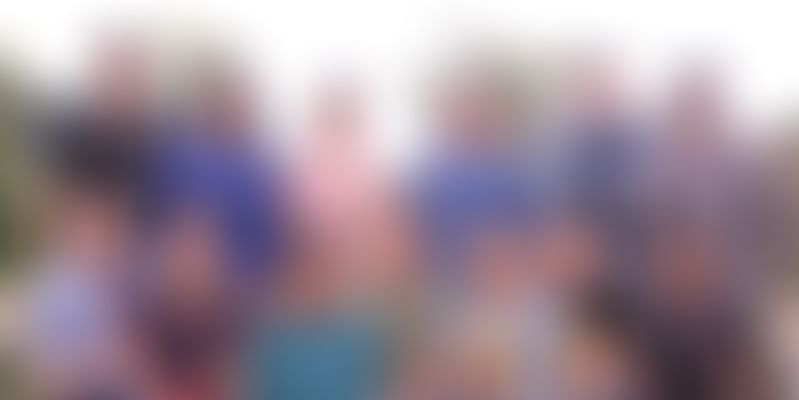 On Monday, Indian mobile social gaming startup PlaySimple announced that it had raised Series A funding of $4 million from SAIF Partners and existing investors IDG Ventures. The fresh investment will be deployed for beefing up the company’s engineering, product and analytics teams, as well as for the release of newer games and the growth of their existing games through marketing.

Incorporated in November 2014, PlaySimple is focused on mobile games across the categories of trivia, word and puzzle. Having already publically released two games, Guessup and Wordtrek, the company had earlier raised a total of $500,000 in a seed round from IDG Ventures in 2015.

Targeting the global market, co-founder Siddharth Jain tells us that their games have been played by more than 10 million people across iOS, Android and Facebook. He says,

We want to dominate the casual gaming space. We believe that the overall gaming market is worth $100 billion, and about $40 billion of that comes from casual gaming. Further, we believe that 10-15 percent of the global gaming population will be coming from India. Therefore, we want to be the biggest gaming company coming out of India.

This vision played a key role in leading Siddharth and his founding team to start up.

Having been in Zynga for a little over three years, Siddharth says that he saw a game called Test coming from the UK climbing the global charts. Seeing its success, along with the potential of mobile disruption, prompted him to do something similar in India. Siddharth went on to start up along with two of his colleagues at the gaming multinational, Suraj Nalin and Preeti Reddy. His younger brother Siddhanth later joined the trio.

Today, the company has successfully grown to a team of 22, and claims to have already achieved profitability, within just two years of existence.

Siddharth tells us that the company has grown twofold since last year. Having made close to $3 million in revenues last year, the startup is being aggressive, aiming to achieve a revenue of $7 million this fiscal year.

The main aim of the company, for the moment, is to grow tenfold in the coming years.

At present, their daily active users range anywhere between 300,000 and 500,000, and by next November, they plan to increase this count to almost 2 million.

However, when asked about uninstalls, Siddharth says that the firm sees a weekly uninstall rate of one percent, which is replenished by newer installs of almost two percent.

The real idea is to build enough games so that we push newer ones to the user when we see that they are closing the end of the content in a particular game. Hence, we want to manage the entire gaming entertainment lifecycle of a user.

Over the next two to three years, the firm plans to roll out 12 to 15 games in the casual gaming segment.

The company monetises these games either by selling virtual goods (such as additional tries) or through advertising. The founders claim that there is a 50 percent split across these two revenue streams.

In the next three years, the company plans to achieve $50 million in revenues.

Gaming is a huge market internationally, and a very competitive one. We have known the PlaySimple team for over a year, and have been amazed by the growth they have achieved in a very short period of time. Their approach is quite unique and we have high confidence in their success.

While explaining the reason for the continued investment, Karthik Prabhakar, Director and Head - Fundraising at IDG Ventures India, said,

Although gaming is considered to be a hit-and-miss business, PlaySimple’s formula of building games and their highly data-driven and analytical approach have allowed them to be successful. IDG has increased the investment in the company and will be working with them very closely to scale their business.

A bigger part of the strategy of the gaming startup entails the leveraging of data analytics in a huge way, while building games that are smaller in size and do not take up much memory on smartphones.

According to a report by Reliance Games, India’s mobile gaming market is worth $214 million, and is dominated by arcade, puzzle and racing games.

Among the popular games in the local market are Teen Patti and Clash of Clans, along with Candy Crush, which took the market by storm. The majority of the Indian market (almost 60 percent) seems to be within the range of 18-24 years olds.

According to a study by Deloitte, the mobile gaming industry has now surpassed both the console and PC ecosystems in terms of revenue. The study further suggests that there are 500 new games being released every day on a single platform.

This leaves a huge market for players to enter, with extreme competition faced on the global fronts.