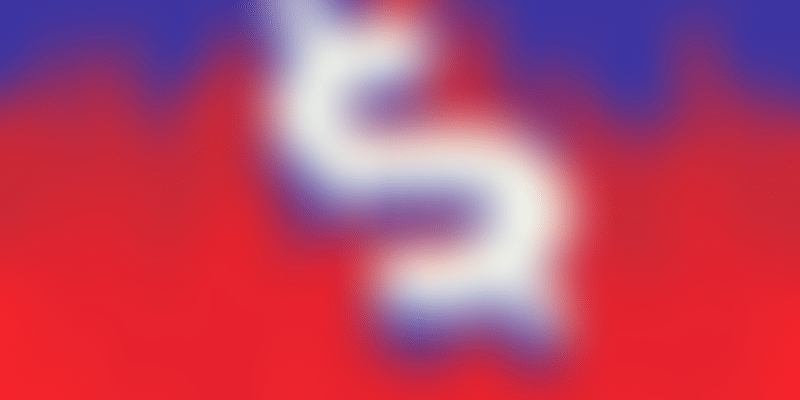 The US dollar may have hit an all-time low for a different reason, but Uncle Sam’s currency has become scarce in the open market as it's one way of converting black money into white these days after the sudden demonetisation announcement.

Today, officially, the US dollar is trading at Rs 68.19. But, in the open market where dealers sell and buy, the rules have suddenly changed from the morning of November 9.

According to Thomas Cook’s website, today’s buy rate is Rs 70.25 and the sell rate is Rs 66.75. Thomas Cook is considered a benchmark for the open market. But, not so now.

A parallel economy has already started in US currency with the market even accepting old Indian currency, but at a premium.

Shahid Ahmed, a dealer in Bengaluru’s Cantonment area says dollars have become scarce as of last week. There are very few agents who still have dollars as most people are swapping dollars for old currency as it is one good way of converting their black money into white.

Dealers in the US dollar black market, or open market as it is called, are making a killing on the premium. In fact, due to the high demand, which should normally fetch good prices for those individuals who are selling US dollars, the black marketers are paying them as low as Rs 60 because, they have to pay in lower denomination Indian currency, which is in very short supply.

We always work with low and tight margins in the open market, sometimes as low as 10-25 paisa per dollar. But, now two things are at play here – high demand for US dollar and shortage of lower denomination Indian currency. Within this, a new category has opened up – that of accepting demonetised Indian currency when we sell dollars.

To illustrate his point, Shahid says a person had come in today with Rs 2 lakh worth of currency notes in Rs 500 and Rs 1,000 denominations. “In normal times, I would have given him $2,817 at Rs 71 per dollar, but today I can give him only $2,750 or thereabouts. In the process I make close to Rs 5,000, but the risk is entirely mine as I have to deposit or exchange this old currency before December 30 or at least by this financial year.”

The dealers are aware that ordinary Indians with dollars in hand are trapped because if they want a higher amount, they have to go to official exchangers where they are forced to give a photocopy of their identity proof and have to fill up a form and sign it. But, in the open market, no forms and no identity proof is required. All that you need is a contact who will give you the best rate. As of today it is as low as Rs 60.

The whole 'currency exchange market', as Shahid likes to call his business, he adds has gone for a toss. He has been dealing in foreign exchange for more than a decade now and most of the currency he deals with are Saudi and UAE currency apart from US dollars.

Those travelling abroad are also suffering as banks are not accepting old currencies to buy forex and neither are they servicing clients.

Amandeep Sandhu, a Bengaluru-based author, who is off to Taiwan this week, could not get even $500 from his bank. “Though I am an account holder, the private bank with whom I have an account with did not entertain my request. They gave flimsy excuses that all the staff were busy post-demonetisation either exchanging notes or accepting deposits. On one occasion, the manager also said the particular staffer who dealt with forex was absent and he could not help me. They just did not understand my emergency,” he exclaims.

Those travelling abroad also cannot withdraw more than Rs 2,500 per transaction from a foreign ATM, which also has an upper withdrawal limit of Rs 10,000 per week. Finally, Sandhu had to borrow from his friends and promised to return only dollars.

The open market is also full of rumours that some forex dealers affiliated to Western Union and other such companies are accepting demonetised Indian currency and transferring dollars to receivers abroad for a small fee.

Services like Western Union were given permission to operate their services in India as immigrants working abroad can send money directly to their kin back in India than using the hawala route. The country benefits as there is an actual incoming transaction in foreign currency, which is calculated as part of foreign currency reserves being held by the government.

Western Union is more than 150 years old and has five lakh agents in over 200 countries. One can send money worldwide in minutes, use cash at the agent’s location and the payout is in the local currency. Western Union has private authorised agents as well as enlisted Indian banks and postal services.

Western Union services are also available in Indian post offices but those drawing money above Rs 50,000 are paid in postal cheques, which can be deposited in the receiver’s ban accounts. “This is a safety net that the incoming money is not used for any anti-national activity or for further investments. That is the reason that those using this instant foreign exchange services have to sign an undertaking that the receiver is not engaged in investment or real estate activities,” a postal employee explains.

But, he denies that post offices were accepting demonetised currency for sending Western Union transfers abroad.