How to go from amateur to turning pro 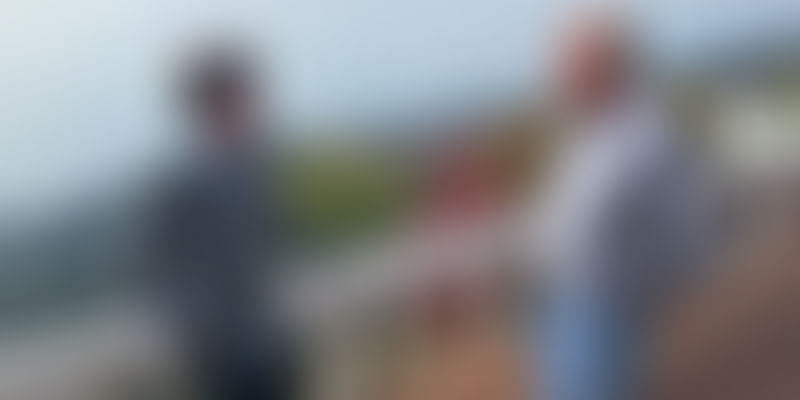 Click here to listen to the FULL interview with Steven Pressfield

I had a full time job. I was trying to run a business on the side. I was pitching two TV shows. And I was obsessively playing chess day and night and traveling to tournaments.

And nothing was going well. My attention was scattered. I was unhappy. I felt stuck.

One time I was talking to one of the partners in my side business, Randy Weiner. I said to him, “I’m reading this fascinating book about chess endgames.”

He said, “I don’t care about that! Why are you even looking at those books? Chess is a game for kids. You should be working at this business full-time.”

The next day I quit my job. I joined the business full time. I never played in another chess tournament ever again. I stopped pitching TV shows.

I went from being an amateur to being a pro.

Sometimes it seemed like each new low was lower. And often the highs were higher. But I haven’t had a job since.

Ever since I made the decision to turn pro, I’ve been free.

It took me two years of asking before Steven finally agreed to do the podcast. I’ve read all his books twice. But I was still scared to death right before the podcast.

Steven and I spoke for two hours about turning pro, writing, how to improve, how to achieve peak performance in any field of life.

I wanted to ask questions nobody else would ask him. Two hours later I feel good about it.

Here is some of what we spoke about:

How to deal with the demons

When I join a gym, I go until I stop going. Then it basically teeters off.

I’m an amateur at going to the gym.

Every single day I write. If I don’t do it for two days in a row I feel physically sick.

But so many times I feel bad about what I am working on. Or I feel unsure if I should work on the next book. or try the next new idea.

The demons come up. I get blocked. I get frustrated or scared. Will I be a failure? Have I run out of ideas?

Steven said, “Those thoughts are ‘the Resistance’.”

“Every time you want to go from a lower level to a higher level – becoming an entrepreneur, get in better shape, meditate, be an artist – the Resistance will ALWAYS attack. Every writer or entrepreneur feels the Resistance every day.”

“There’s no way to get rid of The Resistance. Be aware of it. Say to yourself, these thoughts won’t help me achieve my dreams.”

Keep the ego out

A friend of mine started a company once. It was clearly a bad idea. But he thought it was a homerun.

This is a cognitive bias. We tend to believe that if we pour our heart and soul into someone (our personal “investment”) then it’s a good idea.

When I do something I have to constantly stop and ask if I’m smoking my own crack.

One time I made a website I thought was brilliant. It had an IQ test on it. And it was a dating site. And it would tell you if you were smart or stupid and you can then date people and know their intelligence.

I thought it was brilliant!

My six year old daughter told me, “Isn’t this kind of mean?”

My daughter refused to light my crack pipe.

Steven told me he had to make sure with his most recent novel, the autobiographical “The Knowledge” that he had to keep his ego out of it. “I had to put some distance between myself and the writing because it was about my early struggles as a writer.”

Steven told me about how he switched from writing bad novels to going into screenwriting, to finally getting back to writing novels.

It’s important to keep switching around, to pursue every angle of an interest. To take away a lesson from every area.

“He told me two things:

A) don’t make a sex scene just about having sex. Make sure it advances the story. Like the detective is having sex with someone and spots a clue.

B) Always have something else happening so they can cut back and forth. Like a wife is cheating with the carpenter but the husband is coming home and she doesn’t realize and the camera cuts back and forth.

That took me to a new level in my fiction writing.”

Fear of success is real

Steven said, “Absolutely. In fact, maybe it’s the biggest fear people have that prevents them from turning pro.

“To be successful you have to give up a lot. There’s a lot of sacrifice. You are tied to what you dedicate yourself to, and you have to get better and better at it. There’s no stopping.”

“What did you sacrifice?”

“Everything,” he said. “I write every day. I will write until the day I die.”

I asked him again what he had sacrificed. We were sitting in his home where he lives on his own. He looked out past me, looking out at the amazing views of the Pacific Ocean. “Everything.”

Everyone needs to be the hero in their story

“The arc of the hero” is a structure that is at the heart of every story,” Steven told me. “But it’s also the arc of your own personal story. Pay attention to it in your life.”

The ‘arc of the hero’ is from work by Joseph Campbell and, earlier, from Jung, that is the primal structure of almost every story.

It’s the arc of Harry Potter, Star Wars, the story of Jesus, and every great story you can think of.

“If someone is sitting in their office, wondering how to make use of the potential they know they have, this is their arc also.”

We enjoy movies and stories best when they have this structure.

But our lives are also stories. Make sure you become the hero of your story. You can have many stories in your life, not just one.

We all feel stuck or frustrated at some point.

Click here to listen to the FULL interview with Steven Pressfield

Related Reading: How to be THE LUCKIEST GUY ON THE PLANET in 4 Easy Steps