From building umbrellas to aiding in cola wars, the story of Kedia brothers, the packaging kings 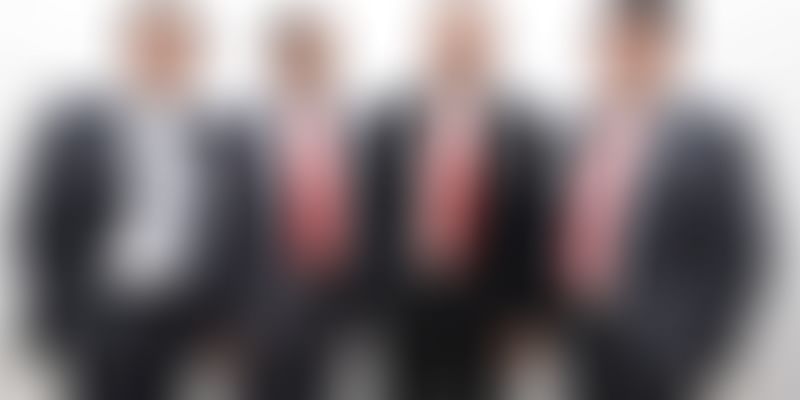 From sauces, oats and ghee to syrups, cola, malt and chocolate powder, Manjushree Technopack caters to the packaging needs of all sorts of products. What is today a packaging giant started off as a small plastic preform manufacturer with a couple of factories in Electronic City and Bidadi in Bengaluru. By the way, this business journey didn’t take its first steps with plastic, but with umbrellas, almost forty years ago.

A journey through the past

It is 1977, and the old flour mill at Tinsukhia, in Assam, is closing down. 21-year-old Vimal Kedia is at the site, and watches his father go through the emotion of closing down a legacy that gave three generations of his family wealth. Heavily ridden by debt, the father looks at Vimal and says to him, "I have no money anymore. You will have to fend for yourself."

That's when it struck. Wealth can keep you happy. But you never know when misfortune can strike. "Fortunately, I was prepared for it. I had just graduated back then, and I quickly began to work on business ideas," says Vimal, today founder and Managing Director of the Rs 800 crore Manjushree Technopack.

What people call starting up today was just survival back then. Back in the day, you either had a job or were in a business of your own.

He took a bus and travelled 20 hours to Karimganj, where he decided to manufacture umbrellas. He had heard from family members that umbrella manufacturing and trading was a lucrative business. "In the north-east, people buy a lot of umbrellas because it rains for several months," says Vimal. Through a common contact, Vimal employed an umbrella maker, who became an associate and helped the young man get through the trade. This associate understood the entire ecosystem of buying cloth, sourcing raw materials and the wholesale trade.

"Thanks to my father's good offices, a bunch of individuals seeded some capital to start the business," says Vimal. The money invested was no more than Rs 10,000. In under two years, Vimal went on to become a top three player in the region, primarily because he started branding his umbrellas. He called the umbrella "Rhino", and people instantly recognised it because of the white rhino printed on the cloth. "By the age of 26, I was secure in business. But I realised I could not scale it beyond Assam, and I was already a top three umbrella merchant at the time," he says.

The entry into plastics

Since Vimal was an established businessman, he was often invited by tea garden owners to see their sorting centres. It was at a Tata Tea garden that he realised that plastic bags were becoming popular for the first time to pack tea leaves. "I began to wonder if I could buy the product in bulk and wholesale it by playing with the price; then, I could make a killing," he says. A major plus point here was that Vimal already knew most tea garden owners, paving the way for him to start supplying them with plastic pouches.

In 1983, he started trading plastic by bringing it into Assam from Kolkata. He also roped his younger brother, Surendra Kedia, into the business. "I had just completed my chemical engineering, and my brother had got into the plastic pouches business. Together, we started expanding the business," says Surendra.

The brothers made Rs 50 lakh in revenues in under one year, and in a couple of years, they realised that they could manufacture it themselves. By 1996, the duo invested in a 5,000 square foot–plant, and christened the company Manjushree Technopack, named after the Kedias’ younger sister, who was a specially challenged child at the time.

"In ten years, my brother and I had helped keep our family from falling into hard times. Even then, we did not let ourselves sit quiet and become comfortable," says Vimal.

By the late eighties, the umbrella business was wound up, as the brothers became more mature in making polythene pouches for the tea industry.

By 1994, Manjushree Technopack was printing 500 tons of polythene per annum. However, change was in the air again - they realised that the eastern region was getting saturated, and saw the need to expand to other markets. At the time, plastic bottles were becoming popular in the western regions of India. They also chanced upon an advertisement from the government of Karnataka that called for applications from parties who could set up manufacturing units for polythene printing.

The brothers decided to visit Bangalore and see what happened. By then, they had also listed themselves in the BSE with a successful IPO of Rs 5 crore. Vimal visited Bangalore alone and camped in the city for 15 days.

"The good part was that I visited government departments and was given a red carpet welcome. I had, in those 15 days, also interviewed several technicians and consultants to set up a PET plant," says Vimal.

He says that he had no clue as to how things would pan out, and only envisioned that he would succeed in winning the business. In under six months, the Karnataka government sold them two acres of land in Electronic City, an industrial suburb outside of Bangalore, and gave them permission to set up a plant. The two units in Assam were given a back seat, and the entire family had moved to Bangalore by 1995. They invested close to Rs 5 crore to set up the plant, and began ramping up production.

Their first set of customers was the tea manufacturers themselves, and mineral water companies that cropped up around Bangalore. The company began supplying PET bottles, replacing pouches for teas. But Vimal did not stop there - he kept meeting companies in the south that were moving into the cola business. At the same time, in around 1998, the Cola wars (Pepsi versus Coke) began, and Vimal was quick to win the business of both companies. This gave a boost to the company's fortunes over the next decade.

It took them just under a decade to become a leader in the southern region, with 60 percent market share. In 2006, they were just a Rs 60 crore business, in terms of sales; since then, they have grown 14 times to become a Rs 800 crore business.

"Indian consumption has grown so much because the middle class has expanded, and with it have grown several allied manufacturing businesses," says Prem Kumar, MD of SnapBizz, a technology company organising the retail trade.

Reliance Industries supplies PET resins for Manjushree, which is commodity that goes in to manufacturing pre-forms for PET bottles. "The FMCG industry has seen very good growth over the last decade or so. With this the packaging industry also grew over ten times," says Nishith Patel, Head of PET at RECRON in Malaysia.

The Kedia brothers are modest though. They admit to making mistakes in business. Ever the consummate businessman, Vimal Kedia says that he wished he had gone after the liquor and pharmacy business more aggressively. "I also wish I had expanded in the northern regions of the country," says Vimal. He adds that his next bet is to set up greenfield plants or even buy existing plants to make his company go beyond the Rs 2,000 crore mark in the next few years. Recently they acquired Varayhi Ltd, a Delhi based packaging company, to help them expand in the Northern region.

When asked about tips he would give to startups, Vimal gives us the following pointers:

Vimal's sons Rajat Kedia and Ankit Kedia are now running the operations of the business. Aided by their uncle and father, the company is now preparing for the era of automation. Currently, Manjushree Technopack has an annual capacity of 90,000 metric tons. The company plans to automate in phases. It has already planned a strategy to automate its factories in less than a decade. It is working with a startup from Pune to identify the quality of preforms coming out of its machines. This itself reduces the burden of human intervention in processes by 10 percent.

The umbrella was the Mary Poppins for the Kedia family, and it has already made them one of the prominent business families in India.