Flipkart's integrated payment system PhonePe gunning to be the no.1 wallet

The fintech company is becoming Flipkart's integrated payment system for consumers and merchants.

In one of Bengaluru’s many IT Parks, Akshay, an admin staffer, is busy using an app to transfer money to a friend. Some may assume it to be Paytm, the app that everyone is talking about, but they would be wrong.

Upon enquiry, Akshay reveals that he is using the PhonePe app, which allows the payee to transfer money into his bank account immediately upon the money hitting his wallet. The app, built on the immediate payment switch platform created by the National Payment Council of India, allows the payee to transfer the money into his or her bank account immediately, unlike other apps. Also unlike other apps, which charge one to four percent on transfers from the wallet to the bank account, there are no charges here.

Over the last eight months, fintech startup PhonePe, which was acquired by Flipkart in an all-stock deal, has become a preferred app for remittances into bank accounts. With the coming of the demonetisation regime, people in tier 1 and tier 2 cities have been transferring their money to their families, back in smaller towns, through the PhonePe app.

Four million individuals have downloaded the app, which allows the user to use the virtual private accounts based on the Unified Payment Interface (UPI) to transfer money directly. "The sudden spike in our app usage is a testimony to the fact that we have facilitated the direct transfer of money loaded in the wallet to other bank accounts and also back into the user’s own account," says Sameer Nigam, Co-founder of PhonePe.

The learning from Flipkart

The last six months of integration with Flipkart and Myntra has taught the PhonePe founders that consumers do not like to hold money in their smartphone wallets, which the large e-commerce companies found hard to fathom. Founders Sameer Nigam and Rahul Chari spent a considerable amount of time with the e-commerce giants, convincing them that consumers did not want their "refunds" money stored in their wallet and that the only happy customer was the one who could transfer the money into his bank account. "Consumers in India want to make sure money is in their control. They do not like having it stuck in the wallet," says Rahul Chari.

After a few months, Flipkart yielded, and to their surprise, they noticed that people indeed wanted to transfer money into their banks. Flipkart loyalty went up by 25 percent after allowing people to transfer refunds into their accounts. This was measured by the increase in purchases from the same set of customers.

Any person can SMS PhonePe and register themselves as a beneficiary of payment through the app. PhonePe pulls their bank account details and enables them to receive payments from anyone using the app.

The company is also working on the merchant side with local language-based payment instructions. "The merchant-to-merchant piece is a large opportunity for digital payments, and we are also creating solutions for consumer-to-merchant transactions," says Rahul.

He says that their plans are to scale up across the country with the UPI platform and also allow Flipkart and Myntra's merchant operation to use the payment services soon. These companies have more than one lakh merchants on their platforms, which can use the app to pay vendors or receive money. The company is also working on SMS-to-SMS based payments between users on feature phones over the Unstructured Supplementary Service Data (USSD) platform. However, for this technology, the linkage between banks, operators and the app becomes vital, and there needs to be a security layer. Every fintech company is working on this platform and will launch the service once they have standards on USSD-based payments.

Next year, smartphone-to-features phone transfers will increase, as will B2B digital payments. The e-commerce companies will push digital payments through apps by linking UPI platforms with the PoS devices that are used during delivery.

Currently, PhonePe is betting on at least nine Indian languages to make it the preferred payment method. The 50-member team has been hard at work to perfect the payment instructions in vernacular languages.

The company has so far spent close to $2 million on the technology and the integration between all of Flipkart's platforms. It has also tied up with a couple of MNC quick service restaurants to allow digital payments at the counters. Flipkart has backed PhonePe‘s efforts to scale up. The fintech company promises to make cashless payments a reality. But how many people embrace a cashless economy even in tier 1 and 2 cities, only time will tell. But with PhonePe betting big on the merchant side, it will surely become the engine for Flipkart's payments. 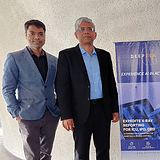 Future of Work 2020: Here are the speakers who will define tomorrow’s product, technology, design