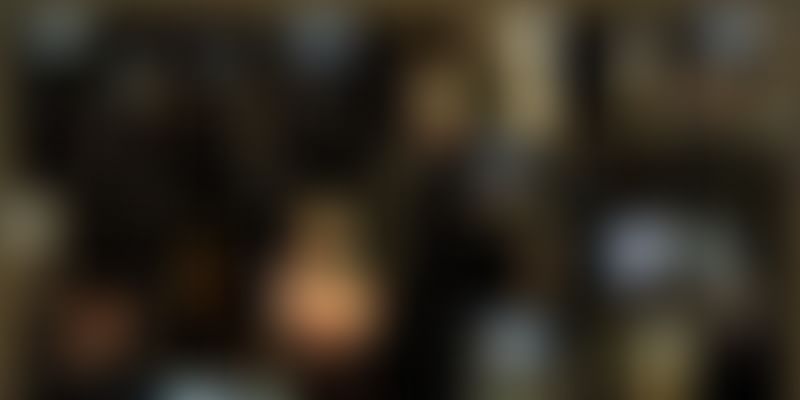 When two friends set off on an impulsive trek to a remote village in Arunachal Pradesh, little did they know that they were setting in motion a domino effect that would result in 273 homes getting light for the first time.

When friends and fellow travellers Merwyn Coutinho and Rajiv Rathod set off on an impulsive trek to Gandhigram, a remote village in Arunachal Pradesh, little did they know that they were setting in motion a domino effect that would result in 273 homes across 29 villages getting electricity. Completely cut off from the mainstream world, Gandhigram nestles in the lush jungles of the Eastern Himalayas and had no electricity at all. Now, thanks to The Batti Project envisioned by Merwyn and Rajiv, most of the homes have solar panels giving them a sustainable and clean energy source, without any negative impact on the ecosystem of the area.

Rajiv recounts their initial journey: “We went there around six years back. The Idu Mishmi tribes, who form the indigenous population of the area, were always at the mercy of daylight. After dark, they would borrow our tent lamps and torches to wind up their daily chores of cooking and cleaning and for their children to study. The following year we decided to visit the place again with solar lamps as Christmas gifts for the villagers. Their joy in response to the gesture inspired us to start The Batti Project.”

Merwyn and Rajiv are founders of a non-profit group called 'Further and Beyond' of which The Batti Project is a part.

Rajiv is justifiably proud of their work. He shares, “Thanks to the funds we raised from supportive public, we could bring solar-powered lighting systems to 29 villages comprising 273 tribal homes in Lower Dibang district of Arunachal Pradesh so far.” This district is mostly reachable by trekking on foot through rivers and jungles.

Team Batti’s ultimate vision, though, is to make the locals self-sufficient so that they can manage without outsider help.

The cost of electrifying an individual house is Rs 10,000. This includes all the logistics of procurement, transportation and installation. In short, everything required to ensure a Batti kit is installed at its intended destination. The solar-powered kits are directly procured from Barefoot Power, an Australian manufacturing firm.

Some of older villagers had never seen an electric light and reacted with child-like wonder when the light was switched on for the first time. The Batti team install the lights with the support of a few tribe members who live in nearby towns and are actively involved in the project. They also help in training the villagers on how to use and maintain the kit.

The group started two campaigns to raise funds for the project.

In 2015, they started an e-waste collection campaign in Bengaluru, wherein the products that got collected were upcycled or recycled. The proceeds from the campaign was pumped into the project. There was a dual benefit since the e-waste collected didn’t end up at landfill sites, thereby avoiding harm to the environment.

This year, they planned Ride To Light campaign, an 10-day and 300km cycling fundraising event in the Dibang Valley of Arunachal Pradesh. The event will have 25 riders participating and will take place between January 25 and February 4, 2017.

Is it ethical to introduce technology to tribes in remote regions?

Rajiv explains the reasoning behind taking technology to remote corners of the country. He says,

We city dwellers tend to harbour romantic ideas that the untouched must stay untouched. But we forget that it’s not our place to decide if remote communities should live undisturbed or interact with the outside world. That right is held solely by the community in question. And with them coming to us for help, we have no right to refuse as well. Instead we try to help make choices that are most sustainable to their future.

Change is often unavoidable. Team Batti hopes that whatever new technology these communities incorporate, they would do so without a reliance on unsustainable practices. A project like Batti may also dissuade communities from migrating to cities.

The reason why the government has not been able to take electricity to these pastoral tribes is primarily the violently changing landscape. Landslides, torrential rains and gushing rivers make it almost impossible to install the set-up for traditional power grids.

There are several villages who have reached out to the team. Once the team decides on the beneficiary homes, they raise funds, procure the Batti kits and take it via train and truck from the manufacturer’s hub to the last motorable point on the road. Then it takes between a few hours to a few days’ walk through the jungles to carry the kits to the villages and install them there.

Thanks to the Batti team, children can study after dusk and villagers get some extra time to finish their chores. Finally, when they switch off their lights for a well-deserved night’s sleep, it is a choice they make. Darkness is no longer forced on them.