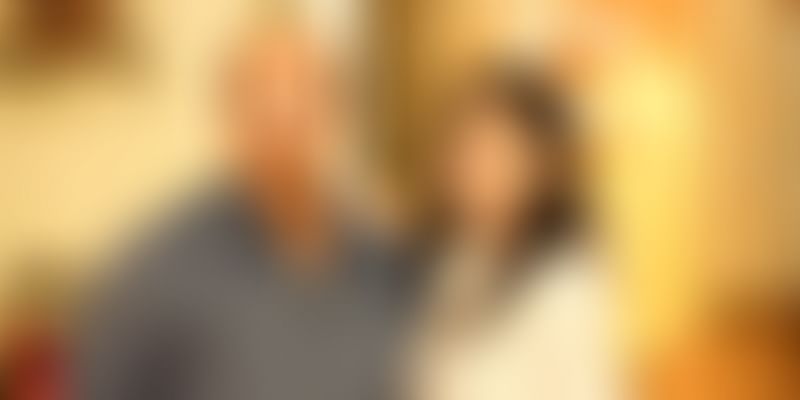 Uttarakhand-based Aromazeia manufactures and sells preservative jams, herbal teas, and essential oils to the world from the lap of the Himalayas.

Over 17 years ago, Akhilesh Pathak, now 56, had an accident that ended up changing his life. After trying all kinds of solutions for a broken shoulder that was causing severe pain even after the stipulated healing period, he decided to put his 33 years of knowledge of making attars (essential oils) and aromatherapy oils to use in creating his own pain relief oil.

After painstaking research, Akhilesh found the right combination and proportion of herbs to make the perfect blend. The oil was successful not only in relieving his own pain but also helped many of his friends and relatives. It was then that his daughter Swapnil decided to take this to a national scale with Aromazeia.

From engineering to starting up

After completing her engineering in Pune, 28-year-old Swapnil decided to come back and make Aromazeia a full-fledged platform for naturally made essential oils. “Our sole ambition is to spread this love all around the globe and bring people closer to mother earth,” says Swapnil.

However, setting up a brand in a small town and making it conform to international standards comes with its challenges. They soon realised that packaging is as important as the product itself. Swapnil says,

“It is really important to make sure that your product is attractive enough to draw customers’ attention in a crowded retail shop. Then come the roles of its performance and quality, which make the customer come back to you and buy it again. So as far as product styling was concerned, I decided to do it on my own, be it package designing or the photo shoots.”

The father-daughter duo then decided to establish a manufacturing unit in Uttarakhand, towards the end of 2014 and early 2015. Since the family had been making essential and aromatherapy oils, hydrosols, flavours, and fragrances since 1911, Akhilesh knew how best to manufacture the product.

Swapnil adds that the process of manufacturing has been handed down to the family for generations. Taking the example of attars, she says that they are obtained by a hydro distillation process (traditional deg bhapka process) which takes almost a month. This method is said to be almost 5,000 years old and there has been no change in the process since then.

“The oil blend we have used in our attar as a base oil is of organic grade and holds tremendous health and beauty benefits,” adds Swapnil. The core team consists of Swapnil and her father, but they also take inputs from Neelam Pathak, Akhilesh’s wife and Swapnil’s mother, as according to Swapnil, she is nothing less than an encyclopaedia of natural plants.

Aromazeia today has products like culinary herbs, herbal teas, essential oils, pain relief oils, and preservative-free jams and fruit chutneys, all being processed and packed in the Himalayas at a height of 6,000 ft.

The world of ethnicity

To establish the manufacturing setup and plant, the father-daughter duo dipped into the family resources and started officially in 2015. Between April 1, 2015, and October 31, 2016, the team claims to have made a revenue of Rs 44 lakh. Apart from their own website, Aromazeia’s products are also available on marketplaces like Amazon.

Over the past year, the focus on region-specific products and goods has been gaining strong focus. There is Giskaa, an e-commerce portal for Northeastern products and foods; Kashmiri Box focuses on natural products; Hopscotch, the e-commerce portal for Indian moms that grabbed $11 million in January 2015; and Place of Origin, a marketplace for ethnic foods, which was acquired by Craftsvilla last February.

Swapnil says, “Since the day we started, our first priority has always been the quality of the products and to deliver them to the buyers in the purest form, and this is what we are going to go ahead with.”