Bootstrapped and focused on robots, Chennai-based EPRLABs brings you a real-life WALL-E 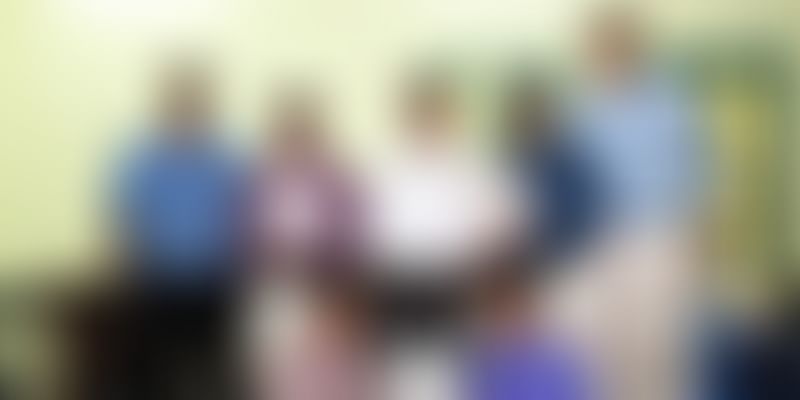 Focused on helping engineering students get practical knowledge, EPRLABs gets students to build robots that can do your mundane chores.

“I come from a middle-class family in Chennai. I love engineering more than anything in the world and that is what I identify myself more as. I want the world to know that India and Indians can make world class products,” says Purushothaman R, Founder and CEO of EPRLABs.

Started in 2009, Chennai-based EPRLABs is an educational printed circuit board manufacturing and training company. The company for over eight years now helps engineering students develop their own products and projects. Purushothaman adds that EPRLABs has been founded with the idea to solve a problem.

The platform is now focused on building and creating AI-based robots. Purushothaman adds that being bootstrapped, the company had to work with several professionals, academicians and work along different hacks.

Founding from the problem

The startup, he says, is based on the solving the problem that most engineering students face. Purushothaman says,

“We analysed why engineering colleges are not producing employable engineers. What is the problem and where is the problem? We found problems everywhere; we identified the key problem, that is, final-year projects. Out of 60 students, only two or three will work on their projects. The rest will buy some projects from project centres and look for jobs, which they will never get unless they have practical experience.”

“As an Indian company we compete with Chinese companies, hence our platform works along electronics, mechanical engineering, and software like AI,” says Purushothaman. The key product by ERPLABs is Prince (Robot), a penguin-shaped AI-based robot with an inbuilt computer.

Prince can talk, see, and listen to its users. It connects to the internet and is designed for security and surveillance-based application, entertainment, home automation, and cleaning. It has a 1.3GHz processor, 1GB RAM, and 16GB memory with an 8-megapixel camera, HDMI port, three USB ports, and one ethernet port with Bluetooth and Wi-Fi.

The main source of revenue for EPRLABs is through making robots and selling them. The team claims to have made a revenue of close to Rs 1 crore as of this year. Being an electronics entity, the team has realised that the Chinese are dominating in the electronics sectors.

A 2004 BE Madras University graduate, Purushothaman started his entrepreneurial journey during his second year of college. He says that he felt that he didn’t learn anything practically and so he started working under a TV mechanic, for browsing centres, educational institutes to know what was actually happening in the industry.

He found that electronics was something that was close to consumer markets and so he started exploring it. “I knew I would end up as junk engineer if I enter into the service-based industry. I worked for two years at AMI India and two years at Siemens VDO, Singapore, before starting EPRLABs,” says Purushothaman.

Robots and AI have become the name of the game. One of these is i2u2. It is a simple and affordable telepresence robot which can be controlled remotely through a mobile, tablet, or PC via an app connected to the internet. It enables the user to be virtually present at the location where the robot is, thereby allowing people to interact, monitor, or move around, with family, friends, or colleagues.

There here are over 170 AI startups in India, which have collectively received funding of $36 million. Bengaluru is said to have over 64 of these startups. Globally, there are close to 3,000 AI startups, and the market size is pegged at close to $14.28 billion. The US is believed to dominate the AI market, and Europe is believed to have 441 of the AI-focussed startups.