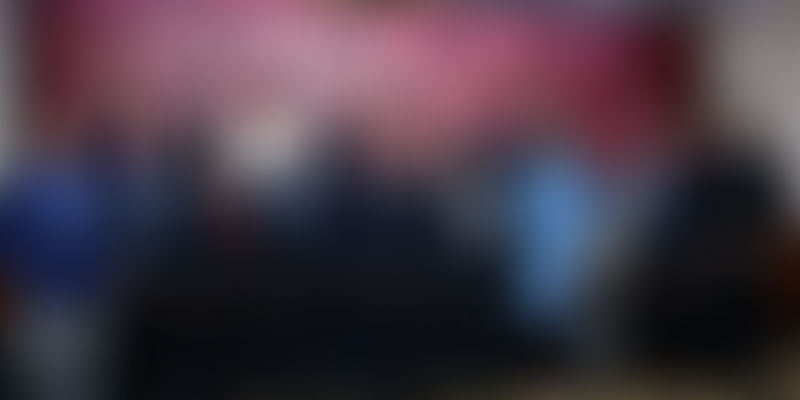 The Infosys Science Foundation (ISF) recently held an awards ceremony in Bengaluru to honour the journey and contributions of six top researchers for their work in their respective fields of Engineering and Computer Science, Humanities, Life Sciences, Mathematical Sciences, Physical Sciences and Social Sciences.

Held at The Leela Palace, Dr. Venkatraman Ramakrishnan, President of the Royal Society, Nobel Prize Laureate and Padma Vibhushan, was the Chief Guest. He felicitated the winners and awarded each laureate a purse of Rs 65 lakh, a 22-karat gold medallion, and a citation certificate.

The Infosys Prize is awarded under the aegis of the ISF, a not-for-profit trust set up in 2009. The Foundation is funded by a corpus that today stands at over Rs 140 crore (over $20 million), contributed by the trustees and Infosys.

Trustees of the Infosys Science Foundation, S. D. Shibulal, President of the Board of Trustees, N. R. Narayana Murthy, Mohandas Pai, Kris Gopalakrishnan, Srinath Batni and K. Dinesh, were present at the event, which was also attended by eminent scientists and leaders from different industries and academia. In his welcome address, S.D. Shibulal said,

The work done by this year’s winners traverses boundaries between various disciplines. Their research spans the areas of planetary exploration, broad ranging mathematical theories, human migration and community networks, and vaccinations for infectious diseases. Just as their work is multi-disciplinary, it is also multi-geographical in its impact.

He also noted that research is an exciting space, and urged everyone to encourage students and young researchers to be curious and dream big.

Dr. Ramakrishnan noted, “In a complex and technological world, it is increasingly important for all of us to understand the basis of science and technology, and to distinguish evidence-based facts from speculation and myth. Scientists work quietly to advance the state of our understanding in areas from pure mathematics and physics all the way to medicine and engineering, and the Infosys prize is a nice way to recognise the work of some leading scientists and stimulate public interest in science.”

The Infosys Prize 2016 winners were-

Prof. Kumaran’s work in fluid flows in soft-walled tubes is important in developing innovative technologies for lab-on-a-chip devices, especially in the field of cardiovascular health. These devices help deliver timely diagnoses that could help save lives.

Prof. Amrith is a historian who studies the interconnected histories of South and South-East Asia. His books deal with the rich history of human migration in this region, and his work lays particular emphasis on the lived experience of migration, its effects and consequences.

His third and most recent book Crossing the Bay of Bengal: The Furies of Nature and the Fortunes of Migrants (2013) presents a written narrative of the long history of a part of the Indian Ocean region that once acted as a maritime highway between India and China and was marked, in modern times, by imperial contests, the rise of port cities, and the movement of large numbers of people across territories. The book is based on a wide range of sources: both field visits and archival research in multiple countries.

Professor Amrith was awarded the prize for his contributions to the history of migration, environmental history, and the history of international public health, and in recognition of his field-changing research on the interrelated past of contemporary Asia.

Prof. Kang’s work has contributed to a better understanding of the natural history of the deadly rotavirus, which causes numerous infant deaths in India and around the world. Her work is crucial to synthesising effective vaccines against these infectious diseases as well as in designing public health policies that could help prevent them.

Prof. Venkatesh is a number theorist whose work encompasses techniques drawn from analytic number theory, ergodic theory, and homotopy theory. He looks for new patterns in whole numbers, and his work has helped explain a number of puzzling phenomena, and in doing so, has articulated the essential unity of mathematics.

Dr. Bhardwaj, a planetary scientist, is the only Indian scientist who has had a payload in every Indian space mission. He was awarded for his experiments on Chandrayaan 1 and the Mars Orbiter Mission, which have yielded new insights into solar wind interactions on the lunar surface and exciting new information about the Martian atmosphere. He also attempts to understand our own planet and its journey through time.

Prof. Munshi is an economist whose research shows the complex role of informal community networks in the process of economic development. This work is important because, when markets function imperfectly, networks of socially connected individuals can both hinder and enhance economic efficiency in complex ways. He employs a combination of rigorous econometric analysis and attention to social and historical detail that is rare in economics.

He was awarded the prize in recognition of his deep analysis of the multifaceted role of communities, such as ethnic groups and castes, in the process of economic development.