Find out Myntra’s tech secrets for its biggest fashion sale 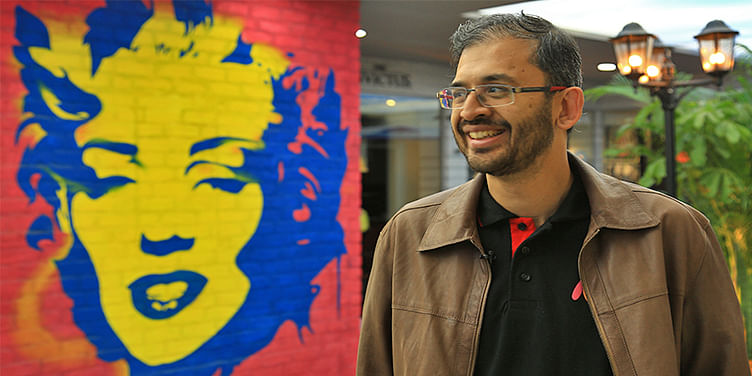 Online fashion marketplace Myntra is walking into 2017 in style, after a fabulous year, undoubtedly its best so far—hitting $1-billion run rate, acquiring rival Jabong, and dominating online fashion with 70 percent market share through alliance with Flipkart and Jabong. This fiscal year, they are estimating $1.5 billion run rate – and the coming week will see the efforts taken in this regard over the last three months.

Myntra claims their End of Reason Sale (EoRS)—to be held from January 3-5—is the biggest fashion sale in the country. This is the fifth edition of the sale, following ones in January and July 2015, January and July 2016. With 3.5 lakh products at up to 80 percent discount, Myntra expects to clock over 25X in sales this time around.

Myntra is hoping for 100 percent rise in revenue with EoRS – a feat that is by no means easy to achieve, considering the demonetisation is still under way. More importantly, Myntra’s investment this time is lower than that of their last EoRS (in July). Ananth Narayanan, CEO, tells YourStory: “You can’t double the revenue with the same resources and push for profitability without actually innovating. All of Myntra is coming together for that.” Myntra plans to deliver 50 lakh products from more than 2,000 brands by the end of the sale.

During the July sale, Myntra had introduced ‘price reveal’ – whereby prices are revealed a day prior to the sale, and the customer can add items in the cart. Once the sale begins officially, they can pay for it immediately. Besides price reveal, this time Myntra has introduced gamification to enable customers to play a game on the app, accumulate points and stand a chance to win early access to the sale. All this is expected to increase their customer base by 450-500 percent, which should help them throughout the year in revenue.

YourStory spoke to Myntra’s top leadership to find out how they have prepared for the sale.

Myntra estimates traffic to increase by 60 percent over the previous sale period. Ensuring that the site doesn’t cash due to high traffic is a Herculean task for the 400-member tech team. Myntra’s Chief Technology Officer Ajit Narayan says, “We have a mathematical model of consumers’ behaviour. We can estimate demand: how many users will turn up, how many will convert, how many will face issues in the cart etc., based on mathematical model. By simulating consumer behaviour through mathematical model, we generate the kind of load that you typically see on that day. We are thus able to study the patterns of what causes stress to the system, and start tuning them.”

Normally, the standard flow is the ‘funnel’ - homepage, list, add to bag, then checkout. So the systems are scaled in such a way that the early part of the funnel takes the load – because that’s where maximum users are. Then on, they drop off. So the latter part has to be much smaller. You don’t have to scale the cart massively. The browse part, however, has to be paid more attention to. Ajit adds: "When the cart is under stress, we scale all of it equally. We just broke the funnel tally open – nobody has done it yet; so there is nothing to copy from."

But due to price reveal feature, when you browse and fill the cart on one day and then check out the next day, the cart is under extreme stress - because the funnel is split into two days. Ajit says: “We have seen the situation, so we know what happens next, what bottlenecks to look for, and how to deal with it. We can put a queue at any point in the funnel, tell the customer that there are many people in that part of the funnel and request them to wait.” Thus, no systems are reaching the breaking point, and they can come back to normalcy. As soon as their wait time expires, they come back into the system.

But all parts of the system have a role to play in this orchestration. Artificial load simulation is applied to every aspect to be ready for any bottleneck.

“Systems don’t scale endlessly. Throwing in more machines will not help beyond a point. So you have to fundamentally change the architecture at times. That’s what we did over the last few sales and it has really helped us. We practise the opening of the gates and people rushing in. You have to place a bet on which system you need to scale more than others. Search is scaled a lot normally, while the cart is not. But during EoRS, we scale all of it equally,” Ajit adds.

Revenue from mobile site and website together for Myntra is 15 percent, while that of app is 85 percent. To solve the issue of limited real estate in smartphones, Myntra does device-specific builds for app. “If you put all design specifications into one, the size would be huge. It’s 12-15 MB now, depending on the device; universal is 15,” explains Ajit, adding that they are using Facebook’s React Native technology to bring down the app size.

Logistics is the key

One of the key expectations of every online sale is stronger-than-average logistics. Since five million shipments are expected in five days during EoRS, Myntra is holding 40 percent extra inventory and has tied up with third parties like Ekart, Ecom Express, Blue Dart, and Delhivery, although Myntra Logistics (ML) usually handles 60 percent of the company's deliveries. It has 1,500 warehouse staff, 2,000 delivery boys, and an extra 1,000 delivery boys through third parties. Each boy is expected to deliver 60 shipments per day.

Faster delivery is not possible due to higher volume. However, 60 percent shipments will be delivered in three days and rest in four. Myntra co-founder and Head of Operations and Supply Chain Ashutosh Lawania says, “There will be 3x increase in transport from warehouse to customers’ city in last-mile delivery. In 10-12 days, 90 percent shipments for EoRS will be delivered. Last time there was more enquires from customers. This time there will be more clear communication on app itself as soon as order is placed,” says Ashutosh.

Although e-commerce in India had seen a sudden dip in business post announcement of demonetisation on November 8, Ananth believes that the timing of EoRS is fabulous. “Due to demonetisation, lot of demand was not actually met in November and December – our annual growth dipped from 80 percent to 50 percent during this time. Demand from Tier II and III cities had dropped too. But in January, the demonetisation effect will go down. People still need fashion – a sale like EoRS will help restart spending on fashion retail,” he says.

To ensure that the demonetisation won’t bother customers who are reluctant towards prepaid transactions, ML provides card-on-delivery option in 95 percent of the pincodes it serve. Myntra also has specific offers for online payments.

“This time cash-on-delivery will be lower. Delivery efficiency is higher due to this: it takes four minutes to deliver a prepaid package, and eight minutes for a CoD package,” says Ananth.

Besides clearing out the inventory for new season to welcome new customers from newer geographies, EoRS could be a step forward for Myntra’s ambitions on achieving profitability in 2017. Ambarish Kenghe, Chief Product Officer at Myntra, says, “For us, transactions have to scale disproportionately. Otherwise it’s not viable; we are concentrating it in a small period of time by bringing all these brands together.” He believes that unit economics will be positive for EoRS. “With this scale, it ends up offsetting some fixed costs that we have built into unit economics. We just have to ensure enough margins in the process,” adds Ambarish.

The marketplace, which already owns 12 private labels, is planning to scale its emerging categories in 2017. Although e-commerce has reckoned with discounts to acquire customers, Ananth is betting on customers moving away from discounts to value and services like ‘Try and Buy’ feature. Myntra is also opening an offline store in Bengaluru this year.

The company is hoping to win old customers back and acquire new customers during EoRS; Tier II and III cities are expected to contribute about 45 percent to the volume of sale. Will Myntra’s claims become true this year? Will this fashion marketplace be the first to be profitable in India? 2017 will tell us.