If you’re selling online, this AI-based app will click the most 'sell-able' pictures using nothing but your mobile phone 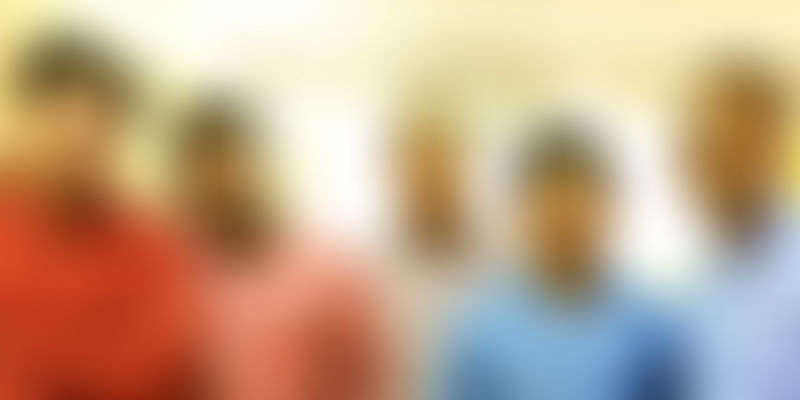 On an e-commerce website, a product’s photograph is its salesman. The better the catalogue score, greater are the chances to sell. And if one were to look at the buying patterns of users in India, better photographs instill a sense of trust with the brand and grant it prestige, inducing the user to choose it over another, relatively poorly presented competitor.

For five buddies waiting for their chance to create something valuable for the world, the gap in this space was too wide, and these stats too irresistible, to not be acted upon.

They started hacking away at their ideas right from the final year of college. Having registered their company, Rhapsody Labs, they were working round the clock, building an augmented reality (AR) product, that is, virtual trial solutions (of outfits on fashion e-commerce sites) in 2012. They turned down their offers during campus placements, and chose to commit to what they had started. “We all knew that the life we were choosing would be challenging and would consume the entirety of our lives, but we realised that to create value, we had to take the plunge and take the world head on,” says Siddharth.

While, in 2012, e-commerce had taken off in western markets, in India, it was yet to hit the mainstream. In the meetings for their virtual trial, the clients – largely fashion e-commerce portals - repeatedly cited issues in the picture quality of the photographs listed on their platforms. And good photography was a prerequisite for using their product. After speaking to hundreds of retailers, they realised that this was a major problem in the cataloging industry. “At first, we started off with DSLR cameras and built an automated box around it, but as the e-commerce market took a shift to the marketplace model, we had to innovate using the ubiquitous mobile phone. This was the time Pictor was created, in November 2015,” explains Siddharth.

Behind the scenes with Pictor

Pictor heavily relies on Machine Learning and Artificial Intelligence for its products. The Pictor app helps online sellers and manufacturers click online-ready photographs of their products using their mobile phones, without any external equipment. “In the app, we guide the user to click with the right angles, help him get the background right, correct his lighting setup and prompt them for various other photography parameters required to click a good product shot,” Siddharth elaborates.

Once the picture is clicked and uploaded to their servers, the image is subjected to a blast of image processing and Machine Learning algorithms, to make it compliant to online marketplaces. A team of graphic artists also assesses the quality of the images and gives them final touches.

For their clientele, two primary concerns are the increase of sales and the reduction of costs. So, the app is free to download, but the user is charged on an image basis to get them retouched, which, depending on the complexity of the article and the quality of the photograph shot, costs between Rs 8 and Rs 45 per shot. A real-time quote is provided to the user, based on their images.

“The backend work is where the real magic happens; we use a host of Deep Learning and artificial neural networks to get the results. Right from object segmentation to real-time pricing, we have heavily invested in Deep Learning, and have reaped exceptional results,” says Siddharth.

As of now, all the images shot go through the graphic artists compulsorily, but they will be adding a new app that will automatically enhance photos without human intervention. “We have already achieved 40 percent automation; in the next six months, it should be 90 percent automated,” he says. It also helps that they are built to scale, and as they receive and process more images, their machines provide better results.

One of biggest challenges they faced was the quantifying of the image editing process, which, until now, was aesthetically driven. In the initial stages, they operated like a traditional photography house, to understand the entire process, from photography to image editing. Here, each person working on the images was essentially an artist, thus producing different outputs every time. In fact, their image processing algorithms also failed to deliver as the input images varied considerably.

However, the alternative approach of quantifying the image editing process did the trick. “We reduced the number of decision points of the image editors from 40 to three by employing an assembly line model in image editing. Each part of the assembly line was designed to put different types of Deep Learning models in place to automate it. This ensured scalability and consistency in the output, and maintained the overall quality of the service,” says Siddharth.

And photography is just one part of a big puzzle they are trying to piece together. Stuff like sentiment analysis, catalogue likeability factors, real-time analysis of product pages of a website, and product level comparison to increase saleability are some of newer technologies being explored, and they intend to roll them out soon.

Pictor’s clients predominantly belong to one of two sets - e-commerce companies or online sellers. The huge amount of data they needed to get their algorithms in place was provided by enterprise e-commerce sellers. And like any B2B business, they took the route of direct selling to net prospects.

Enterprises such as Flipkart, GS1 and Amazon Now are using Pictor for their cataloging. Pictor is also at the pilot stage with other big Indian e-commerce companies. “We have processed over two lakh images till now, and the count is going up week-on-week. Our app is being used by individual sellers from Amaravati to London,” says Siddharth. Having started with a four-member team, Pictor now employs thirty.

Every product that goes online has to go through the process of cataloging. Cataloging, globally, is a multi-billion dollar industry and is typically run in the KPO (Knowledge Process Outsourcing) model. There are many traditional players in the industry locally, such as Online Becho and Moksha. Globally, some big names in the industry are Pixc and Pixelz. Apart from them, there are websites that rely on image processing algorithms such as Background Burner and Mr clipping, which offer a self-service portal for editing out the background.

“Our USP has always been the quality of our output, the prices at which we offer our services, and our turnaround time,” Siddharth states.

The young company recently made it to the top ten of our flagship event MobileSparks owing to the robustness of their technology, and impressive strategies to scale. They also received Rs 1 crore as seed funding in May 2016 from Quarizon, a Delhi-based manager of private investment partnerships. They are currently in the process of raising more capital for the new products being developed.