Bhakti Ghatole, an IAS aspirant who lost her eyesight at 9, wins gold medal from Nagpur University 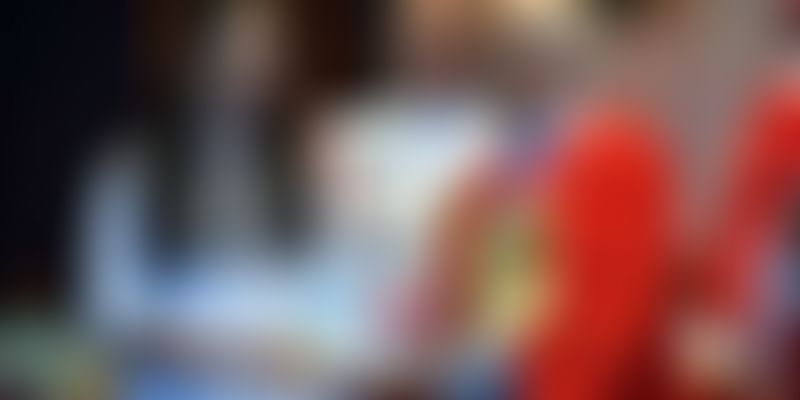 At the age of six months, it was detected that she had retinoblastoma (a type of cancer) in her right eye. Doctors did everything they could to prevent it from spreading to her left eye, but they were unsuccessful and within nine years, Bhakti Ghatole lost her eyesight. At that time, no one could have predicted that she would one day win the gold medal for topping political science.

Her father, Ramesh Ghatole, works at the National Insurance Company as a development officer and her mother Sushma is a housewife. Bhakti has a sister and the family moved to Nagpur from their ancestral village in the hope of finding treatment for Bhakti. They kept visiting Hyderabad and Chennai very often and Bhakti had to go through over 25 sessions of chemotherapy which went to vain.

Despite everything, her sense of commitment and determination didn't stop her from achieving what she stepped out for, and Bhakti, now 21, is a first-year BA student of political science at Nagpur University.

Speaking with Nagpur Today, Bhakti said, "I prefer to study late in the night when the area becomes quiet and peaceful. I had to put in some extra hours during examinations. I did a selective and intense study plan during my exams to succeed. I attribute all of my success to her parents, sister, my big family, college teachers, and friends."

In an interview with The Better India, she said, "I felt so happy to have made my family proud. It’s never been easy, but I have never felt incomplete. Yes, my disability could be a hurdle sometimes, but it certainly cannot stop me from pursuing my dreams. Life is beautiful and I intend to live it to the fullest."

This humble girl is passionate about becoming a psychologist and then fulfil her dream of becoming an IAS officer. In spite of having succeeded after a tough journey, Bhakti's hope to get on with the tougher journey ahead is quite admirable and something the rest young people everywhere can take inspiration from.

"I was seven, I had already been through so much. When I lost my sight completely, I gave up and I refused to talk to anyone and refused to go to the doctors and temples. I just wanted to quit. That was when my parents took me to the Yoga Abhyas Mandal in Nagpur. I started learning yoga and meditation and it helped. I became a positive person and decided to accept my life as it was," she told The Better India. Bhakti learned braille and thereby tried focusing at a school with her sister's assistance. Things really turned around when she came in contact with the Jidnyasa Kubde, her teacher turned mentor. She owns an NGO called Atmadeepam Society where she offers computer training to the visually disabled.

Recalling those times, Bhakti says she didn't like learning braille but things became easier for her after she started learning how to use a computer. Bhakti can now compose her own mails, manage her own social media accounts, and browse the internet. She took all of her exams with the help of a computer except for in the 10th grade when she used a writer. She scored 94 percent in her 10th class board exams. She was even the topper in the state for the disabled category. She went on to be the second in Nagpur in her 12th class board exams with 88 percentile.

This extremely humble gem from Nagpur credits her parents and sister and says she is proud of being a part of a joint family, which is a huge support system.